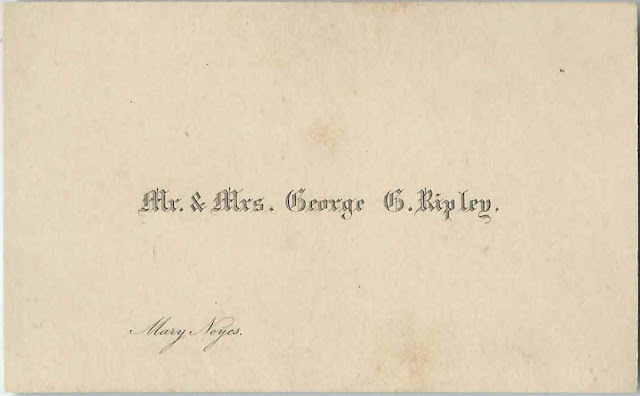 Susan's name was left off the marriage record, and Betsey's name did not include her birth surname; these were found by researching their husbands.

Interestingly, the card was found enclosed in an envelope addressed to Mr. Ranson Ripley, who was presumably George's brother, as the elder Ranson Ripley had died before George's marriage.  Ranson, Jr., married Julia M. Thayer.

Note: some records show Ranson as Ransom or Ransond, but, in histories of the area, the name appears as Ranson Ripley, just as written on the envelope. 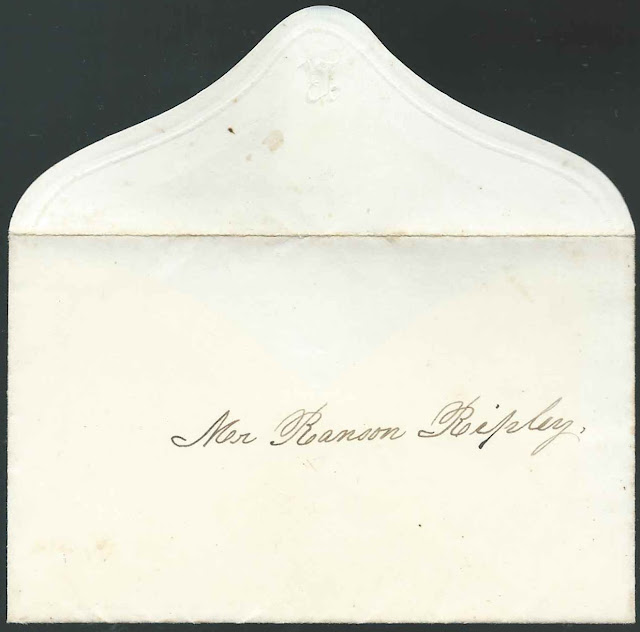 It appears that George and Mary moved to the Midwest, at least for a time, but either returned or were visiting when George died at Brockton, Massachusetts, in 1899.

If you have more information on the Ripley and Noyes families, please leave a comment or contact me directly.
Sources