1881-1900 Autograph Album of One of the Sons of Freeman Stone and Adaline Marinda (Brown) Stone of Rowe, Massachusetts 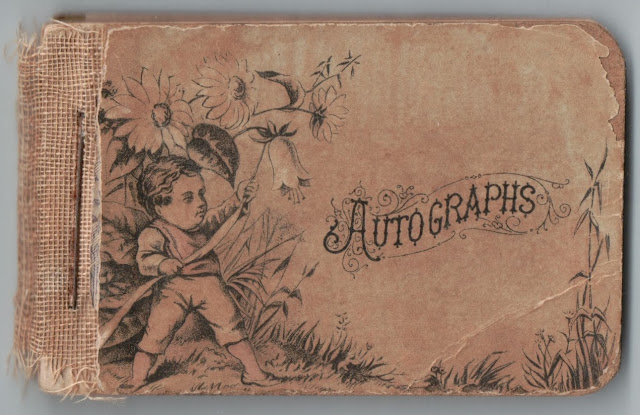 1881-1900 autograph album that belonged to one of the sons of Freeman Stone and Adaline Marinda (Brown) Stone of Rowe, Massachusetts.   We know that the owner was a son and not one of the two Stone daughters because on the pages they inscribed they described themselves as the album owner's sister.

The album appears to be missing some of its first pages, which might have included an ownership page, presentation page and title page.  It measures approximately 4" by 2-1/2" and contains the sentiments of 9 of the album owner's relatives, friends and teacher.  An alphabetical list of the inscribers, together with any personal information they offered, appear at the end of this post.

Just because Alonzo Freeman Stone inscribed a page doesn't necessarily rule him out as the album owner.  It wasn't unusual for owners to inscribe pages, and in this case, Alonzo might have taken pen in hand in order to inscribe the page facing one inscribed by his first wife Cora Louisa (Maynard) Stone.

The inclusion of a page inscribed in 1882 by Sadie F. Hillman, who described herself as the album owner's teacher, would seem to favor one of Alonzo's younger brothers, though it's possible that Sadie was referring to a past relationship. 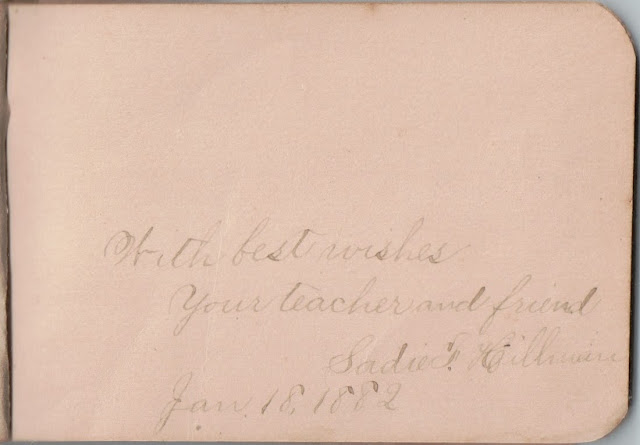 The Stone children were born between 1858 and 1870 at Rowe, Massachusetts, to Freeman Stone and Adaline Marinda (Brown) Stone.  Adaline inscribed a page in the album at Halifax, Vermont, in June 1900, the only page inscribed beyond the 1880s. 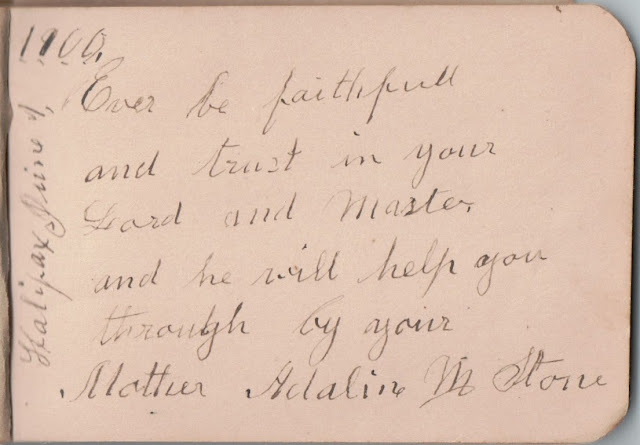 The pages inscribed by the two sisters, Addie E. Stone and Mary L. Stone, both inscribed near Christmas in 1881, so I'm guessing that this album was a Christmas present. 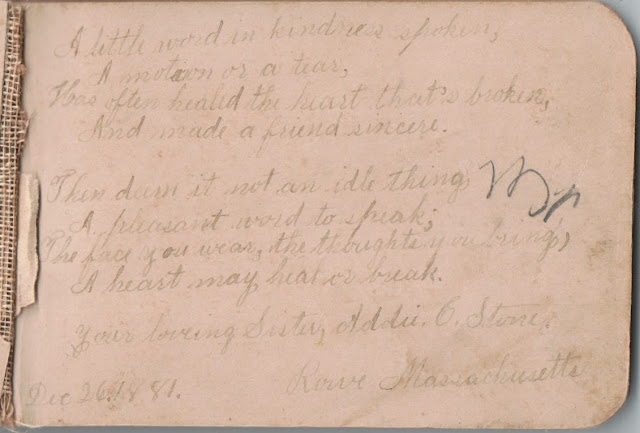 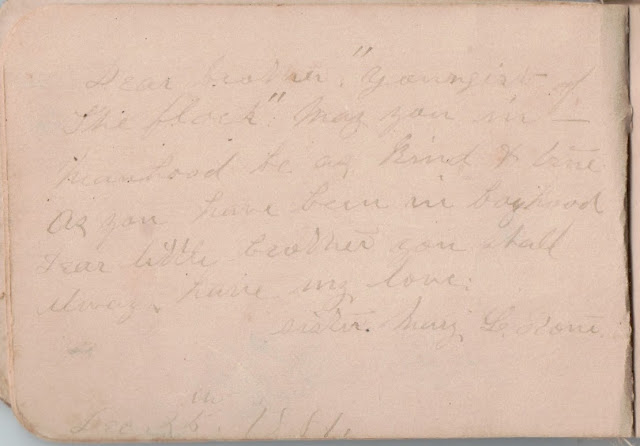 The brothers, one of whom was presumably the album owner:

Page inscribed by Mattie A. Brown of Jacksonville, Vermont; she would become the first wife of Frank B. Stone. 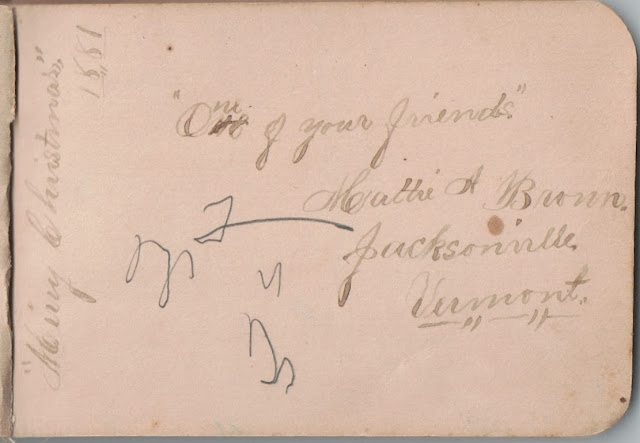 If you have corrections and/or additions to the information above or information on any of the inscribers listed below, please leave a comment or contact me directly.