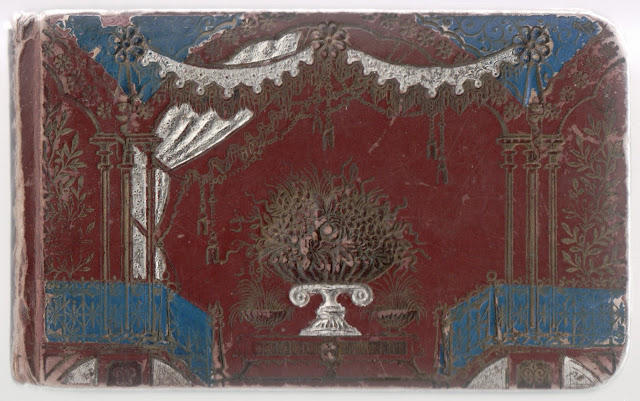 1880s autograph album that belonged to Mattie A. Bailey, presumably of Logan County, Kentucky, and presumably a student at Pleasant Grove Academy and Logan Female College, which some of the inscribers cited.

The album was given to Mattie by Lula L. Hausford. 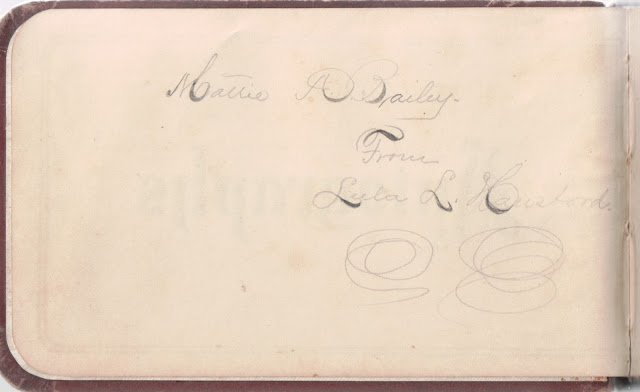 The album measures approximately 5-1/2" by 3-1/4" and contains the sentiments of over 40 of Mattie's relatives, friends, schoolmates and teacher, two of whom inscribed more than one page.  An alphabetical surname list and an alphabetical list of the inscribers, together with any personal information they offered, appear at the end of this post.

Sadly, many people left only a given name or a nickname. 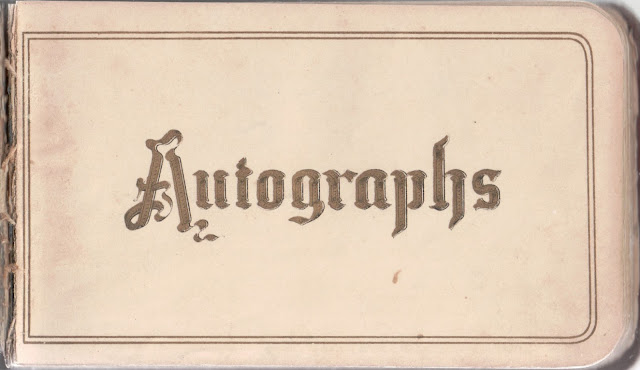 I'm not sure which of the several instances of a Mattie A. Bailey the album owner is.  Hopefully a reader will weigh in with a theory, based on the following clues:


Some of the pages features intricate designs. 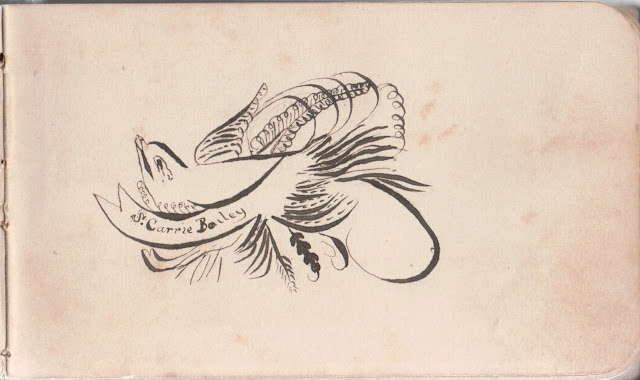 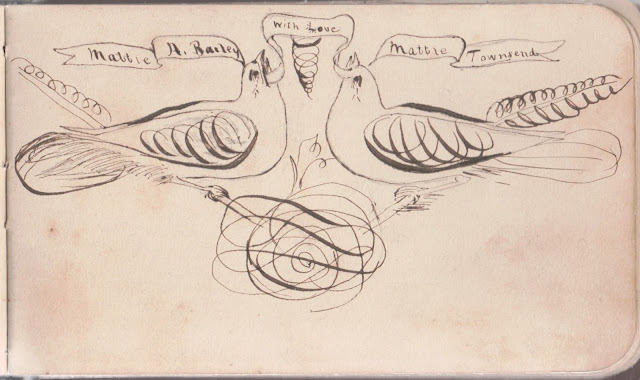 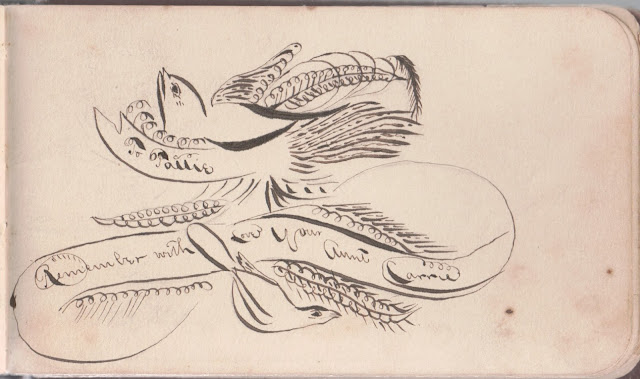 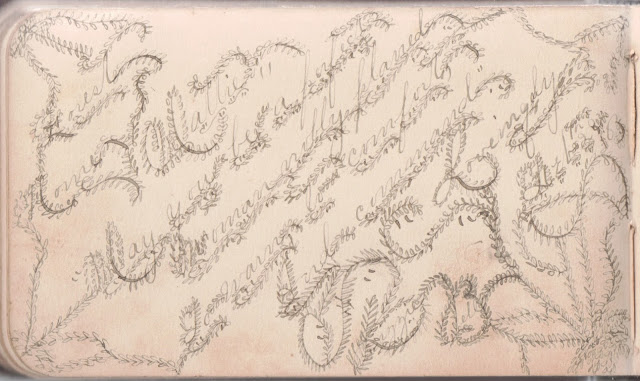 Lizzie Bell - I think, but I welcome your interpretation 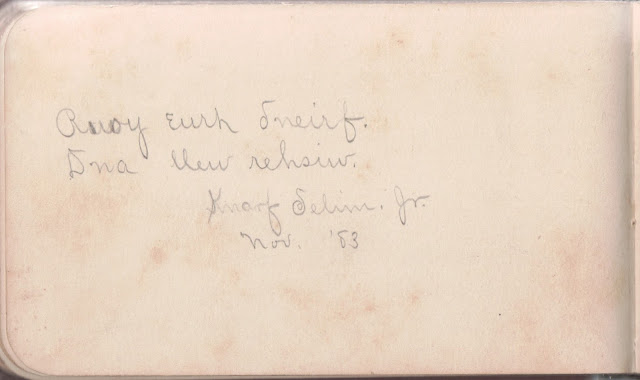 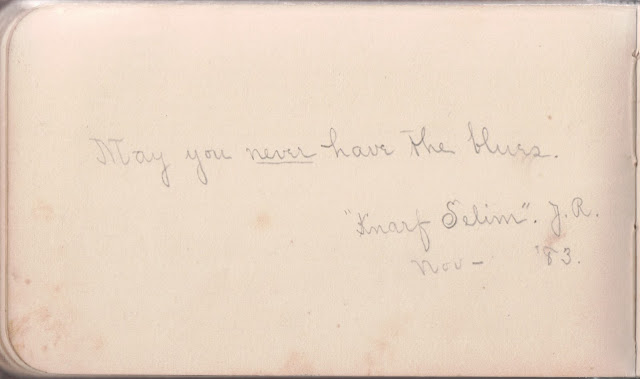 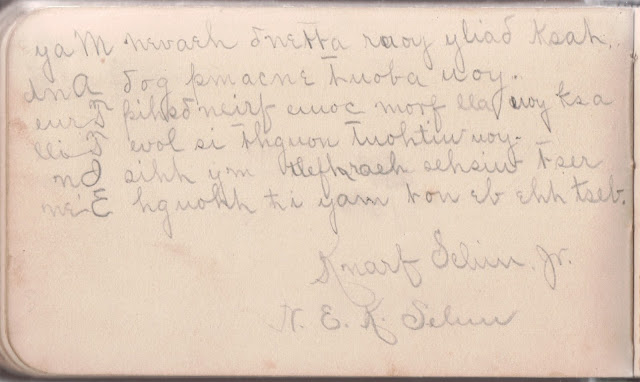 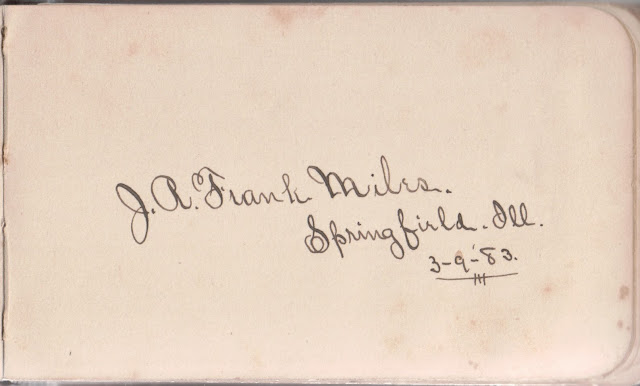 If you have a theory as to the identity of Mattie A. Bailey or information on any of the inscribers listed below, please leave a comment or contact me directly.

Posted by Pam Beveridge at 3:59 PM