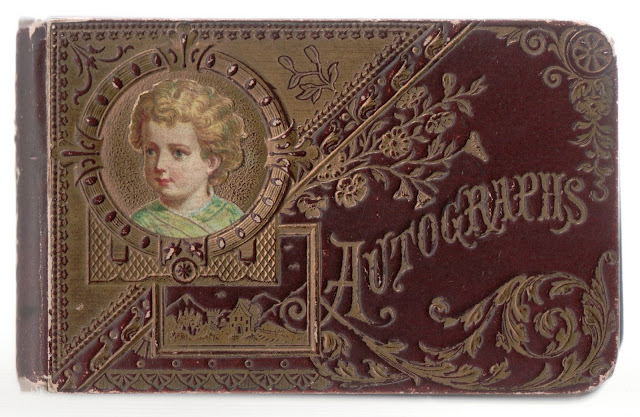 Surnames in the Album [note: an alphabetical list of the inscribers, together with any personal information they offered, appears at the end of this post]


There may be some pages missing at the beginning of the album, including any ownership page, presentation page or title page, if they had ever been present.

Many of the pages are inscribed "to Laura", but the page that identified her was that inscribed by her mother Martha Ellen (John) Finnie at Collins, Iowa, on January 30, 1893. 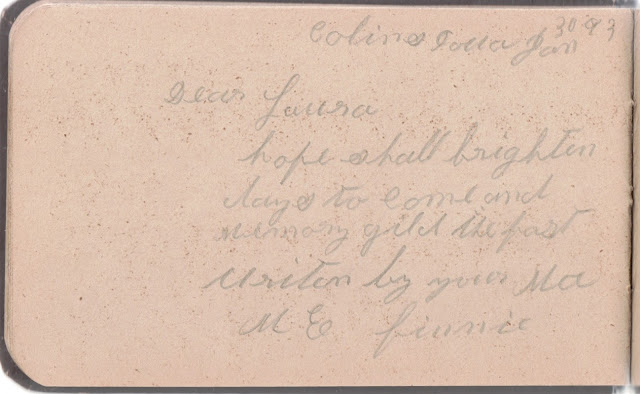 The album measures approximately 5-1/2" by 3-1/2" and contains the sentiments of 24 of Laura's relatives, friends and schoolmates, from Iowa and Nebraska.  An alphabetical list of the inscribers, together with any personal information they offered, appears at the end of this post. 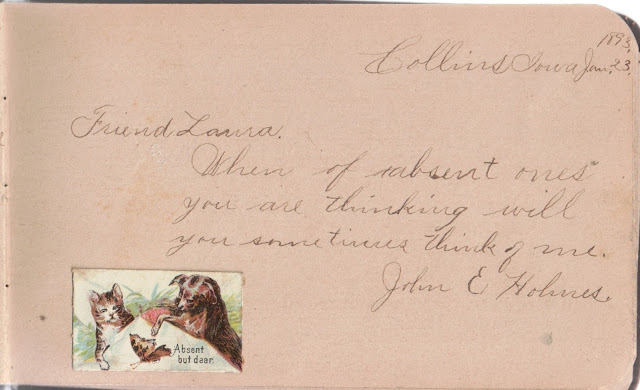 I invite readers to decode the name of this inscriber, who left a sentiment on March 7, 1891. 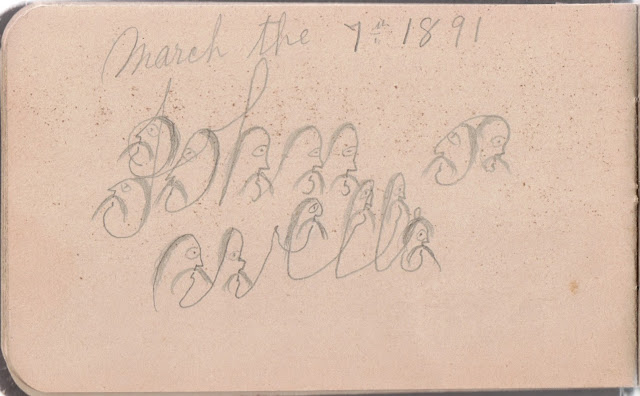