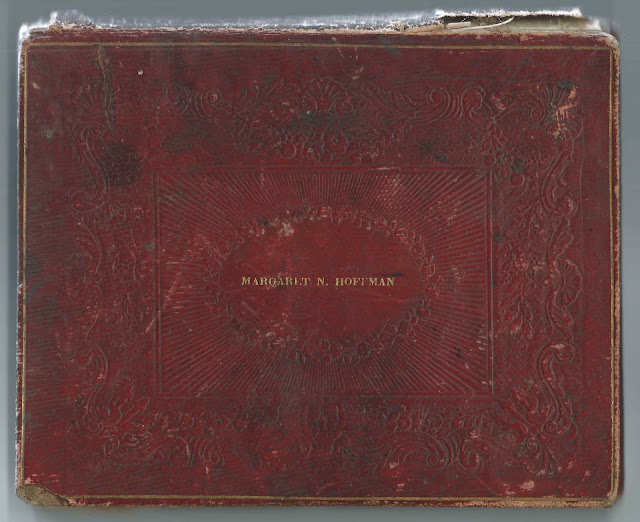 1830s/1840s autograph album that belonged to Margaret N. Hoffman, whose name is printed on the front cover.  The person who sold me this album indicated that Margaret was from Caroline, New York, and was a student at Normal School at Ithaca, New York.

Several inscribers also mentioned the Western Reserve Teachers Seminary at Kirtland, Ohio in 1846; perhaps Margaret was a teacher there? 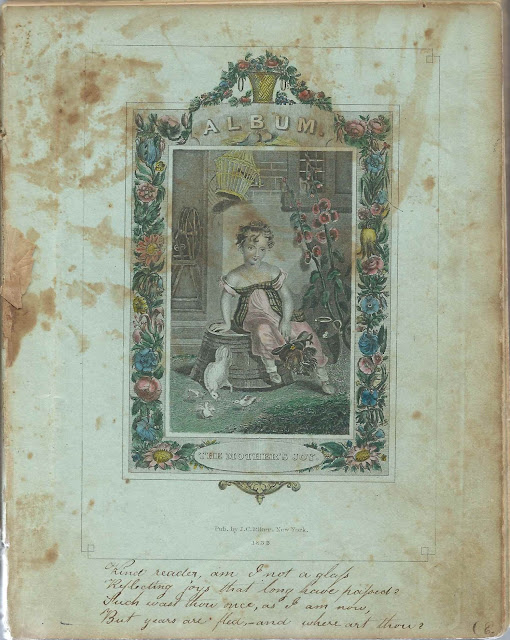 The album, which was published by J. C. Riker of New York, New York, in 1833, measures approximately 7-1/2" by 6" and contains several engravings interspersed throughout.  It also includes the sentiments of perhaps as many of 60 of Margaret's friends and schoolmates, although perhaps far less, as it appears that some people inscribed more than one page.

An alphabetical list of the inscribers, together with any personal information they offered, appears at the end of this post. 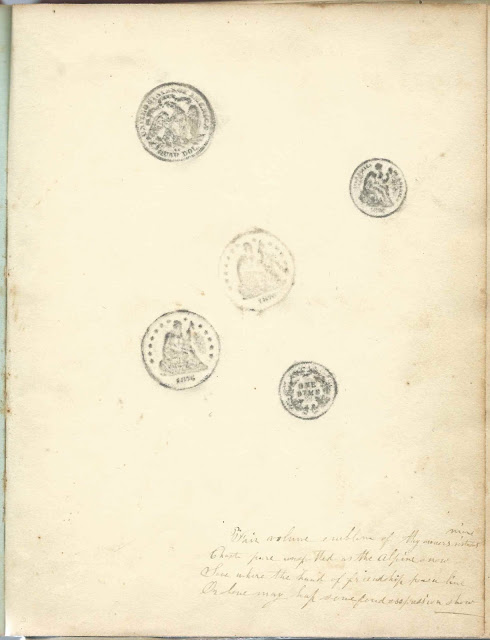 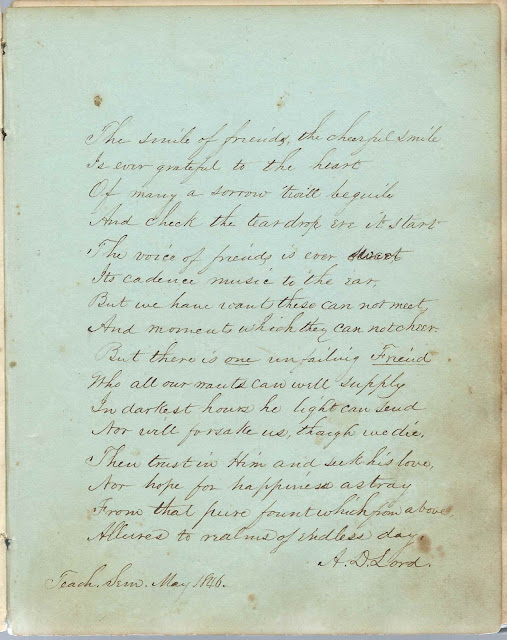 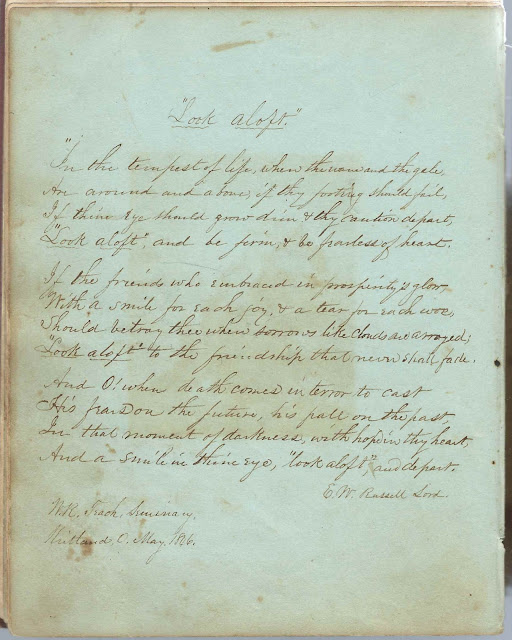 Several Leggett sisters inscribed pages, some more than one.  Mariette S. Leggett inscribed the page below. 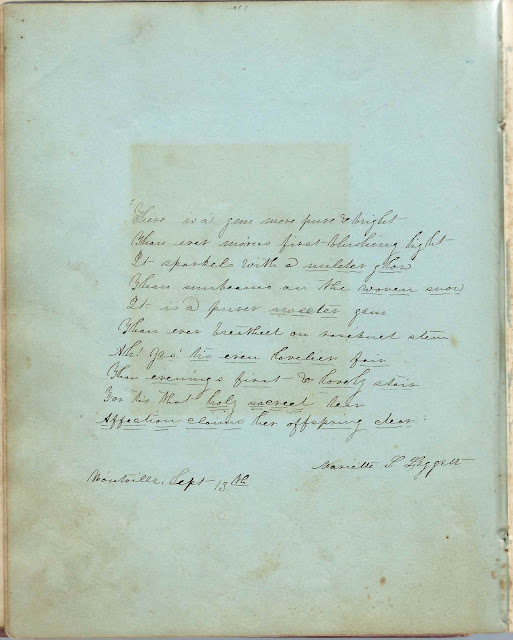 Emiline Rounseville of Caroline, New York, inscribed the page below in 1835. 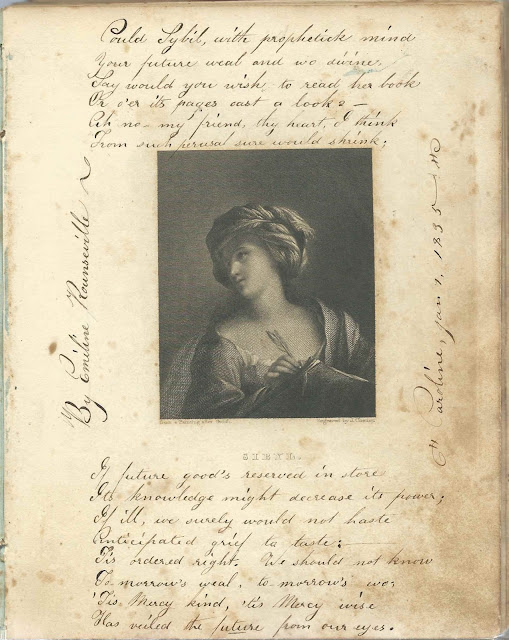 Lydia P. Mott inscribed the page below and included consonants "found in an old Welsh Church under the ten commandments": 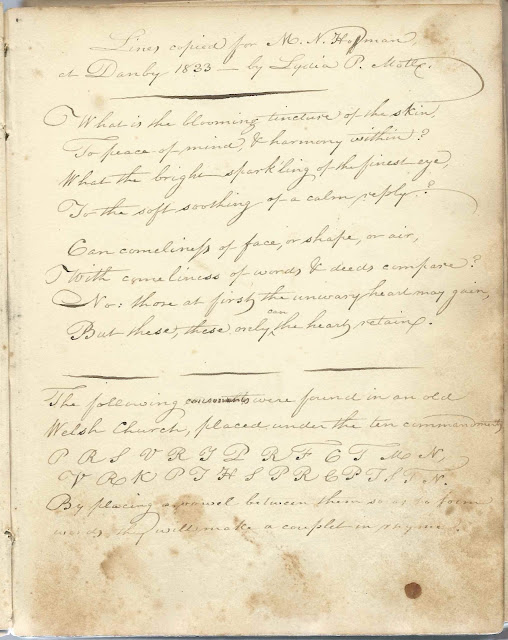 The page, below, was inscribed by two people, M.N.H. and S.A.  M.N.H. may have been the album owner Margaret N. Hoffman. 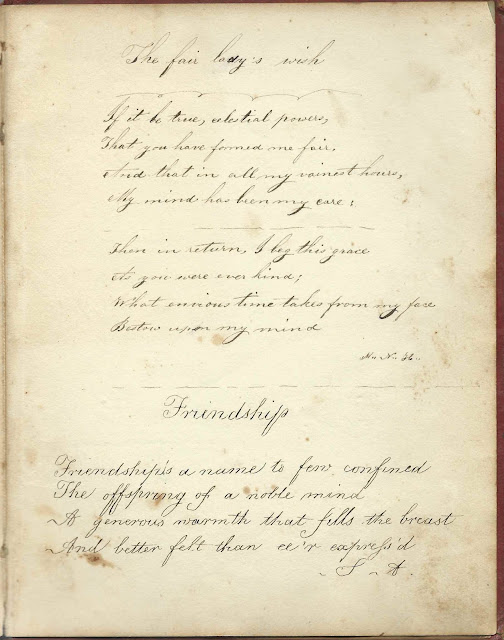 If you have information on the family of Margaret N. Hoffman, or information on any of the inscribers listed below, please leave a comment for the benefit of other researchers.

Posted by Pam Beveridge at 7:04 AM