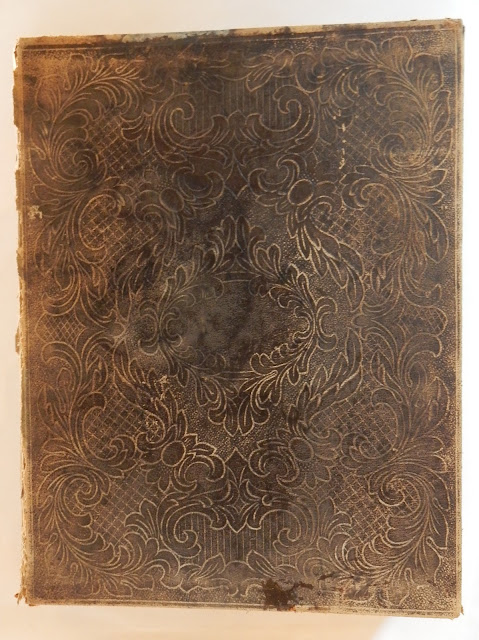 Bible that belonged to Lydia Gilman (Redington) McClellan with entries from her first marriage to John Jay McClellan.  The last entry is that of her daughter Emily, who died in 1861.

A note from the Bible's seller indicates that the McClellans lived on Clinton Street in Brooklyn and spent summers at the summer residence of Lydia's tea magnate grandfather, presumably Nathaniel Gilman.  Nathaniel's son George founded the Great Atlantic and Pacific Tea Company.

Four years later John Jay McClellan would die, but that fact is not reflected in the Bible, nor Lydia's subsequent marriage to a Mr. Bradford, who was identified in one source online as homeopathic doctor Thomas Lindsley Bradford, who practiced medicine in Skowhegan before leaving the State about 1877.  They divorced - but I haven't found a record of either the marriage or the divorce.   A brief online biography of Dr. Bradford mentions only a wife he married in the 1880s. 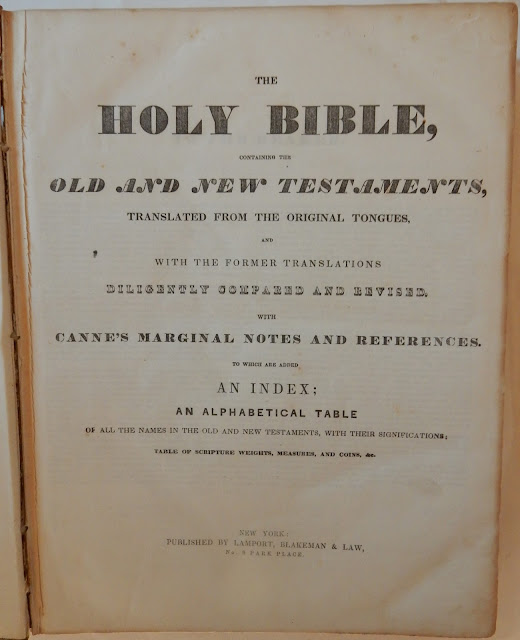 Entries in the Bible include: 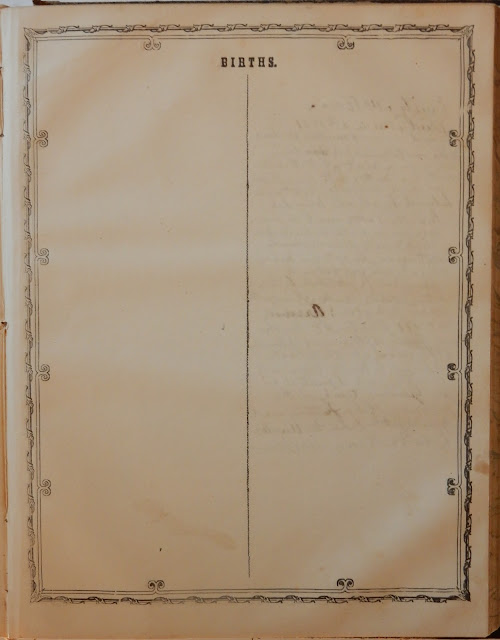 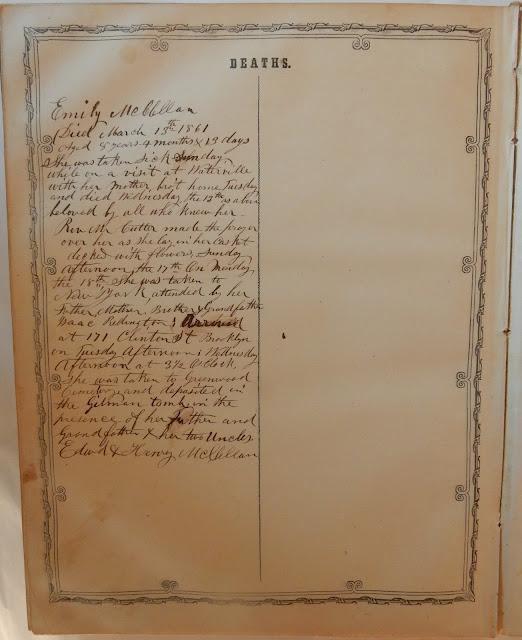 Tucked in the Bible: 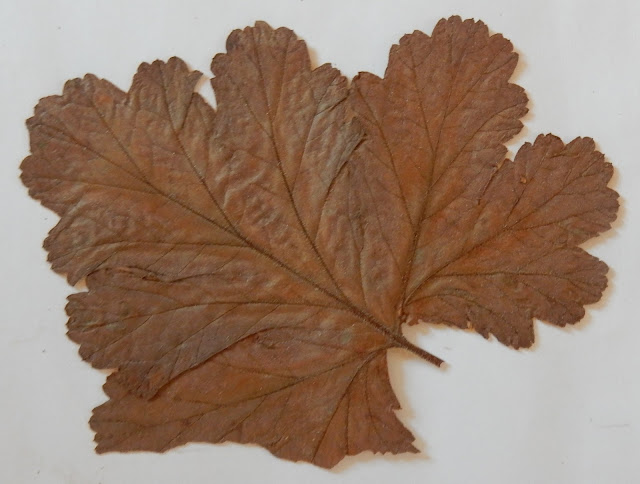 If you have information on the McClellan, White, Redington or Gilman families, please leave a comment or contact me directly.