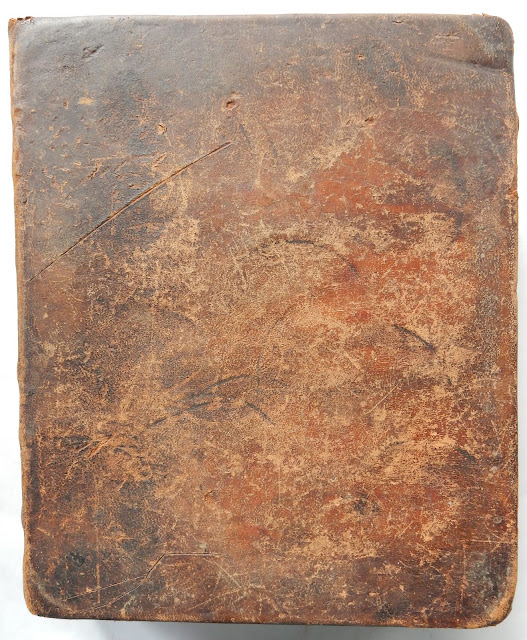 Lavinia's name was written as Livonia [although it looks more like Libonia] in her son Frederick Illsley Phillips' application for the Sons of the American Revolution.

The Bible, which measures about 11" by 9" by 3", is in poor condition with missing, crumpled, and torn pages.  The general title page and the title page for the Old Testament are missing.  Below, the title page of the New Testament. 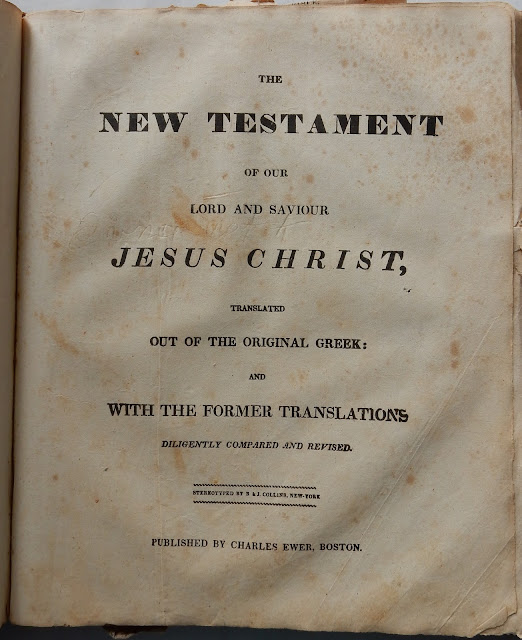 Pasted onto the inside back cover is a sheet with marriage dates and birth dates for Luther Ames Philips and his wives.  There's a torn clipping, which appears to have been an obituary for Luther Ames Phillips and a paper scrap that indicates the Bible was to be passed on to grandson Luther Savage Philips, upon the death of his half-uncle Francis Phillips. 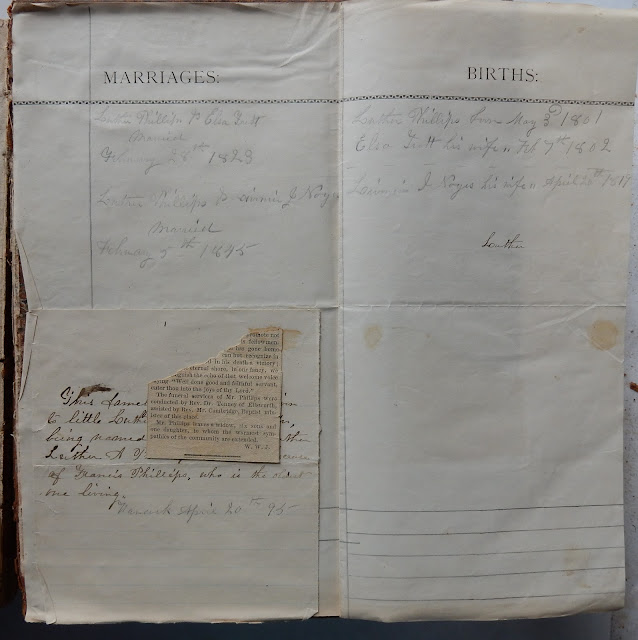 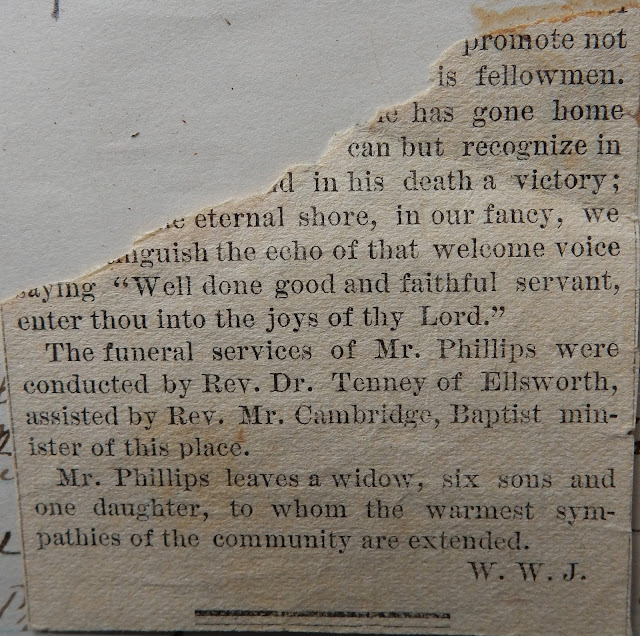 Note dated April 20, 1895 at Hancock, Maine, indicating that upon the death of Francis Phillips, the Bible was to be passed on to Luther Savage Phillips, son of Frederick Illsley Phillips and Cora J. (Savage) Phillips. 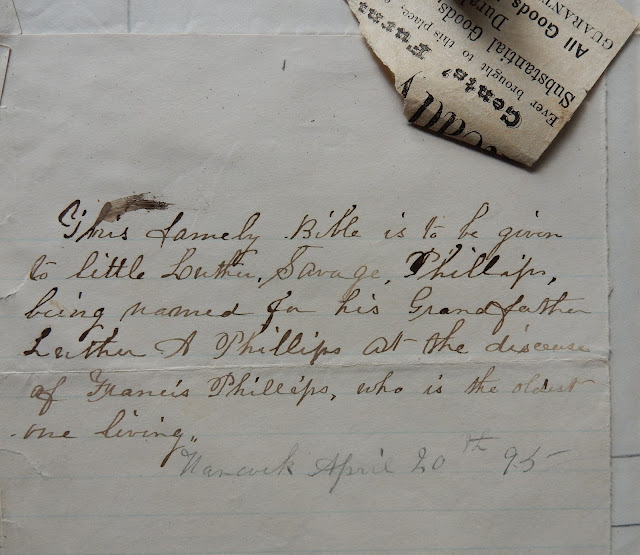 From online research, I found that Deacon Luther Ames Phillips had several children with each wife; sadly, that information is not recorded in the Bible.

If you have information on the Phillips, Trott and/or Noyes families, please leave a comment or contact me directly.