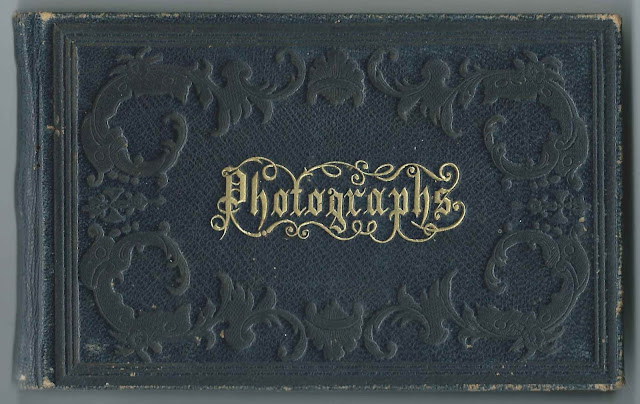 Photograph/autograph album presumably from the 1860s era and possibly from Maine.  It contains 5 gem-sized photographs, not identified, and five inscriptions.  Whether any of the inscribers are shown in the photographs, I don't know.

The album measures approximately 5-1/2" by 3-1/2"; many pages were removed at some point, so I can only imagine what insights they would have brought to the table.

The inscriptions of two of the people are what leads me to believe that the album might have belonged to a Maine resident - assuming I've identified them correctly: 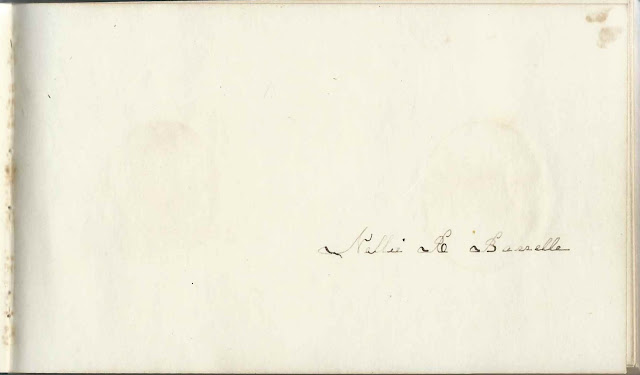 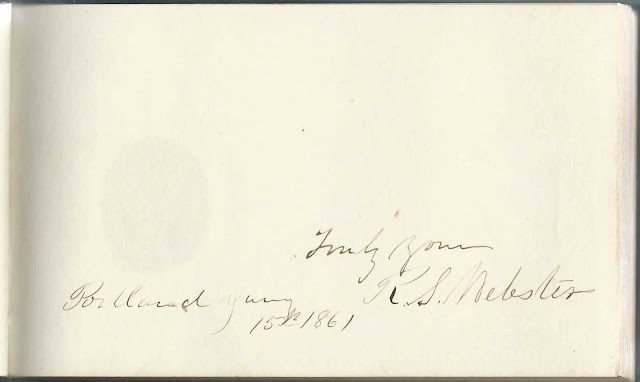 Two of the other other inscribers were from Germany and Spain, and the third also had a foreign sounding name.  They may have been mariners. 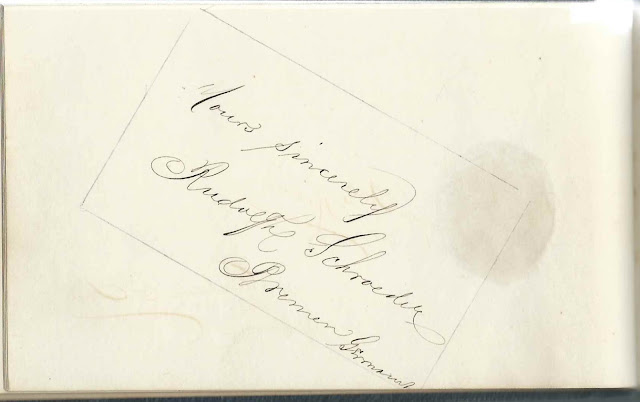 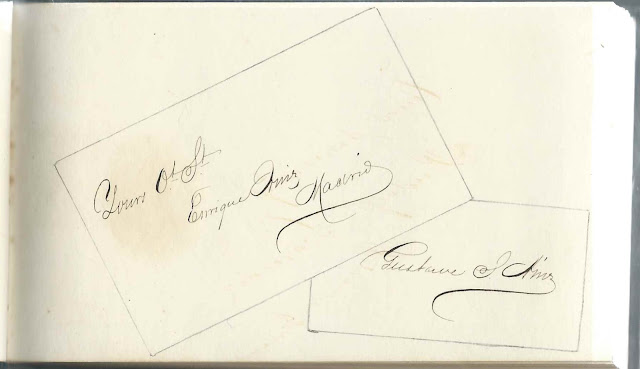 The photographs: [click on an image to enlarge it] 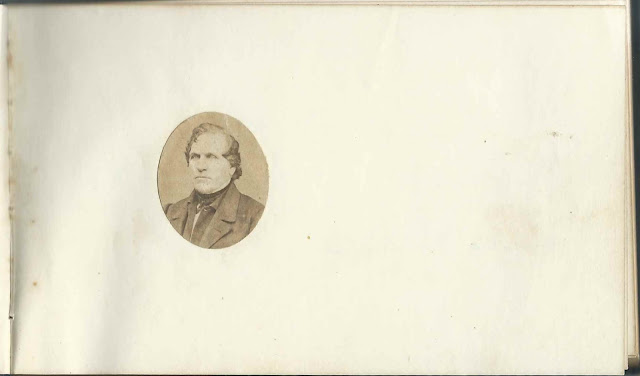 One (or more) page is missing after the page with the photograph above.  The next three photographs appear on the pages preceding the page inscribed by R. S. Webster. 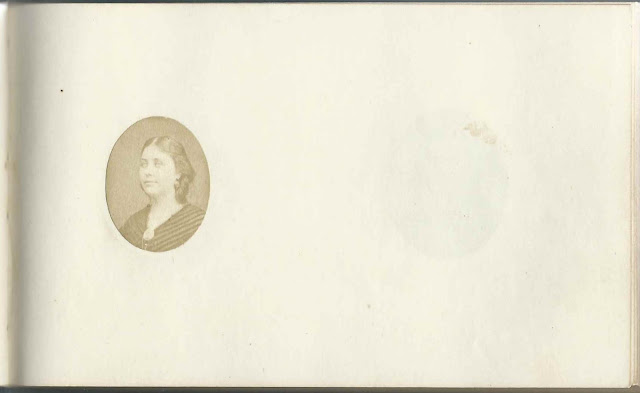 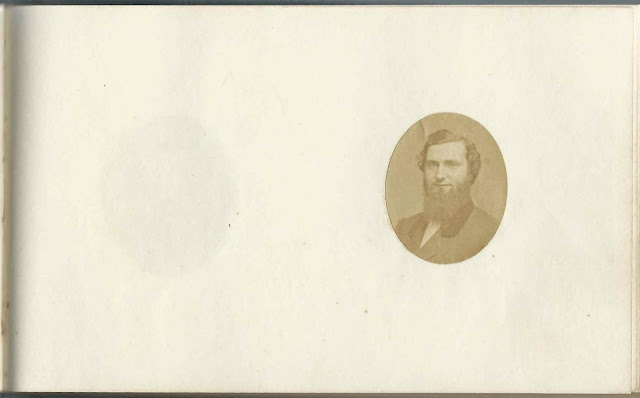 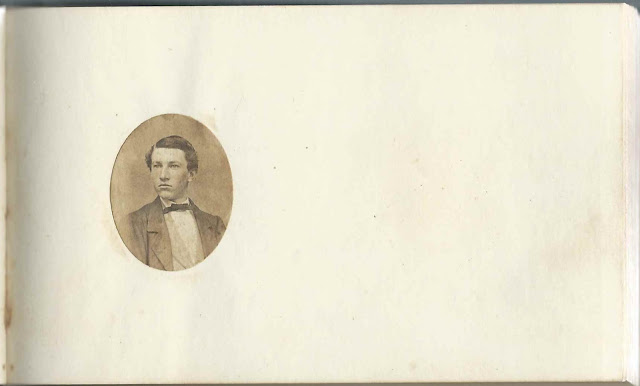 The last photograph appears on the page after that inscribed by R. S. Webster. 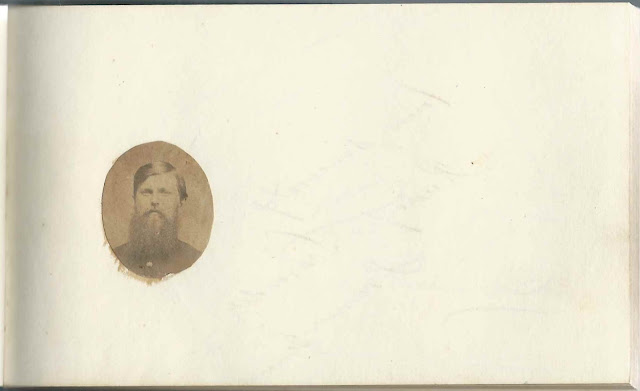 If you recognize any of these names or the photographs, please leave a comment or contact me directly.

Posted by Pam Beveridge at 3:58 PM