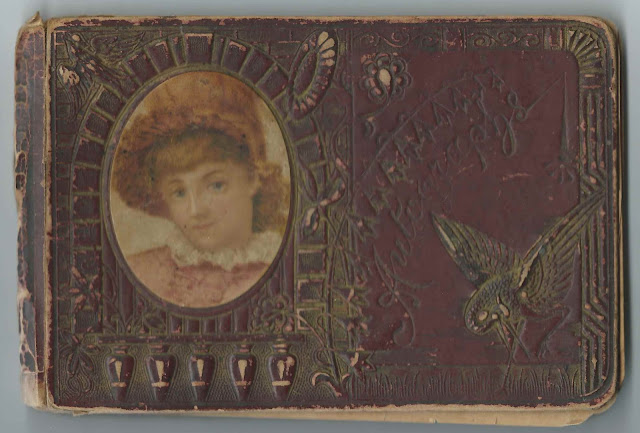 1888-1904 autograph album that belonged to Harvey Elliott Mayberry, "Elliott", of Dugspur, Virginia.
Several inscribers wrote Elliott's surname as Maberry, and one who called herself Elliott's cousin wrote her name as Ella Mabry, which appears to have been spelling that Elliott's father used.  Elliott's gravestone, however, is etched Mayberry. 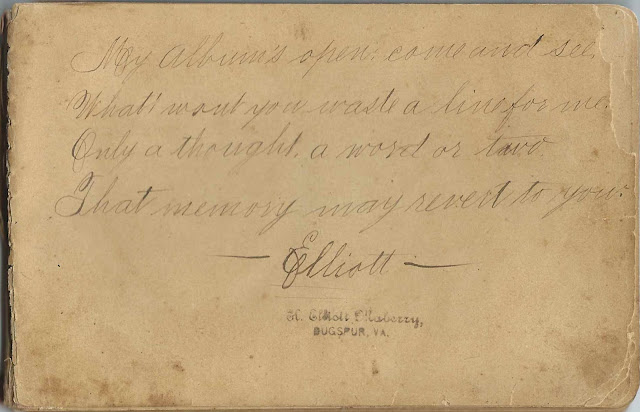 Surnames in the Album:

Two of the pages include gem-sized photographs, one of them presumably inscribed by Elliott's first wife Susan (Simpkins) Mabry in 1890, with photographs of herself and Elliott.  Susan died in 1904. 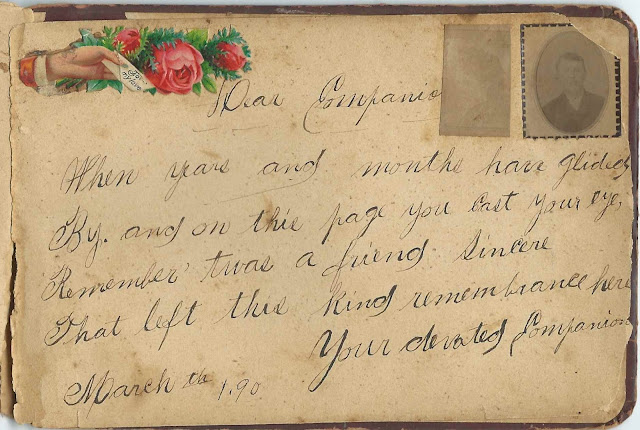 The album measures approximately 6" by 4" and is partially disbound.  It contains the sentiments of 25 of Elliott's relatives and friends, three photographs and a newspaper clipping of the poem "Love Song of the Future".  An alphabetical list of the inscribers, together with any personal information they offered, appears at the end of this post.

According to information on his gravestone, Harvey Elliott Mayberry was born 3 September 1866 and died December 3, 1953 (indexed as December 4 on the Find a Grave memorial).  His parents were Greenberry Mabry and Mary Louisa (Sutphin) Mabry.

Eliott married Sue Simpkins, daughter of Calvin Simpkins and Elizabeth (Wilson, I think) on  March 4, 1889 in Pulaski County, Virginia.  Sue inscribed a page in the album before their marriage, with her residence given as Snowville, Virginia, and, as noted above, may have been the inscriber of the page with the two photographs, shown just above. 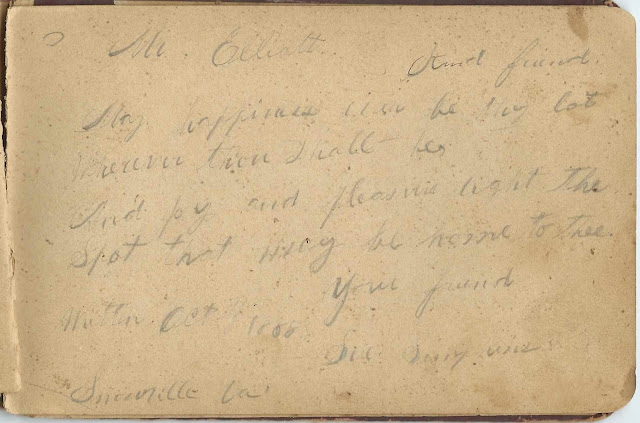 Inscriber Delia Simpkins seemed to be referring to a death, perhaps that of Sue (Simpkins) Mayberry. 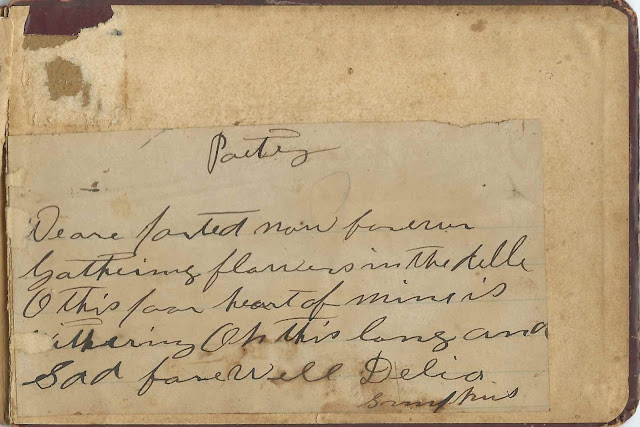 On December 4, 1904, Elliott married Emma Florence Yearout, daughter of Jacob Yearout and Nancy (Lawrence) Yearout.  Emma was born, according to her gravestone, on August 27, 1879.  A Virginia Births and Christenings record shows August 10, 1880; although it's indexed as a birth, perhaps it was the date of her christening.

Elliott and Emma had at least three children, daughters Bettie, Ethel and Ora.

The other person who affixed a photograph to her page was Sarah V. Booker. 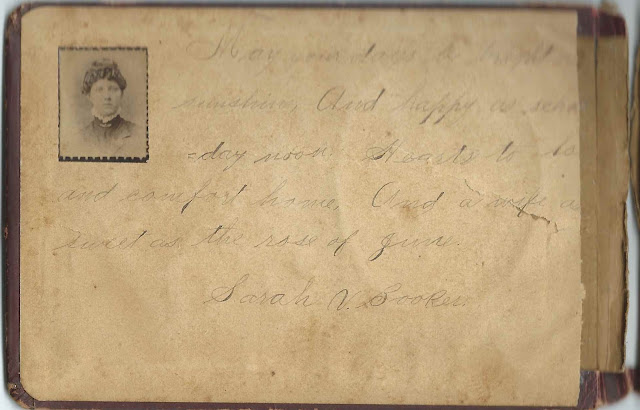