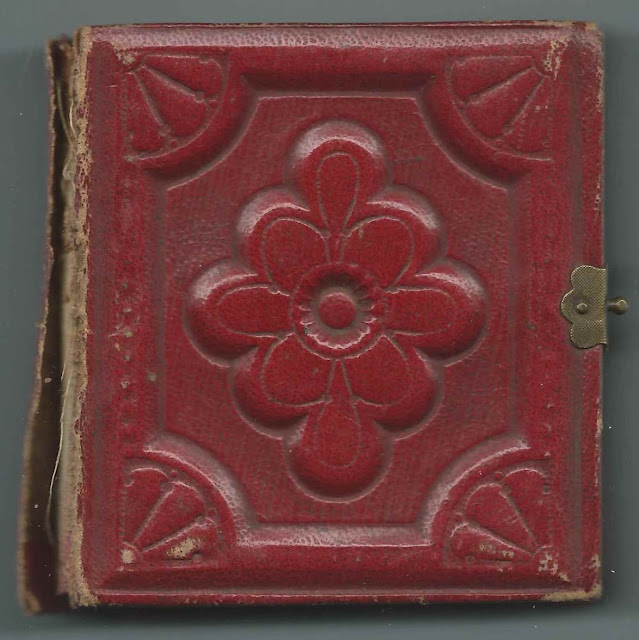 Lovely circa 1870s-1880s photograph album of gem tintypes that belonged to Minnie Gertrude Dryden of 39 Shelby Street, Worcester, Massachusetts, prior to her 1891 marriage to Warren Corbin Purrington.

Minnie, who was born in 1868, wrote her name on the inside back cover, in what appears to be pre-teen handwriting. 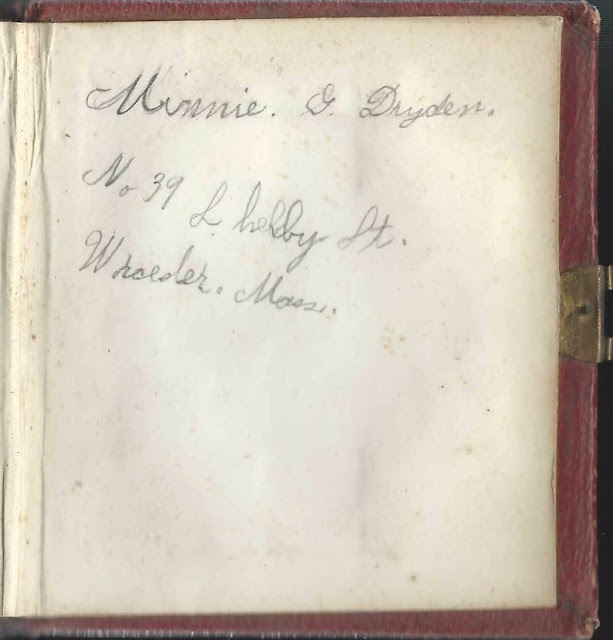 The tintypes are a mixture of adults, adolescents and children, many of them presumably from the Dryden, Ward, Lees and Comstock families of Massachusetts.  The pages in which the tintypes are inserted show no identifications.  Whether any are identified on the reverse of the tintype itself, I don't know.  Removal would be tricky, and I'd rather leave that to someone more skilled. 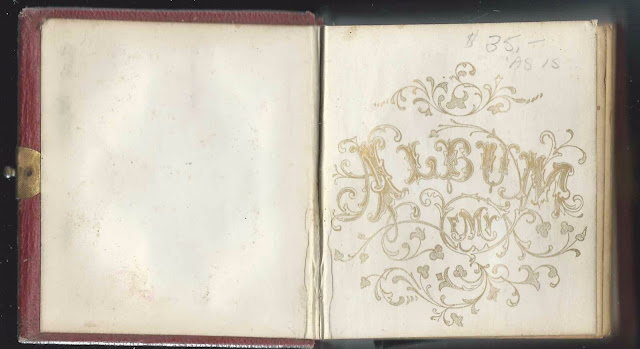 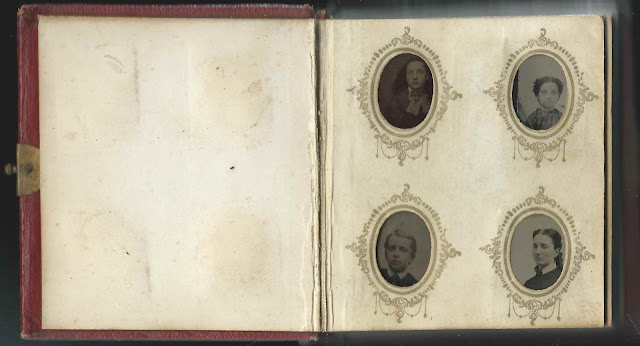 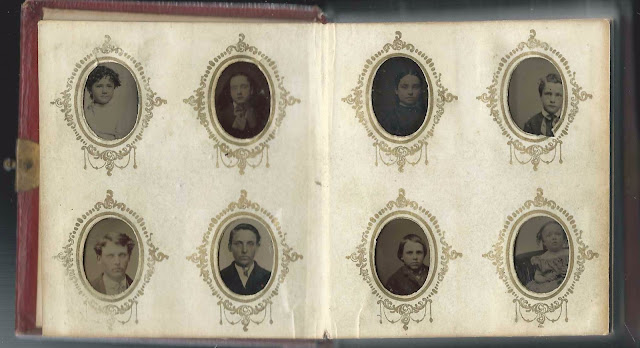 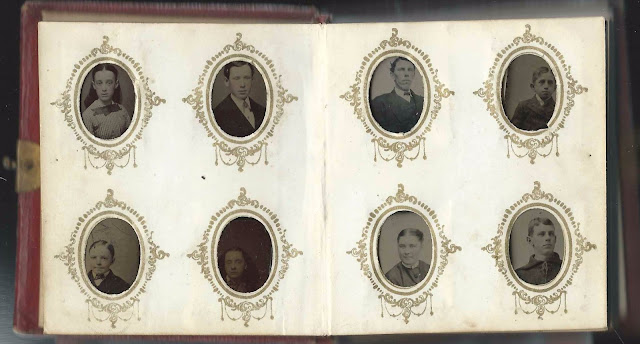 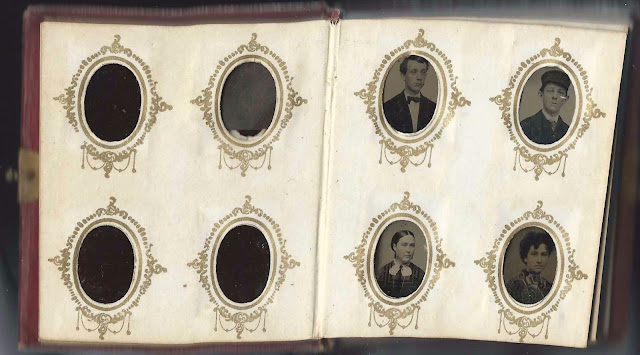 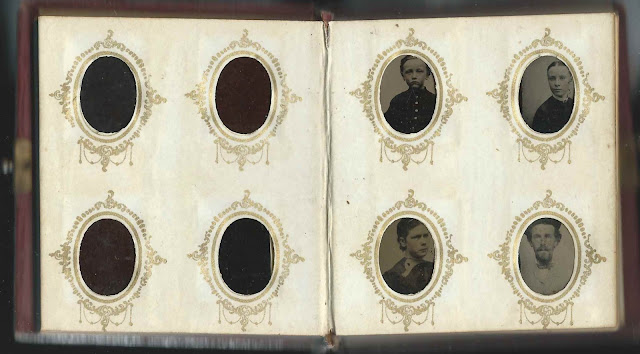 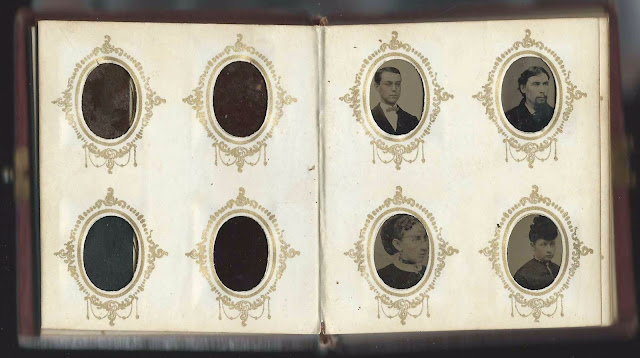 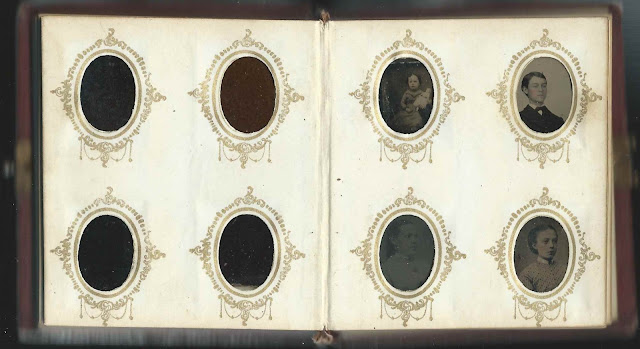 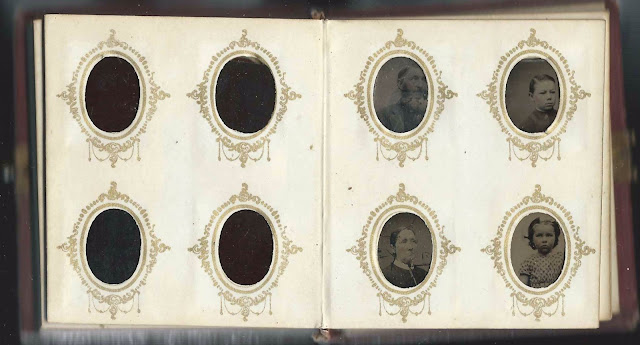 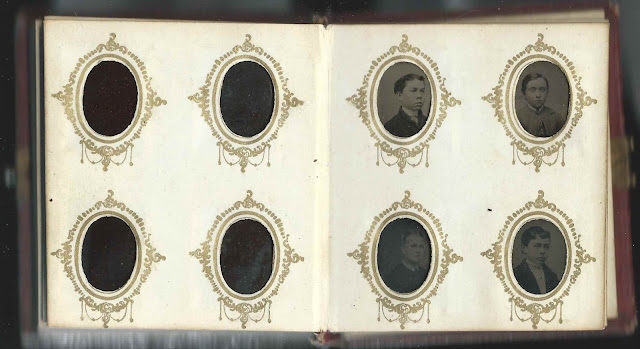 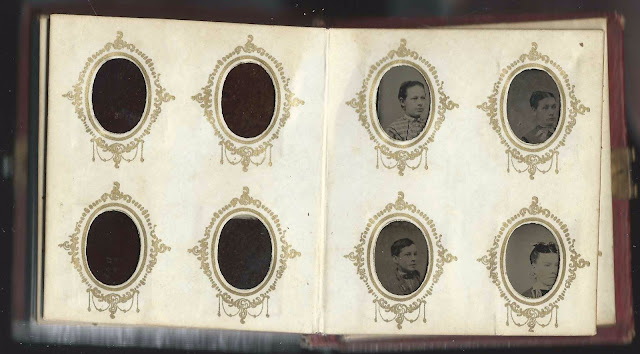 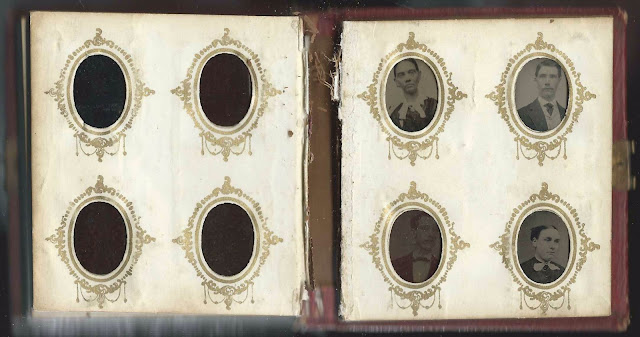 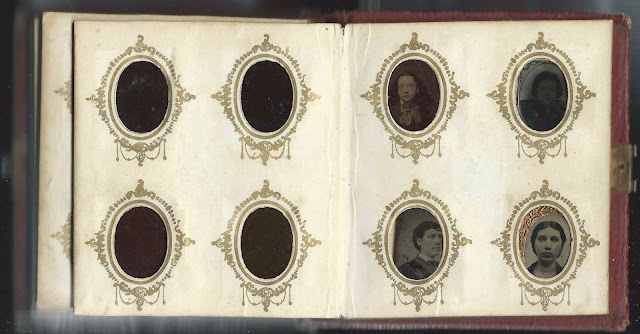 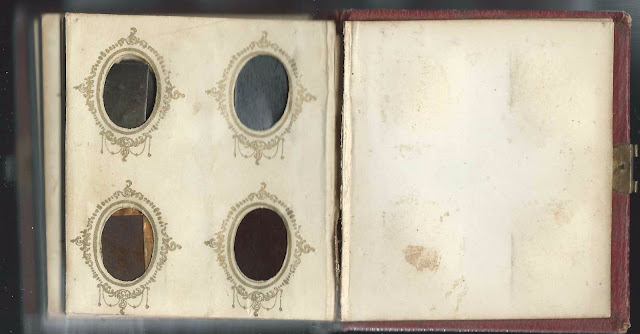 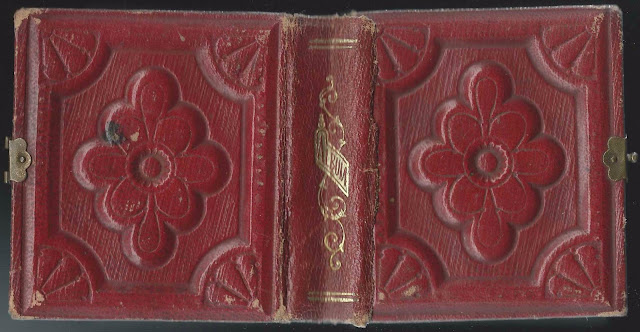 Posted by Pam Beveridge at 6:10 AM