1880s Autograph Album of Lizzie A. Wakefield of Etna, Maine 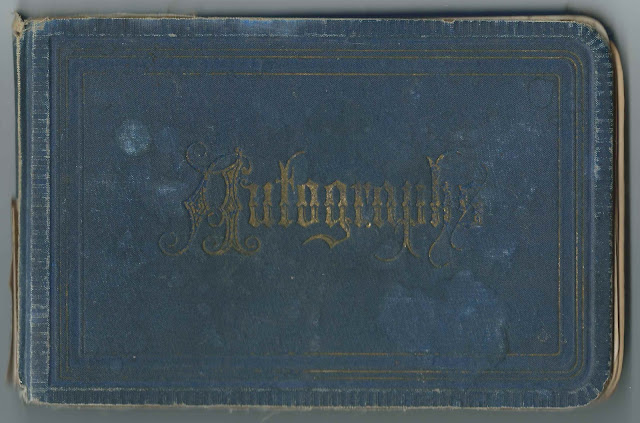 Autograph album that Lizzie A. Wakefield of Etna, Maine, began keeping on August 16, 1881.

As noted in her obituary on Find a Grave, Lizzie was a Spiritualist.  Camp Etna, a Spiritualist community on Etna Pond, has been in existence since 1876. 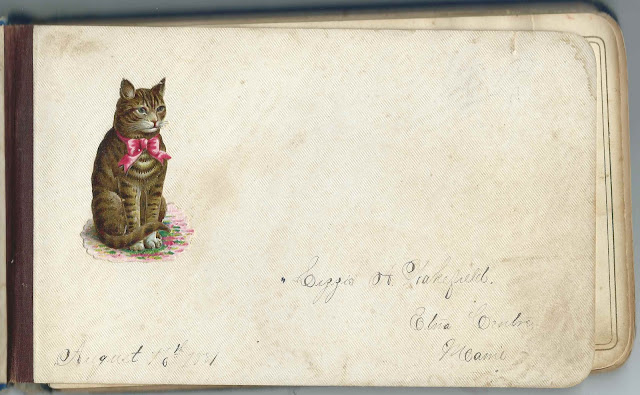 The album measures approximately 7-3/4" by 5" and contains the sentiments of nearly 70 of Lizzie's relatives, friends, schoolmates and teachers.  An alphabetical surname list and an alphabetical list of the inscribers, together with any personal information they offered, appear at the end of this post. 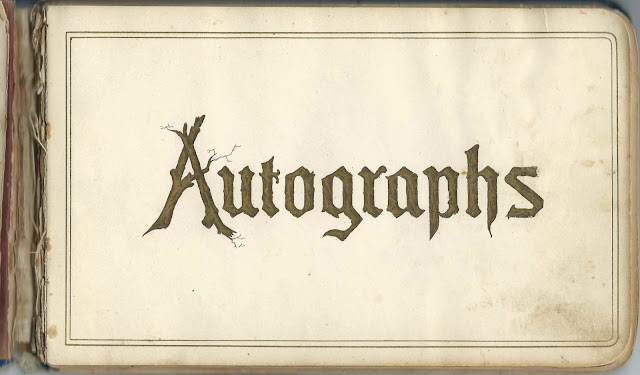 Lizzie A. Wakefield was born January 17, 1871 at Etna, Maine, the daughter of James E. Wakefield and Cordelia R. (Smith) Wakefield, who inscribed facing pages in the album. 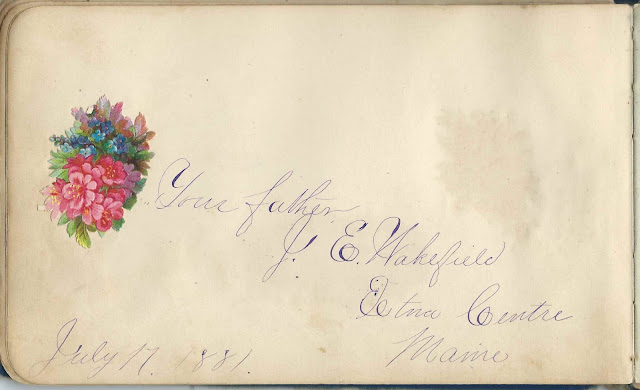 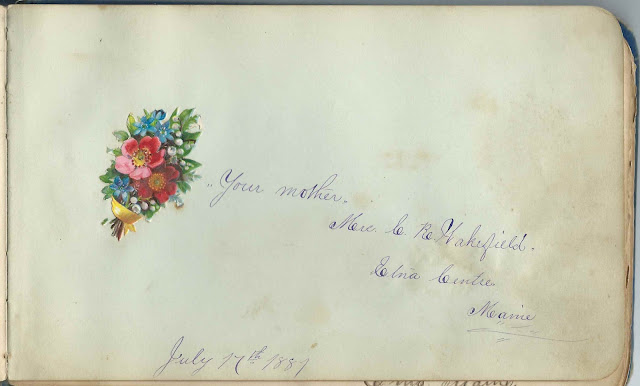 Other relatives, including siblings and cousins, inscribed pages; refer to the list of inscribers below.

Lizzie's husband Fred inscribed the last page in Lizzie's album.  He didn't date his inscription so we don't know whether this was from before or after their marriage. 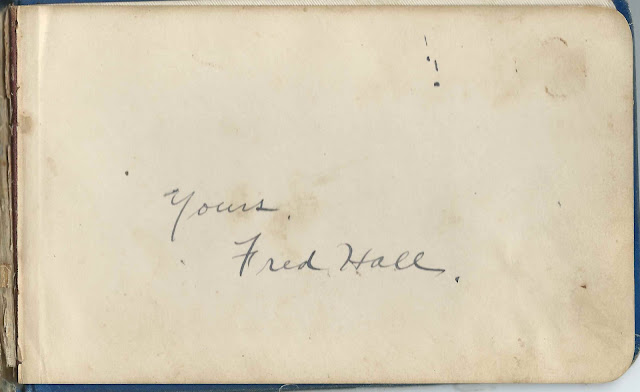 Fred died in 1904 and is buried in the Village Cemetery at Sangerville, Maine, with parents and other family members.

Lizzie is buried in the Pleasant Hill Cemetery at Freedom, Maine.    If you have corrections and/or additions to the information above, please leave a comment or contact me directly.