Bible of the Leighton, Fish, Little, King and Related Families of Midcoast Maine 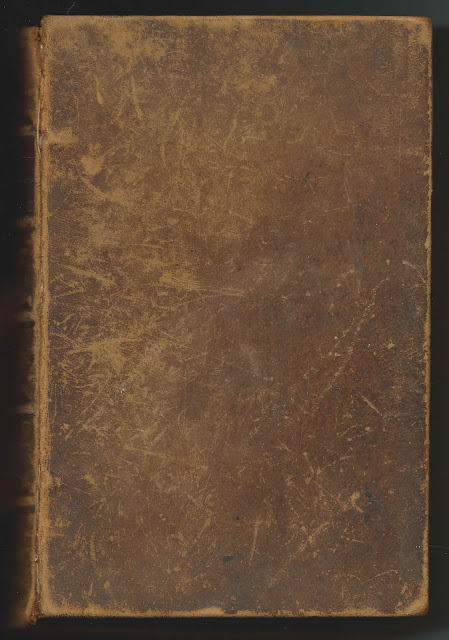 Bible that belonged to the Leighton, Fish, Little, King and related families of Midcoast Maine.  Surnames include: 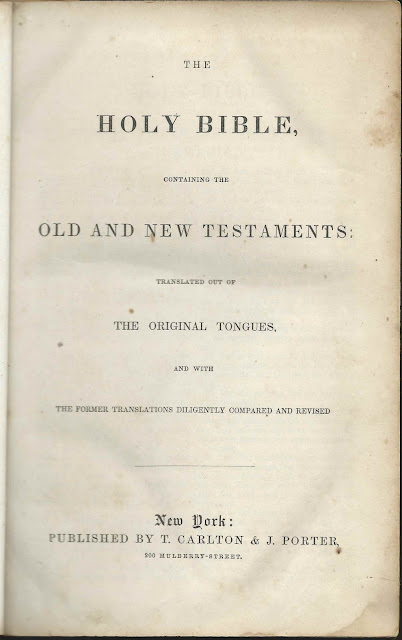 The Bible was originally owned by Samuel Leighton and wife Adaline (Hatch) Leighton.   Adaline died in 1873, and Samuel subsequently married Elizabeth (Fish) Little, widow of Benjamin Little, with whom she had several children.  Most of the entries in the Family Record pages deal with Elizabeth's children from her first marriage.  Samuel and Elizabeth had no children together.

In addition to births, marriages and deaths, the Bible has some notations concerning events in the area, including sermons preached by named ministers and tombs constructed.  It also includes a few items tucked in, including newspaper clippings, needlework, religious items and two four-leaf clovers. 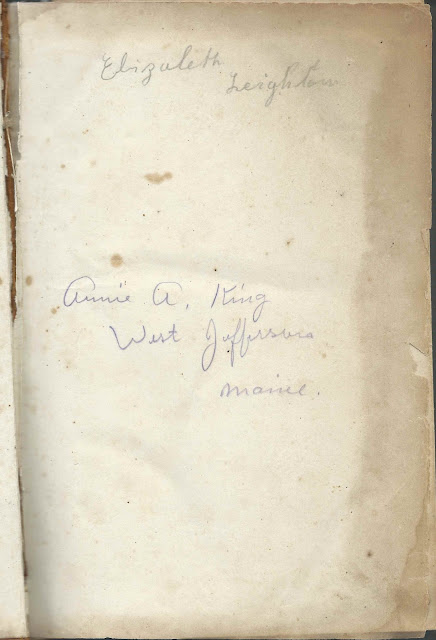 The page before the Births page has been removed.  Sadly, this was likely the Marriages, with entries on one or both sides of the leaf lost. 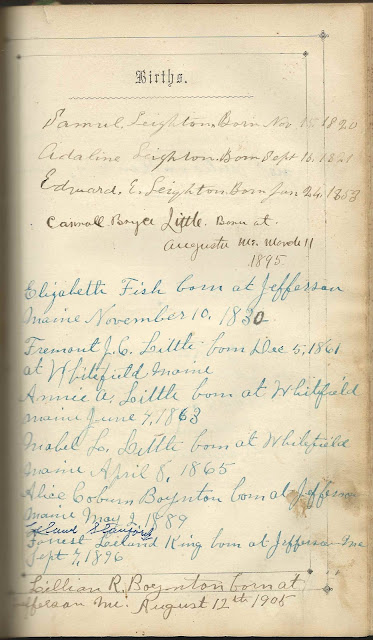 The second Births page:  see the image for all births; listed below are those born before 1900 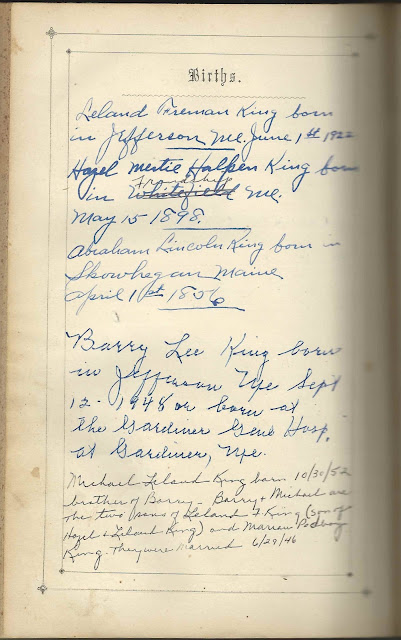 The first Baptisms page: see the image for all baptisms; listed below are the baptisms before 1900 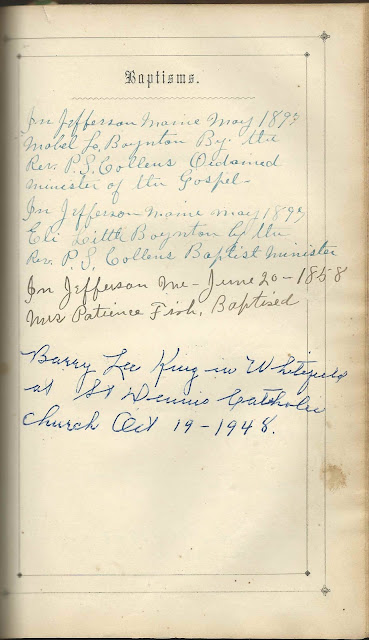 The second Baptisms page is actually a list of birth dates:  see the image for all births; listed below are those born before 1900 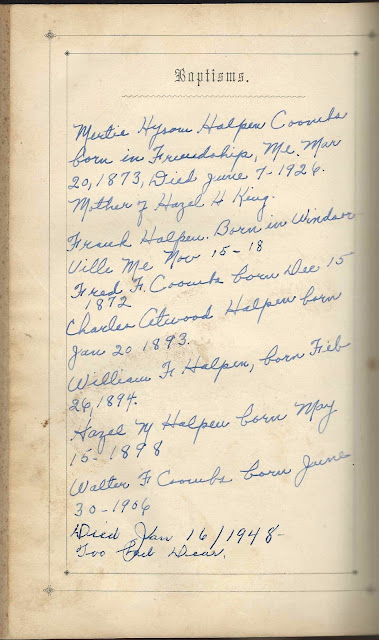 More birth information is written on the title page of the New Testament: 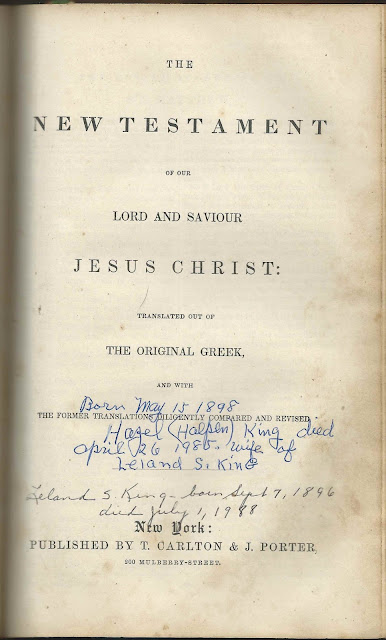 The two Deaths pages:  see the images for all deaths; listed below are deaths of those born before 1900 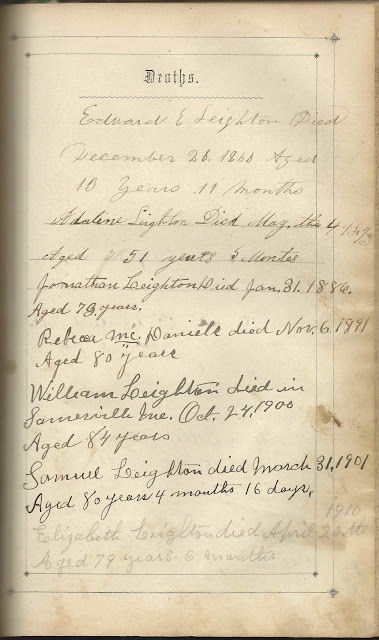 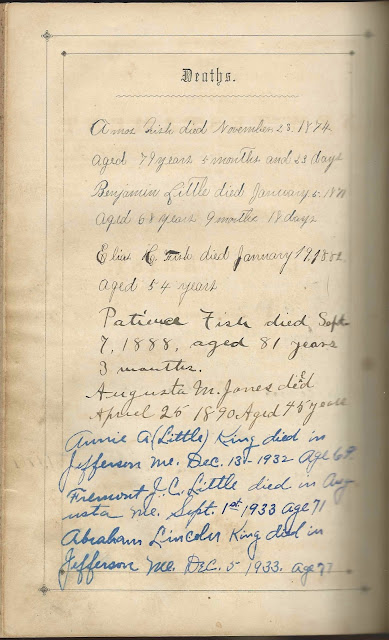 Back end papers that have information about local events 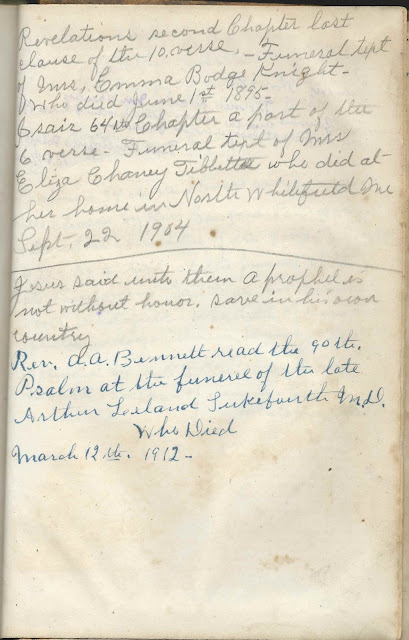 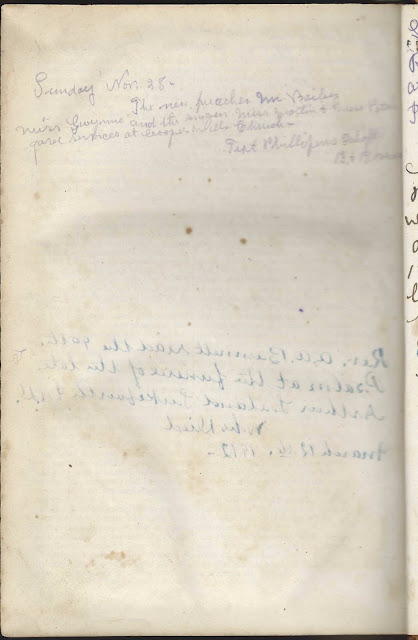 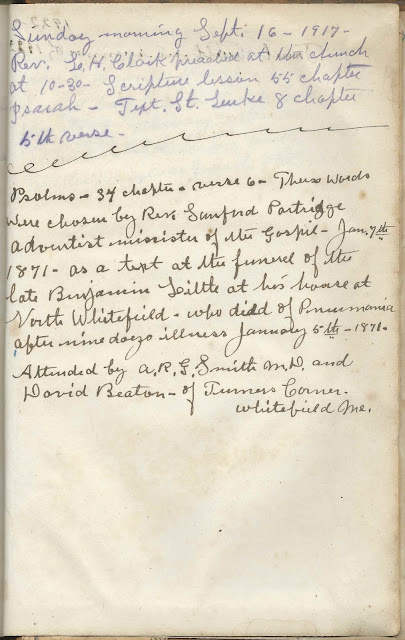 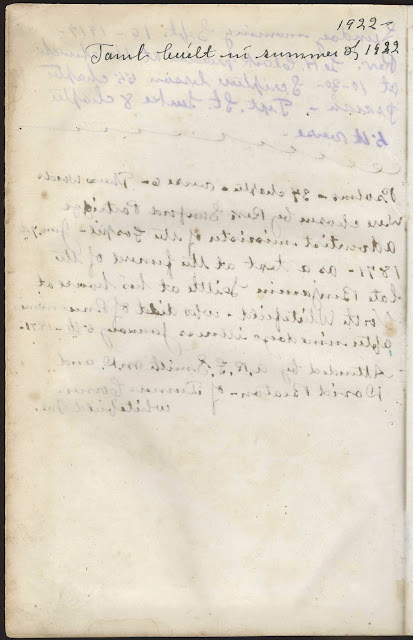 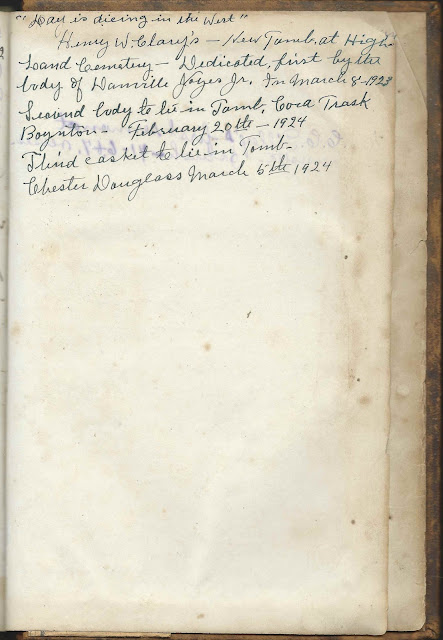 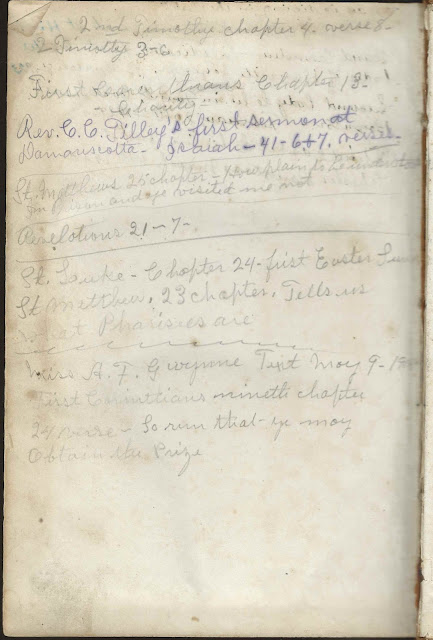 Newspaper clipping about Orr's Island, below:

Obituary of Rev. Cushman E. Harden (1840-1897), who died a McLain's Mills in Appleton, Maine, after a few days' sickness.  He was born in Lamoine, Maine, and graduated from Colby College and became a Baptist minister.  He's mentioned in several posts featuring 1880s issues of The Hebron Semester, a student publication at Hebron Academy where Rev. Harden was a chaplain at one time.  He's buried with wife Abbie (Whitaker) Harden in Forest Hill Cemetery at Lamoine, Maine.

Part of the calling card of Fremont J. C. Little: 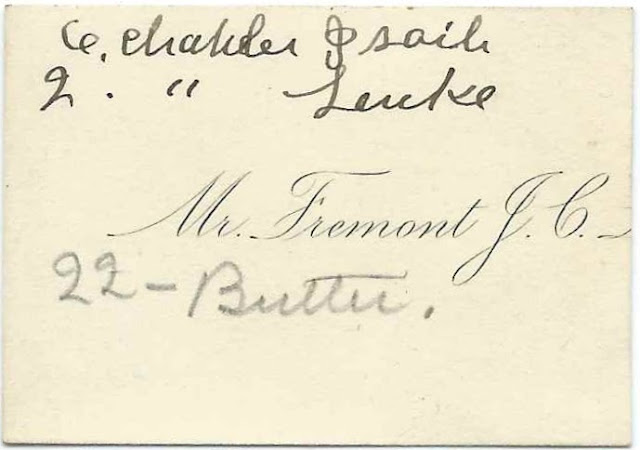 Scrap of paper with birth information for Abraham Lincoln King:

Newspaper clipping of Maine County News: Washington County on one side, and Lincoln County on the other:

If you have corrections to the information above, or clarifications and additions to it, please leave a comment or contact me directly.