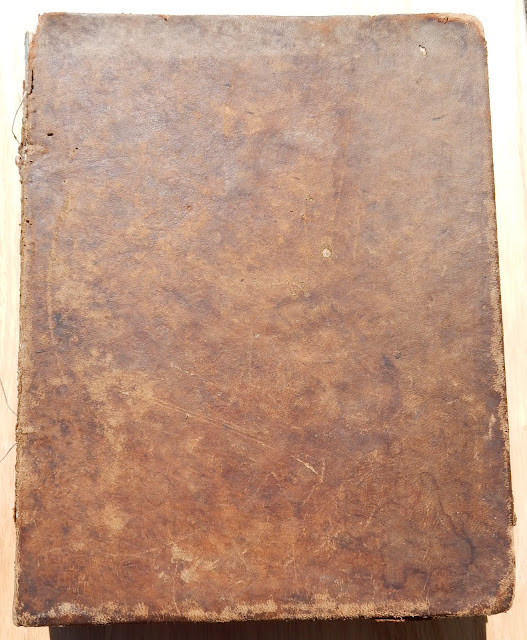 The Bible, published in 1844 by Jesper Harding of 57 South Third Street, Philadelphia, Pennsylvania, measures approximately 11-1/4" by 8-1/2" by 2-1/4" and contains two pages of Family Records, including Marriages, Births and Deaths.   From a quick riffle, it appears that there are no mementos inside, other than three obituaries pasted on the inside front cover. 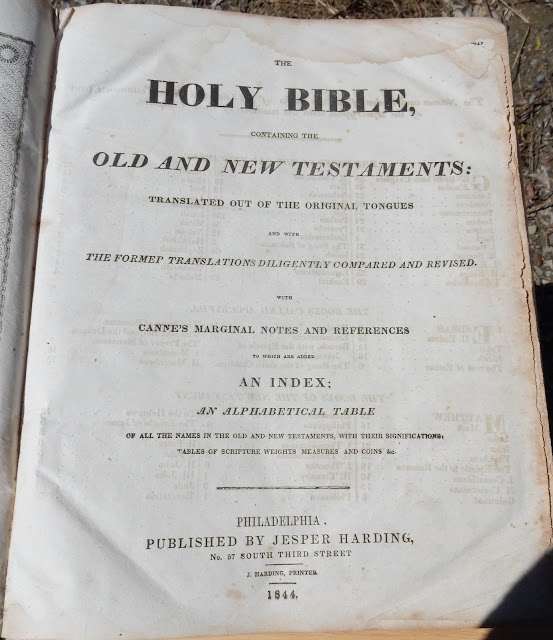 The inside cover features three obituaries, shown below. 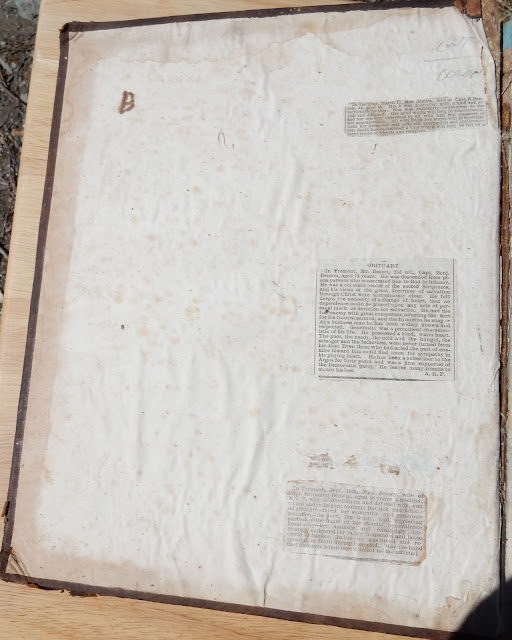 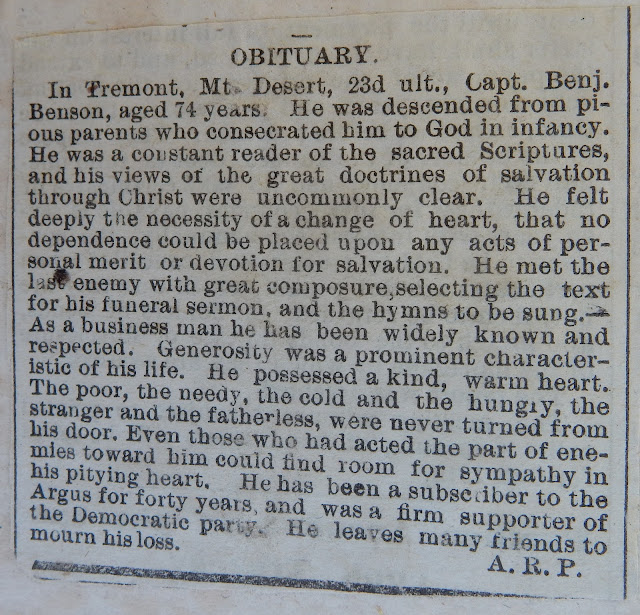 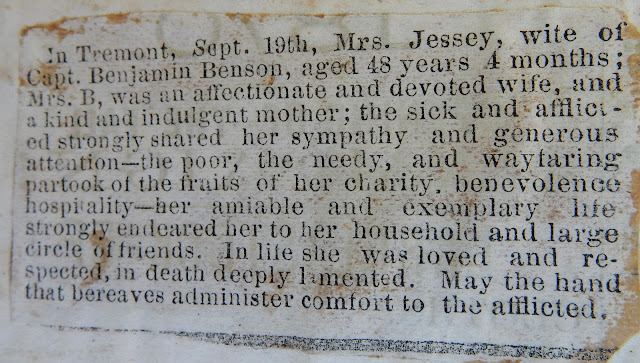 The two pages of Family Records have entries for Benjamin Benson, Jr., his first two wives Almira (Heath) Benson and Jessey (Graham) Benson and children of those two wives, as well as a marriage record for Benjamin's third wife Clara J. (Moulton) Benson. 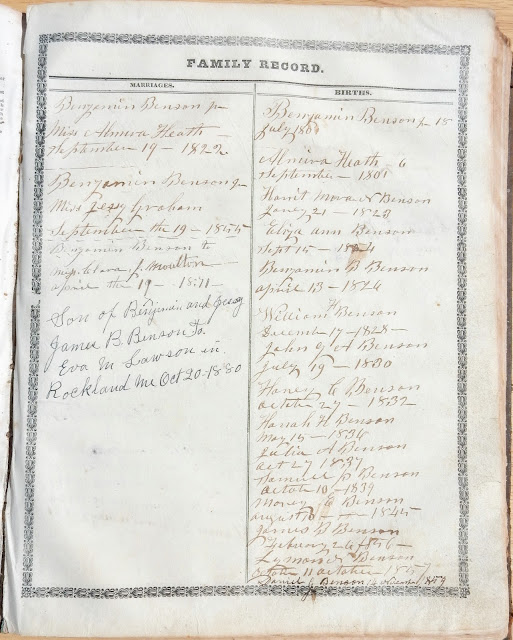 Marriages, listed on the left side of the page: 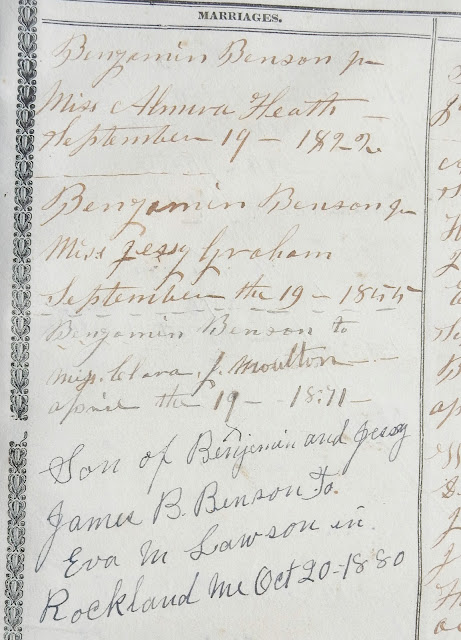 Births, listed on the right side of the page [additional births on another page, farther below]
Children of Benjamin Benson, Jr., and Almira (Heath) Benson, shown on the first page of Births in two enlargements 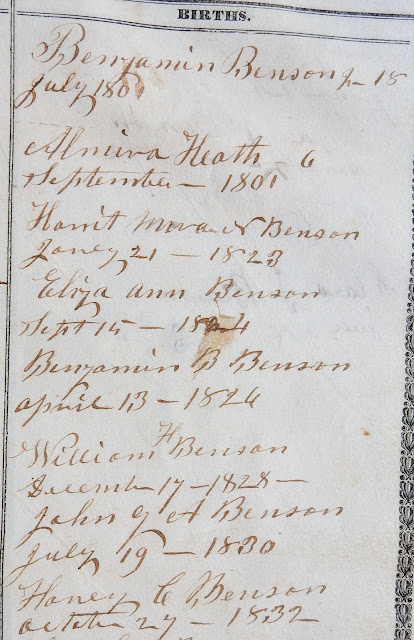 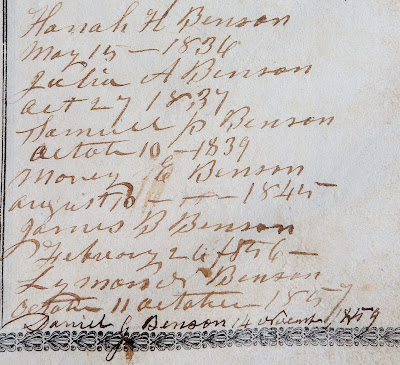 Second Family Records Page listing Births in the left column and Deaths in the right column: 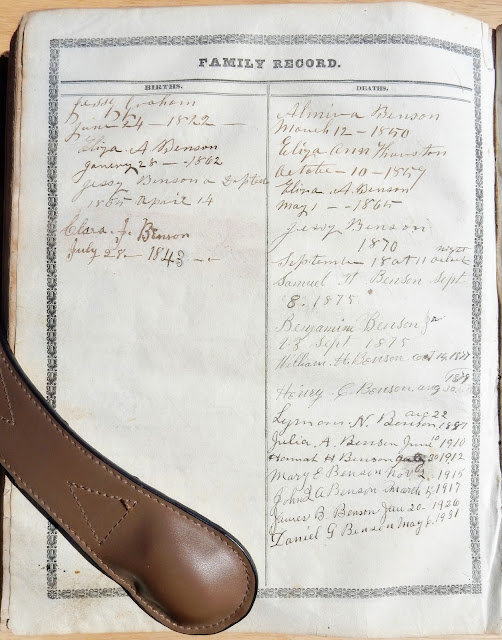 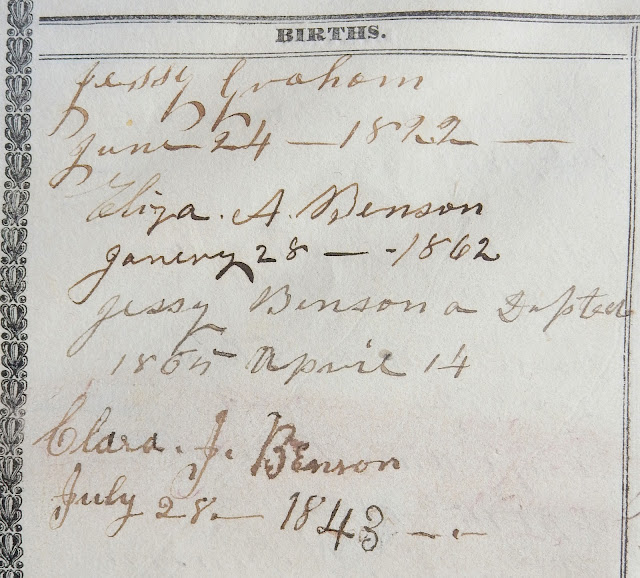 Deaths on the upper half of the page: 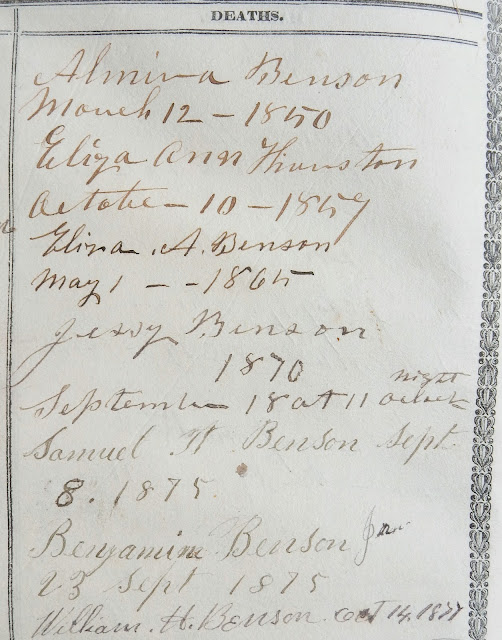 Deaths on the lower half of the page 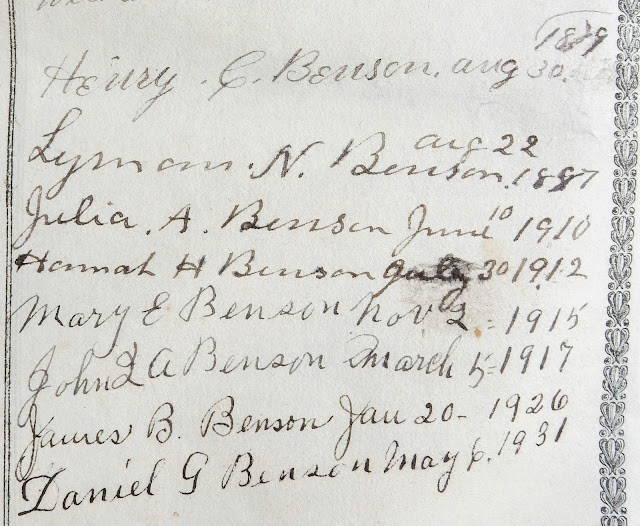 If you have information to share on any of the people mentioned above, please leave a comment or contact me directly.  I'd especially like to learn more about Jessy Benson, the adopted daughter of Benjamin Benson, Jr., and Jessey (Graham) Benson.