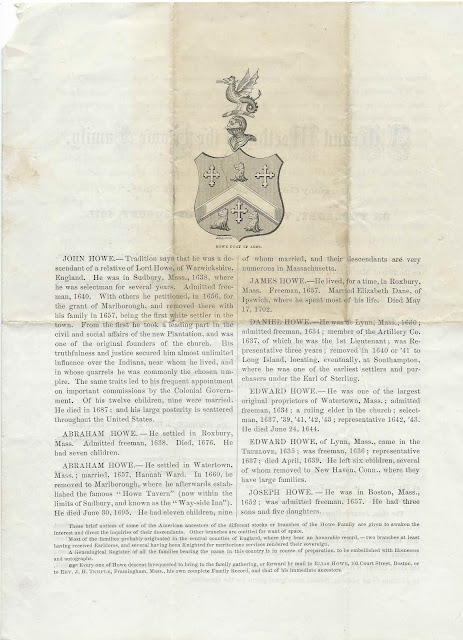 Large brochure announcing the Grand Meeting of the Howe Family to be held at Meadow Grove, South Framingham, Massachusetts, on August 31, 1871.

The brochure is comprised of a single sheet folded into four panes, measuring 8-1/2" by 11" each.

"To this beautiful 'Harmony Grove', every person bearing the name of Howe or How, as well as every one connected by ties of marriage with this family, or descended from this family, is most cordially invited, for the purpose of spending the day above-mentioned 'in union sweet and dear esteem; of calling to mind the days of 'Auld Lang Syne' and of telling one another how we love the good old family name of Howe.  Should any one possess any ancient records, portraits, or relics pertaining to the family, let him not fail to bring them for the 'Howe Cabinet', to be exhibited on the occasion."

Read an account of the meeting written after the fact by Elias Howe in 1871 here. 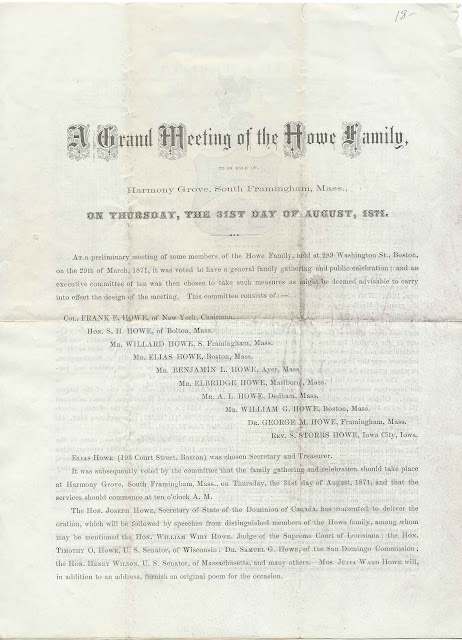 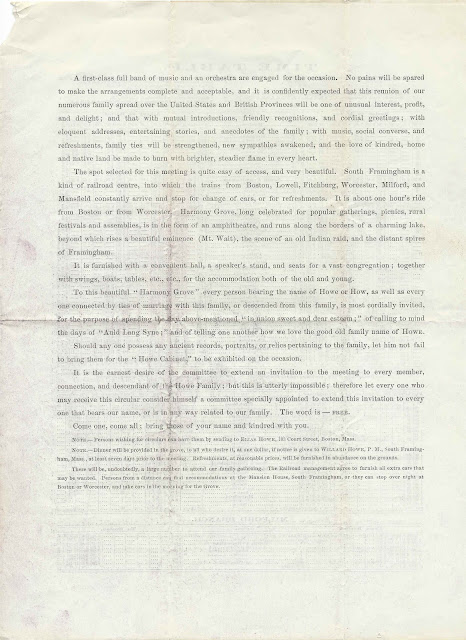 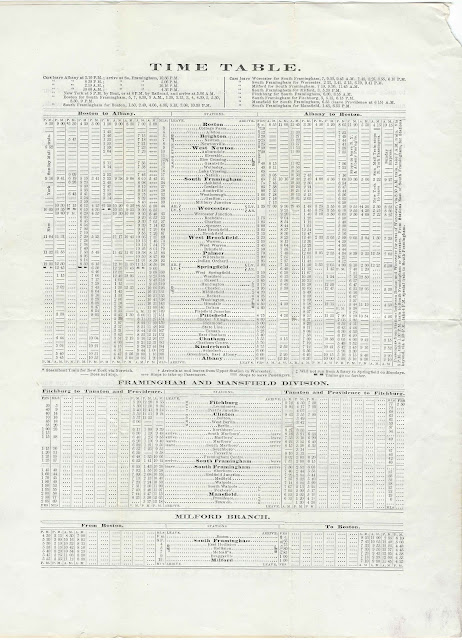 Since the brochure mentions that Harmony Grove was near a train junction and a lake, it may have been located along the shore of Waushakum Pond or one of the other bodies of water within Framingham.