1886-1918 Autograph Album with Inscriptions from Thomaston, Maine and Area 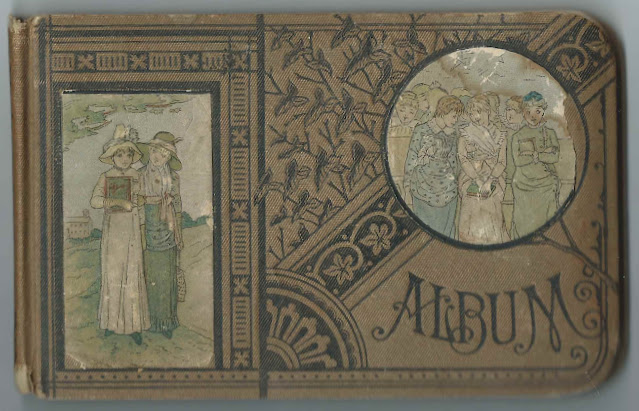 Autograph album with inscriptions by folks from Thomaston, Maine, and surrounding communities, and two from Massachusetts, but with a Thomaston connection.  Most of the inscriptions were made in the 1880s, with several from the 1890s and two from 1918.

The album measures approximately 6" by 3-3/4" and contains illustrations throughout, as well as the sentiments of 18 people from Maine and Massachusetts.  An alphabetical surname list and an alphabetical list of the inscribers, together with any personal information they offered, appear at the end of this post.  Many of the people appear to have been related. 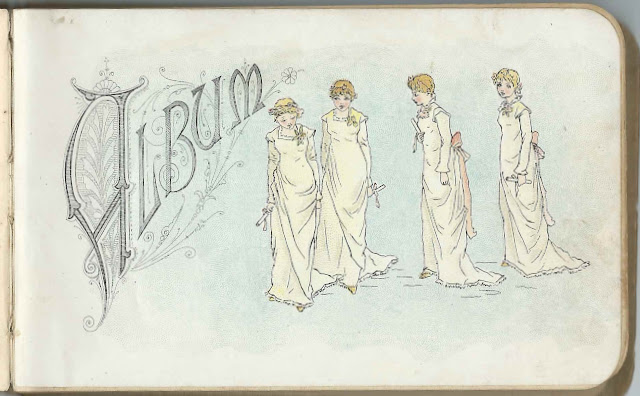 It's tempting to think that the facing pages inscribed in 1918 by Willis John Winchenbach and wife Adda (Murray) Winchenbach of Whitinsville, Massachusetts, might be another clue to identity of the album's owner.   Willis was a Thomaston, Maine, native. 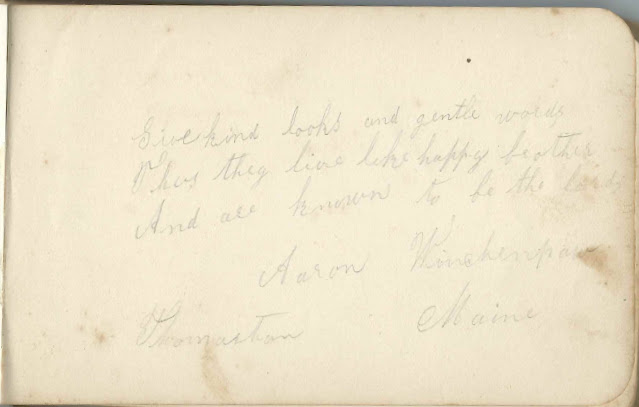 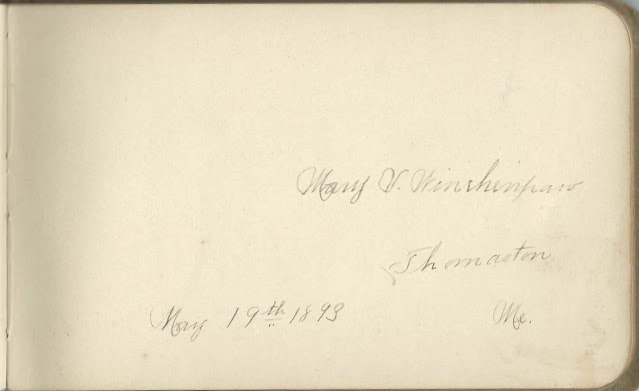 The album resurfaced for use in 1951 when the owner, presumably, noted the downpour of July 19, 1951.  Interestingly, Everett Otis Winchenbach lived until 1962. 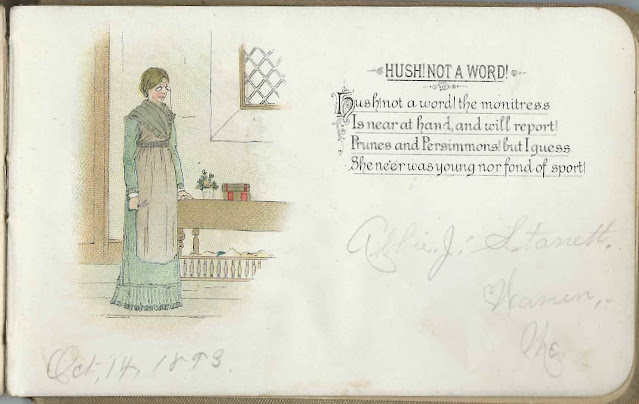 Abbie J. Starrett of Warren, Maine, used one of the illustrated pages for her inscription of October 14, 1893.