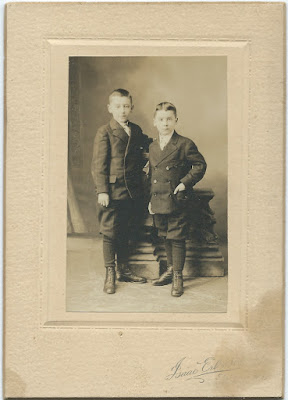 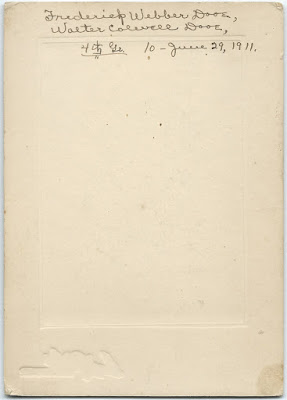 In the mid 1920s, the brothers emigrated to Massachusetts.  By 1930, they were living with their Aunt Jane at Cambridge, Massachusetts; Frederick was an accountant at a savings bank, and Walter was a supervisor at the rubber plant.

If you have corrections and/or additions to the information above, please leave a comment or contact me directly.  Please be careful when commenting about living people without their permission.