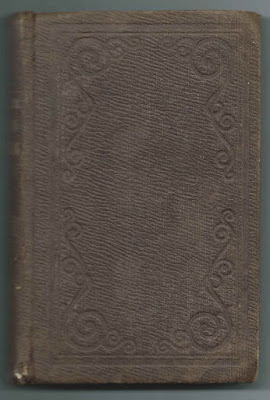 The book, which can be read in its entirely here, recounts Henry's harsh childhood and life as a Baptist minister and revivalist in New Hampshire and Maine. 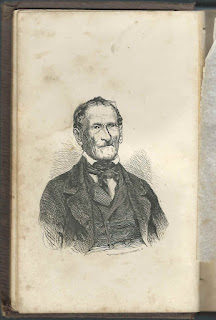 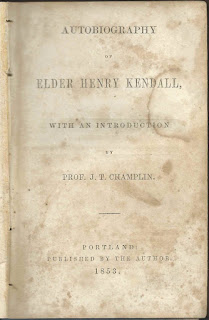 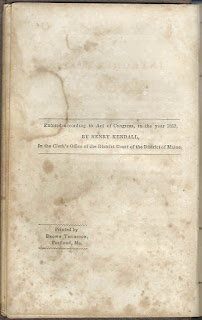 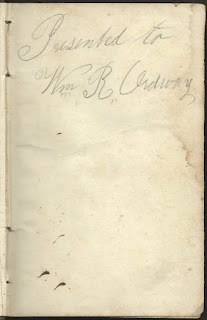 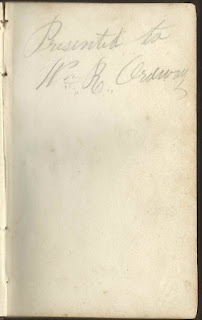 I recently purchased this book in Maine not far from where a William Rackliff Ordway lived from 1827 to 1901. Whether this William was the owner of this book, I cannot say, but it's plausible.

William Rackliff Ordway was born on April 6, 1827 at Detroit, Maine, the son of Jonathan Burbank Ordway and Clarissa (Cross) Ordway, who were born at Unity, Maine, and Exeter, New Hampshire, respectively.

On February 24, 1856 at North Haven, Maine, William married Lydia Clara Wooster. She was born in 1826, daughter of David Wooster and Lydia Brown (Crockett) Wooster. William and Lydia had at least four children, I believe.

William, who had worked as a shoemaker and farmer, died of typhoid fever at Camden, Maine, on April 27, 1901. Lydia died at Camden in 1909. They're buried in the Mountain View Cemetery at at Camden.

North Haven island is just to the southeast of Camden.

Posted by Pam Beveridge at 5:04 PM