Whether there is a relationship or not, I don't know, but this record was found with many other items:
The birth record is enclosed in an envelope from the Office of Selectmen, Millinocket, Maine. 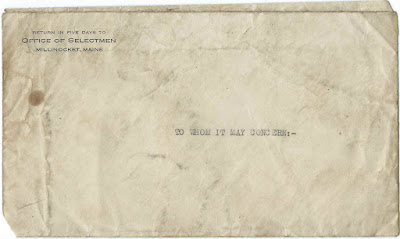 The birth record was found with photographs and letters, not all of which are necessarily related.  However, there are 4 cabinet photographs and one Carte de Visite that were taken at the studio of Ole Larson of Newcastle, New Brunswick, located not far from Bartibogue and Red Bank.  Another Carte de Visite was taken at the studio of S. W. Dimock of Campbellton, New Brunswick, also not far from Bartibogue or Red Bank. 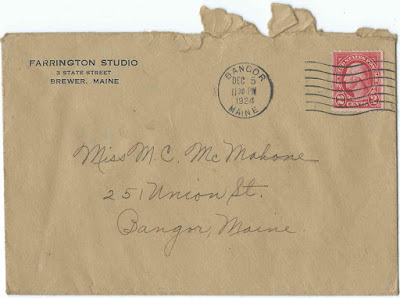 Posted by Pam Beveridge at 9:42 AM