1913 Winter Edition of the Chronicle of Paris High School at South Paris, Maine 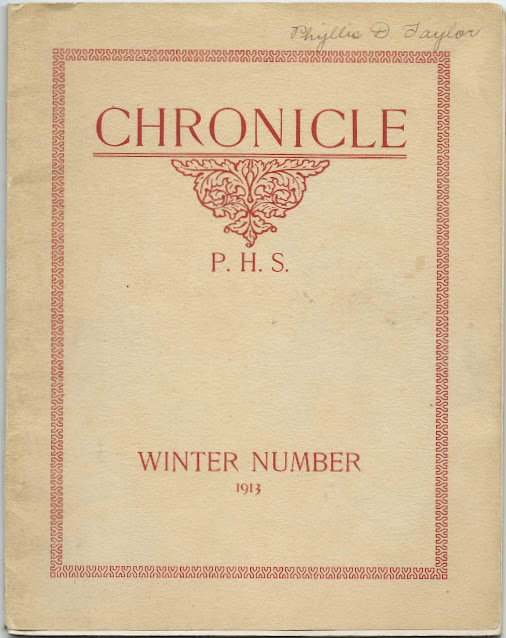 1913 Winter Edition of the Chronicle of Paris High School at South Paris, a village in the town of Paris, Maine.

The issue measures a bit more than 9" by 7" and contains 21 numbered pages, plus several pages of advertising.  The cover has the handwritten name of Phyllis D. Taylor.

Note of August 29, 2015:  Scroll down to the comments section where a reader has left information on Phyllis Deane Taylor, including the names of her parents, husband and children.
Images of all of the pages appear at the end of this post.


Names Mentioned - some multiple times.  Note: Given names within a specific surname might not be in alphabetical order 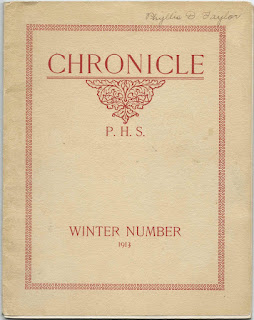 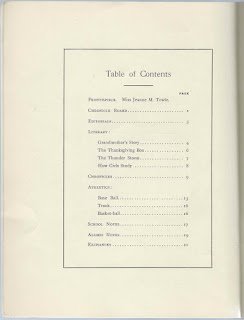 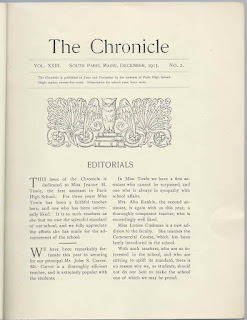 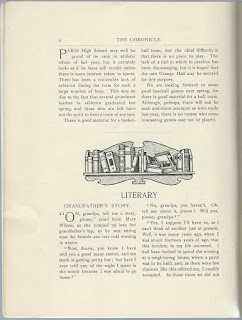 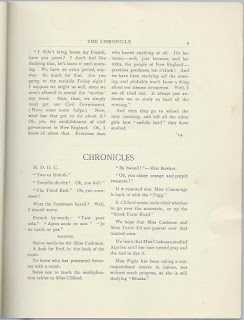 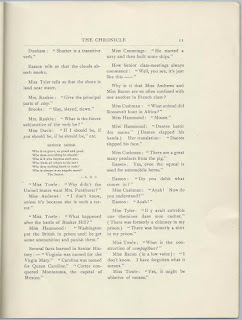 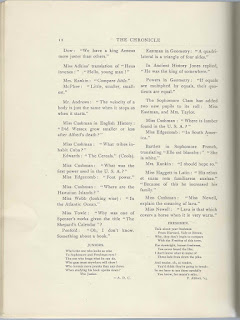 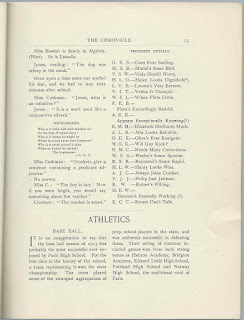 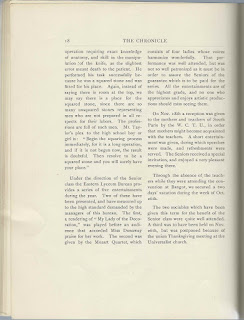 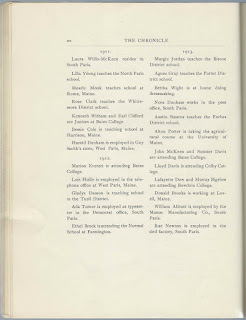 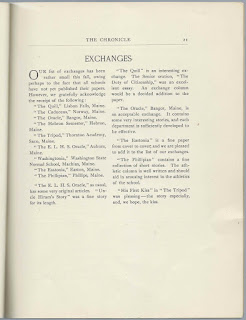 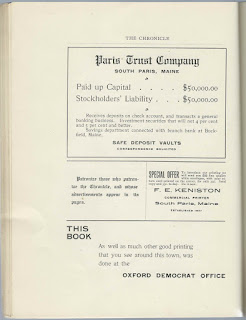 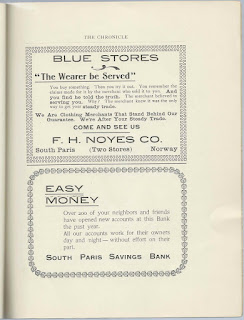 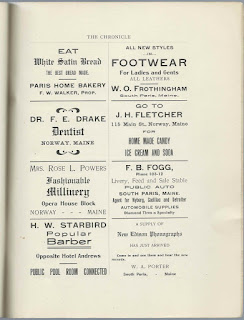 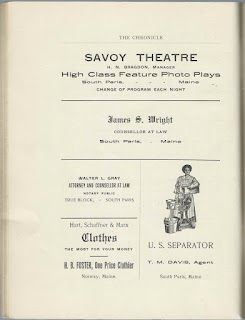 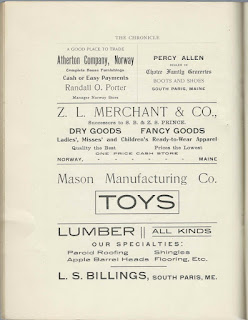 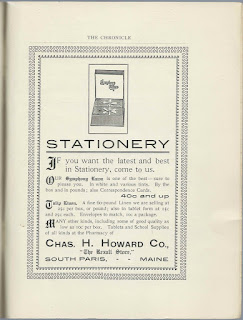 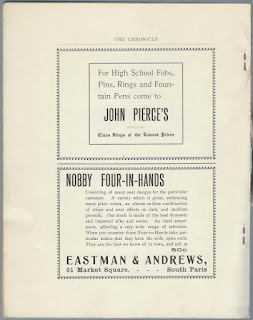 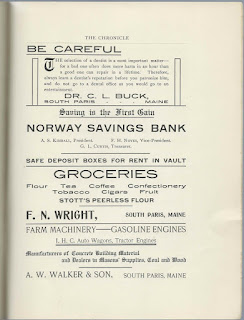 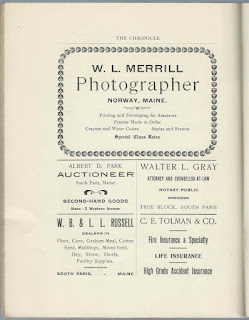 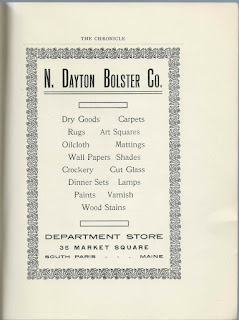 Posted by Pam Beveridge at 3:15 PM