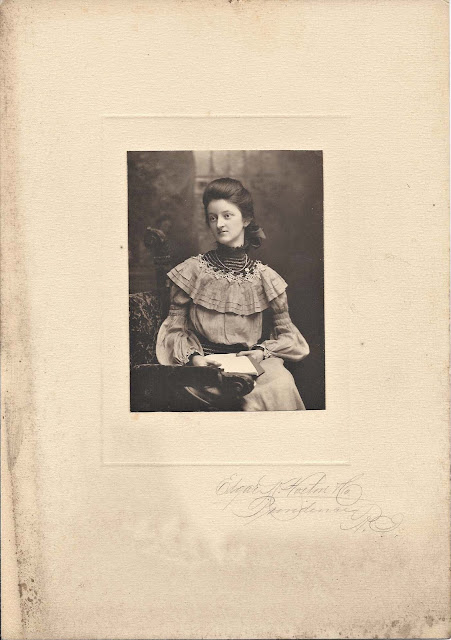 The photograph itself is 4" x 3"; mounted, the piece is 10" x 7".  It was found with 15 similar photographs of 7 young men and 8 other young women.  Most, if not all, of the photographs were taken by the Edgar K. Horton studio of Providence. 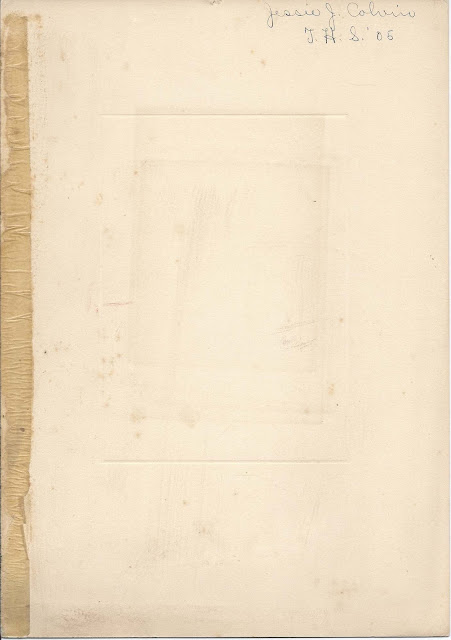 It appears that Jessie's parents were divorced early on in her life.  George may have been the George Bowen Colvin who moved to Michigan and started another family there.

The 1920 Census of Cranston, Rhode Island. showed Jessie living with her mother and maternal grandmother.  Jessie was teaching, and her mother was a dressmaker.

I lost track of Jessie after finding her name in a 1924 city directory of Providence, where she was listed as a teacher at the Roosevelt School.

Hopefully Jessie married and went on to lead a happy life.

If you have any corrections to the information above, or additions to it, please leave a comment or contact me directly.  Thanks!