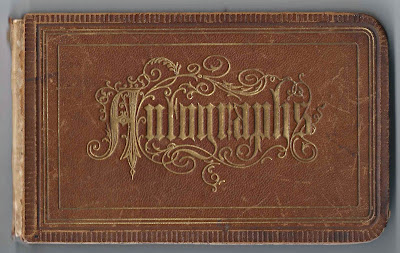 1870s/1880s autograph album that belonged to Sarah Adella Lapham of West Pembroke, Massachusetts.  She inscribed her name on the first end paper.  See a slide show of images of the pages of the entire album at the end of this post. 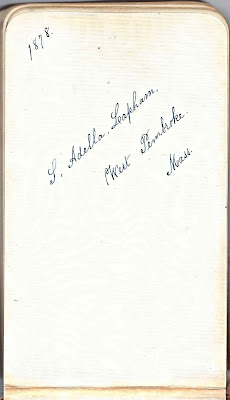 The album is approximately 7" x 4-1/4" inches and contains 79 pages signed by Adella herself, her relatives and friends.   Many of the surnames in this album will be familiar to people researching families in Massachusetts, especially Plymouth County. 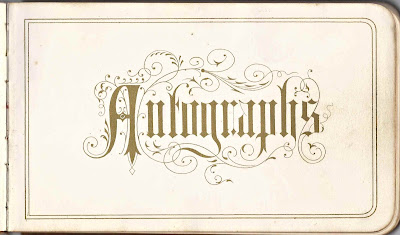 Sarah Adella Lapham was born 20 April 1857 at Pembroke, Massachusetts, the daughter of Samuel and Sarah Keene (Fish) Lapham, who were born at Pembroke themselves.

I believe it was Sarah Keene (Fish) Lapham of Pembroke, Massachusetts, who signed a page in her daughter's album on 24 July 1884. 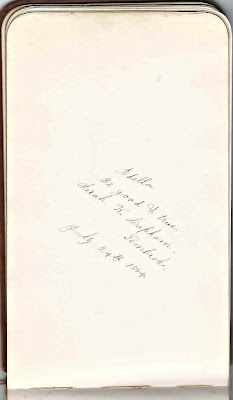 As late as the 1920 Census, Adella was still going by her maiden name, so I'm assuming she never married or had children.

Alphabetical list of signers in Adella's album: [Note: given names within a specific surname may not be in alpha order.]

Pembroke, Massachusetts [Notice Bryantville a bit to the southwest]