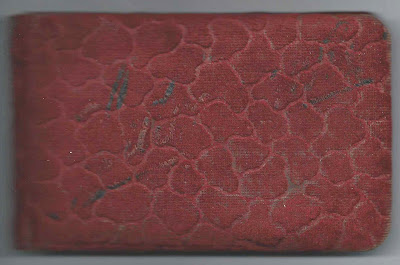 The album, which appears to have been a Christmas present to Mattie in 1894, is approximately 5-1/2" x 3-1/2" and contains 34 pages signed by Mattie herself, her relatives and friends. 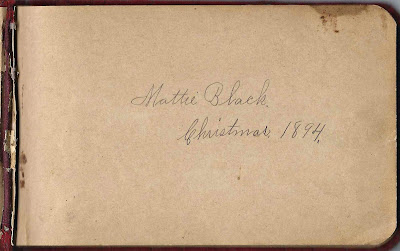 Martha Josephine Black, "Mattie, was born in Vermont on 7 December 1883, the daughter of Hibbard C. and Addie F. (Perry) Black, who were born at Putney, Vermont, and Westmoreland, New Hampshire, respectively. 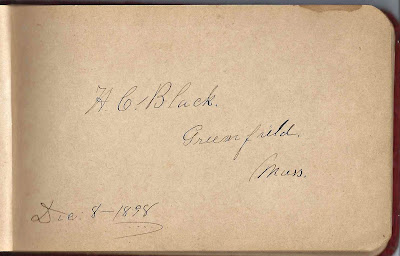 Mattie's older siblings Leone A. Black and George Black signed pages as well.  Leone dated hers 23 January 1895, at which time the family was apparently still living at Putney, Vermont. 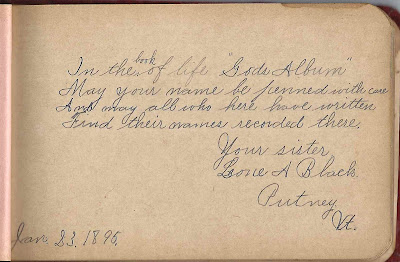 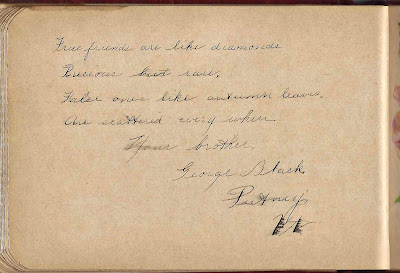 At the time of the 1900 Census, Hibbard, Addie and their children Leone, George and Mattie were still together at Greenfield.  By 1910, George was out of the house.  By 1920, Mattie was the only child left in her parents' household.

Frederick was born 28 April 1859 at Greenfield, Massachusetts.  He was a widower; his wife Carrie A. Dean, with whom he had three children, had died in 1916.

Frederick died in 1926.  The 1930 and 1940 Censuses of Greenfield show Mattie and her sister Leone living in the same household at Greenfield, Massachusetts.  Leone was a nurse in a doctor's office.  No occupation was given with Mattie in either Census. 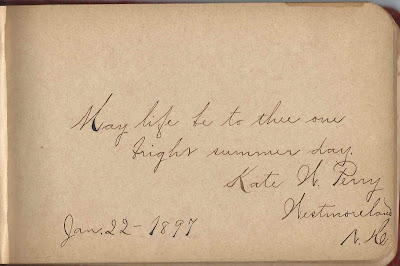 Alphabetical list of signers [Note: given names within a specific surname may not be in alphabetical order.]