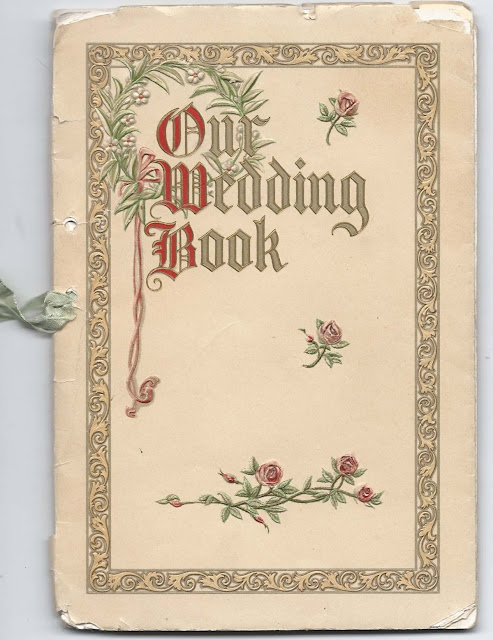 The two photographs below may be baby photos of the bride and groom. 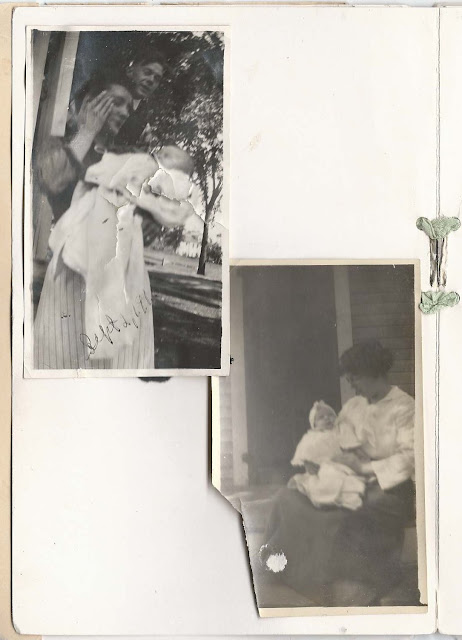 A photograph of Rev. Peter Black, who performed the wedding ceremony. 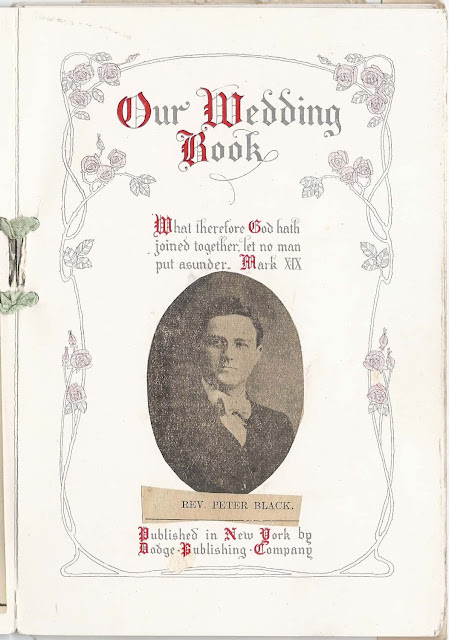 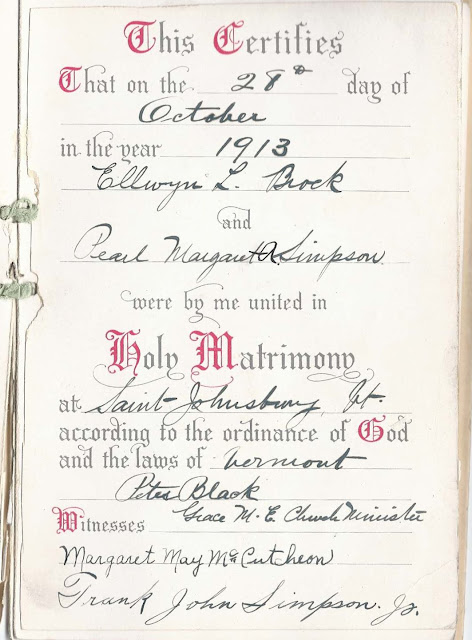 Two photographs that might be of the immediate families of the bride and groom. 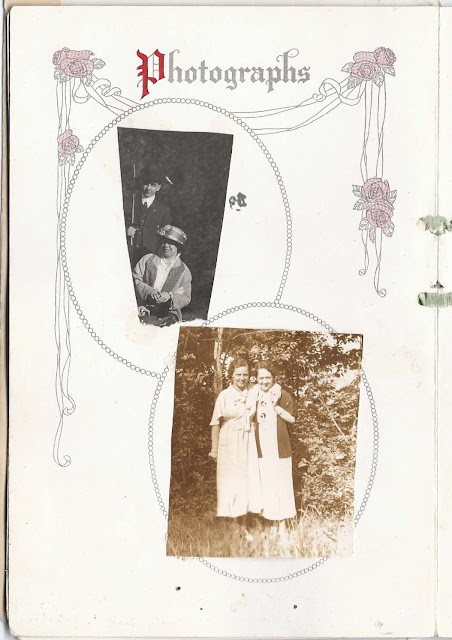 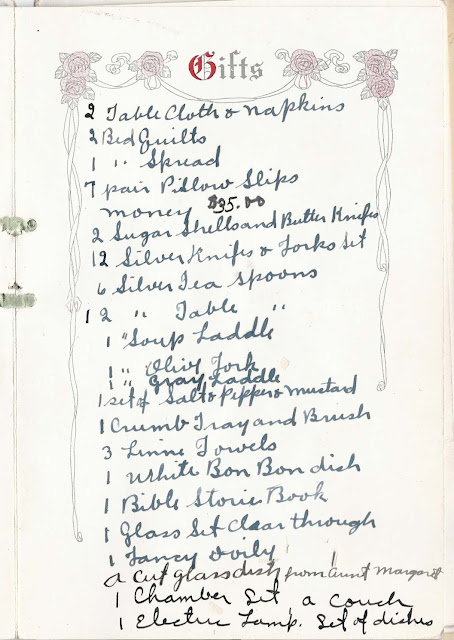 A page with two more gifts and a photograph taken at Littleton, New Hampshire on 18 April 1915. 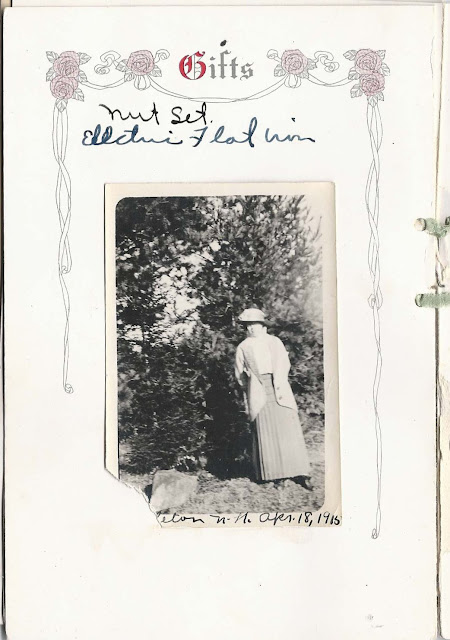 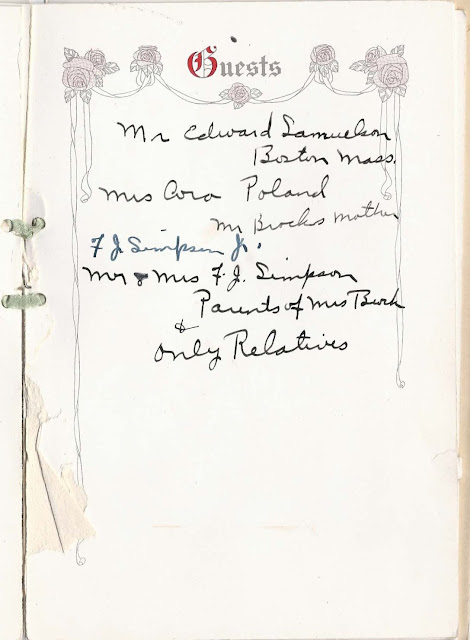 A photograph of three women: 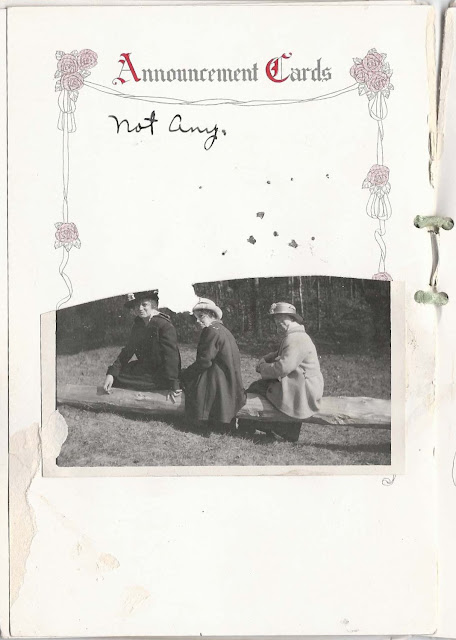 Our Wedding Journey, from St. Johnsbury, Vermont, to Littleton, New Hampshire, and a photograph of three women: 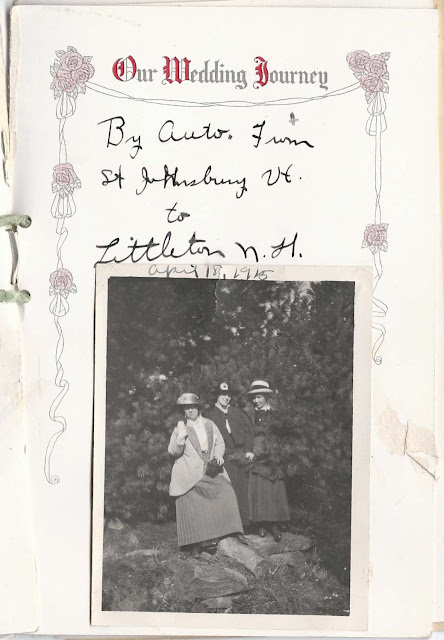 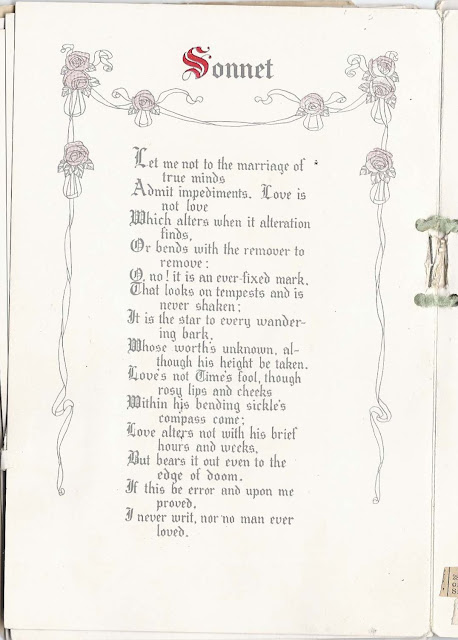 5 newspaper clippings of the wedding: 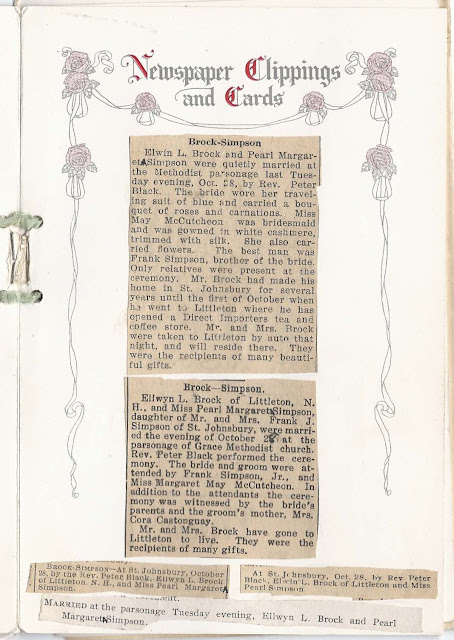 The "At Home" page has three addresses in Littleton, New Hampshire: [See the loose photograph, shown below, that may be a house represented by one of these addresses.] 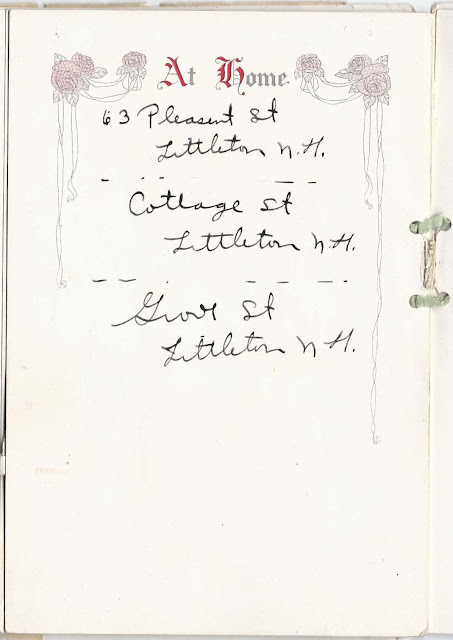 A sad newspaper clipping of the death of Franklin Ellwyn Brock, infant son of Mr. and Mrs. E. L. Brock of Littleton, New Hampshire, and a photograph of three men and two women. 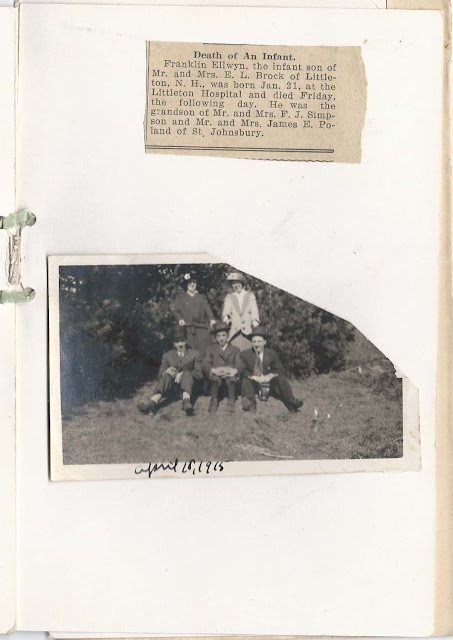 A loose photo was found inside the album, perhaps of the house that either the bride or groom had lived in before marriage or one of their homes at Littleton, New Hampshire after their marriage. 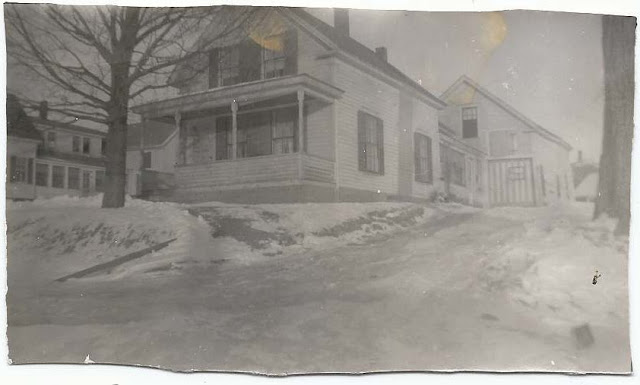 In the 1930 census, Ellwyn was married to his second wife, Olive J. and living at Springfield, Massachusetts.  Pearl and their two daughters were living in the household of Walter and Katherine Farr at Lowell, Massachusetts.

If you have corrections to the information above or more information on the Brock and Simpson families, please leave a comment or contact me directly.  Thanks!