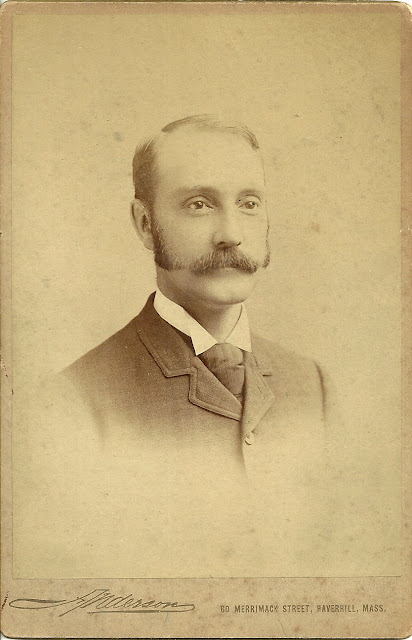 Note: This post has been amended with additional information provided by readers.

Cabinet photograph of a man identified on reverse as "Mr. Cate, our Minister".  The photograph was taken by the Anderson Studio of 60 Merrimack Street, Haverhill, Massachusetts. 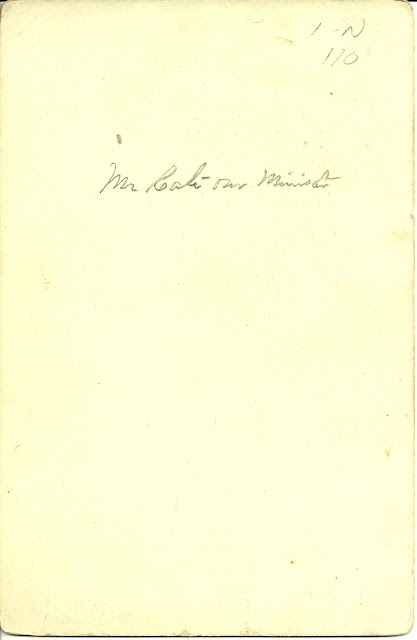 From comparing photographs, I believe this is Isaac Wallace Cate, a minister at various New England parishes and a missionary to Japan, who, along with his wife Ella Gertrude (Stimson) Cate, became a noted authority on Japanese culture.

Here is a printed photograph I found of him, when he was perhaps ten years older than in the photograph above. 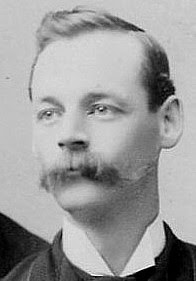 From online research, hopefully correct: [and hopefully a reader will provide corrections, if necessary - as one reader has already done]

Isaac Wallace Cate, who went professionally by the name I. Wallace Cate, was born 30 July 1862 at Calais, Vermont, the son of Lemuel McKnight Cate and Jerusha (Pitkin) Cate.

I. Wallace  married Ella Gertrude Stimson in 1892.  She was born in Boston in September of 1865, the daughter of Royal D. and Annie (possibly Mareen or Richardson) Stimson.

Note from a descendant: Ella Gertrude (Stimson) Cate was a woman of accomplishment herself, having acquired a Master's Degree during the 1880s; she was able to converse in a variety of languages and held salons in Japan, attended by the intellectual, industrial and political elite.


From what I could find, the couple had five children:
At least two of the children graduated from Goddard Seminary in Vermont, their father's alma mater.

Isaac Wallace Cate developed an illness in Japan and was on his way home to the United States when he died on board a ship off the  west coast of New Zealand, on 11 May 1908.

His widow Ella returned to Japan where she taught until her retirement in 1928.  She and her son Philip operated the Oriental Store at Nashua, New Hampshire.  She died in 1938.

If you have any corrections and/or additions to the infomration above, please leave a comment or contact me directly, so that I change or add information for the benefit of future readers.  Thanks!

An archive of the papers of Isaac Wallace Cate and some of those of his wife and children are held at the Andover-Harvard Theological Library of Harvard Divinity School.

A Vermont history site has brief biographies of Isaac Wallace Cate, his wife and children.

It's amazing how a photograph purchased at an antique mall can lead to such an interesting family.

Posted by Pam Beveridge at 2:12 PM