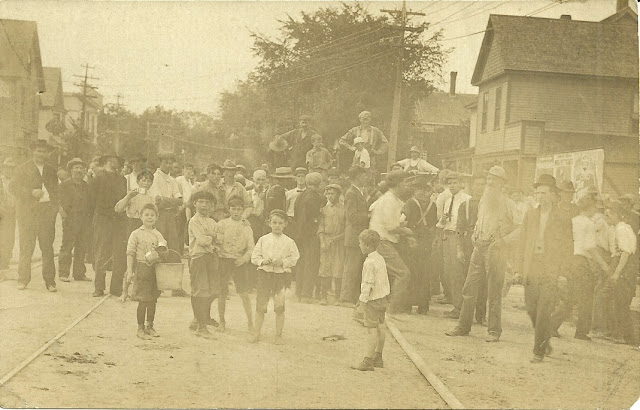 Real photo postcard of a scene most likely at Eastport, Maine. Someone wrote on the reverse "Getting Ready for Sideshow".

The card was addressed by Uncle Fred to Miss Laura B. Hutchinson at Bethel, Maine but was not sent through the mails. 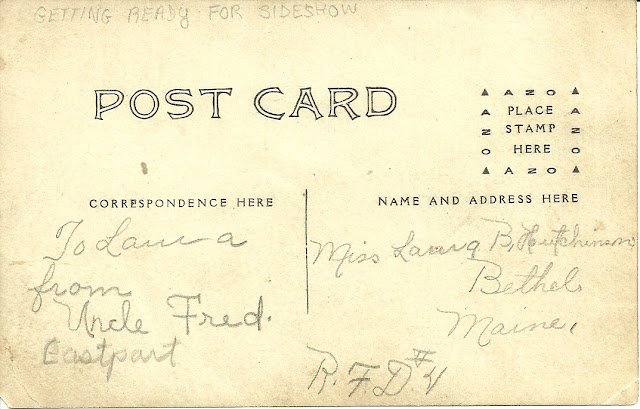 Laura Beatrice Hutchinson was born 8 June 1901 at Mason, Maine, the daughter of Ervin L. and Charlotte Augusta "Lottie" (Mills) Hutchinson.   Mason, near Bethel, Maine, was dissolved in 1935 and is now called Mason Township.

I've been unable to find the identity of Uncle Fred. I've checked for siblings of parents and grandparents but am not sure I've found all of them. And there's a possibility that "Uncle" was an honorific.

If you have any corrections, additions or insights to the information presented here, please leave a comment or contact me directly.