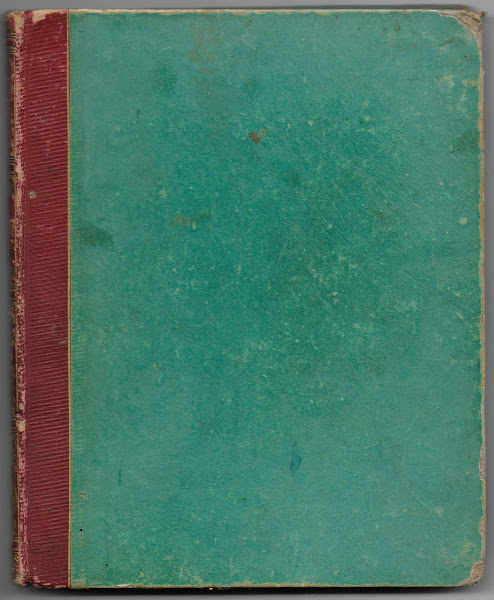 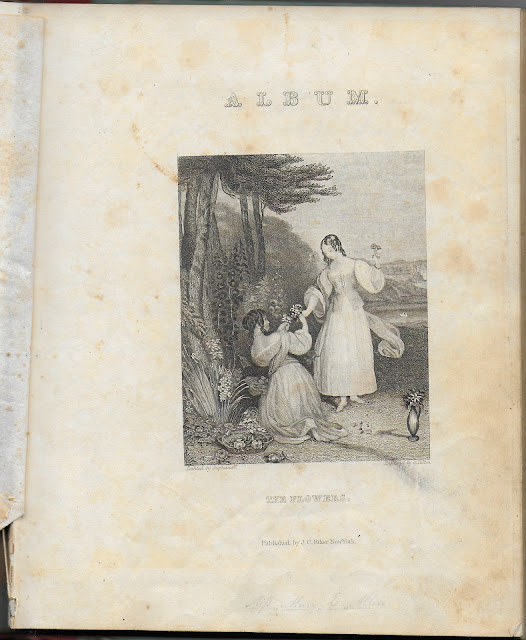 The album, published by J. C. Riker of New York, measures approximately 7-3/4" by 6-1/4" and contains the sentiments of over thirty of Mary's acquaintances, possibly some of them family members.  A few of the pages have engravings.
Sadly, it appears that some pages were removed from the album before it came into my hands.
An alphabetical list of the inscribers, together with any personal information they offered, appears at the end of this post.
Place names include:
Surnames in the Album