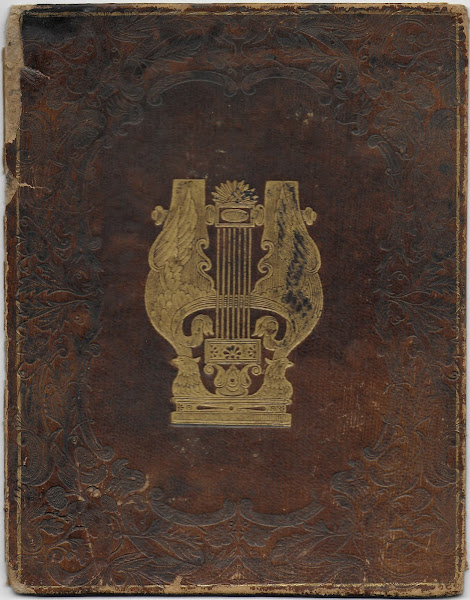 1820s/1830s autograph album of Miss Caroline Avery, whose name appears on the title page just below the right edge of the engraving. 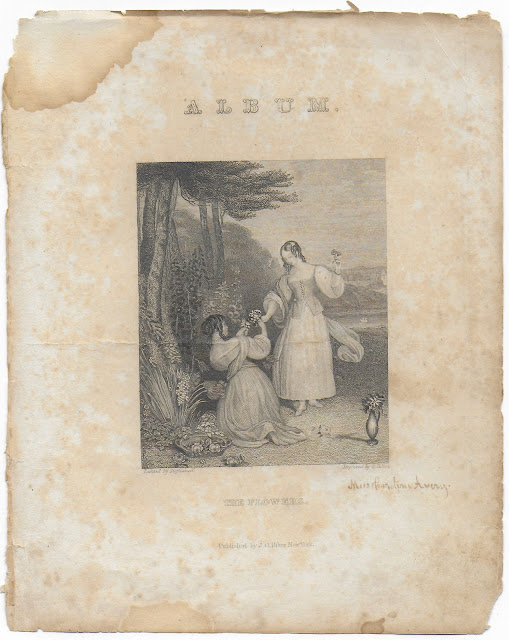 One of the few inscriptions that shows a town was from Greenland, New Hampshire; others are from Newburyport, Massachusetts.  It's possible that Caroline may have lived in Greenland herself.  She may have been the Caroline Avery (1818-1899) of Greenland, New Hampshire, who would marry George Weeks (1810-1869).
The album measures approximately 7-3/4" by 6" and contains hand colored engravings interspersed through and many pages of handwriting, but of that number some appear to copying the prose and poetry of literary figures. Those have the pencilled name of "Dr. Brown", written under the inked handwriting.
Most of the inscribers sign with a given name or an initial or set of initials, with the initials very hard to make out.  However, several people did pen their entire names and towns of residence, so not all was lost.
Surnames in the Album - in addition to Caroline Avery and Dr. Brown
Towns mentioned
If you have a theory as to Caroline's identity or if you have information to share on anyone else mentioned here, please leave a comment for the benefit of other researchers.
Alphabetical List of Inscribers 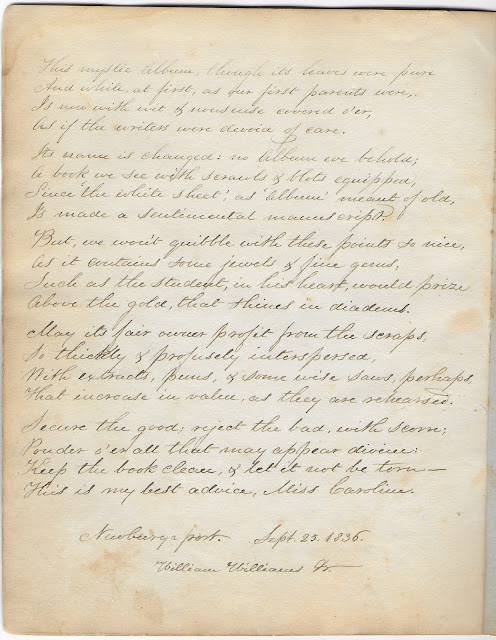 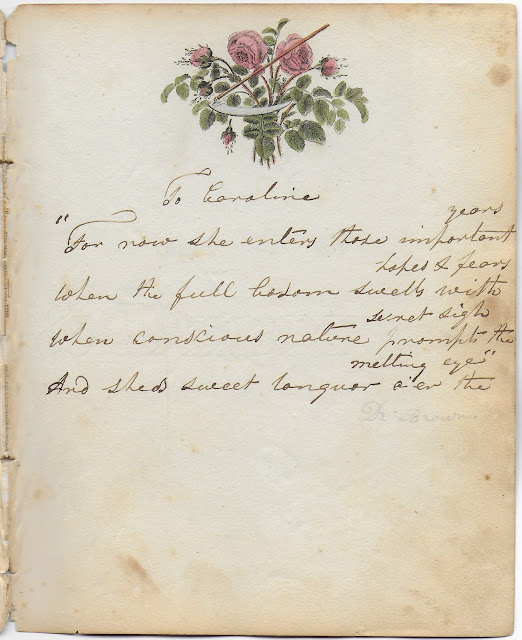 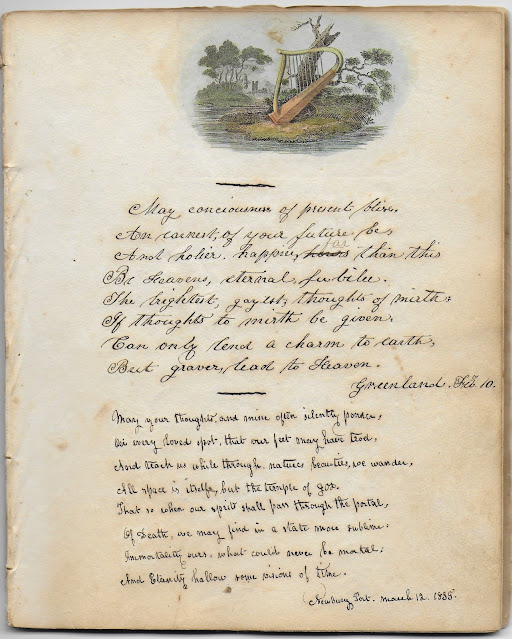 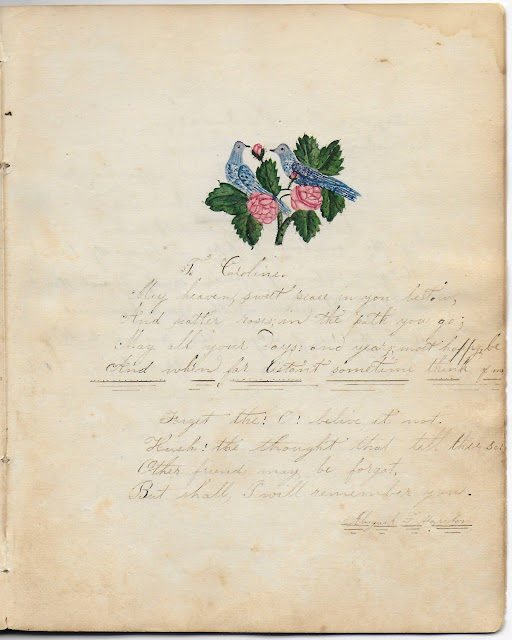 Posted by Pam Beveridge at 1:11 PM