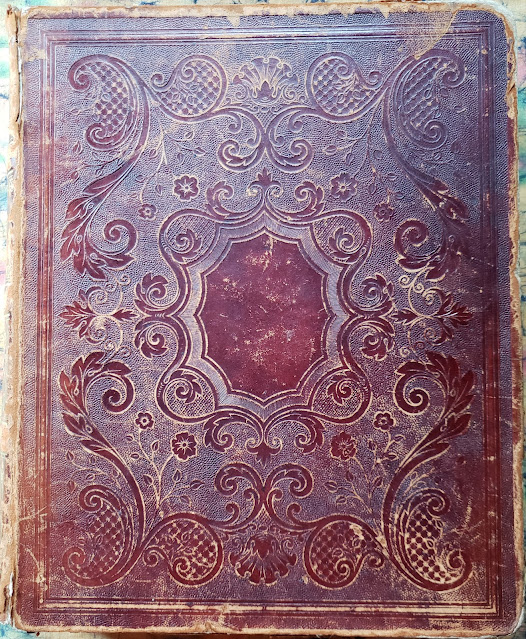 Bible presented to Lydia A. (Andrews) Goodwin (1824-1912) of Monmouth, Maine, by her husband Charles W. Goodwin (1823-1873).  The couple was childless.
The Bible contains marriage, birth and death dates for Lydia's parents, siblings and husband.
This heirloom is held at the Taconnett Falls Genealogy Library in Winslow, Maine, a repository containing many one-of-a-kind items found nowhere else, including donated and/or bequeathed papers and research into the genealogy of families in Maine, New England, the Maritimes, Quebec and beyond.

The Bible was printed by Luther Roby in 1849 in Concord, New Hampshire. 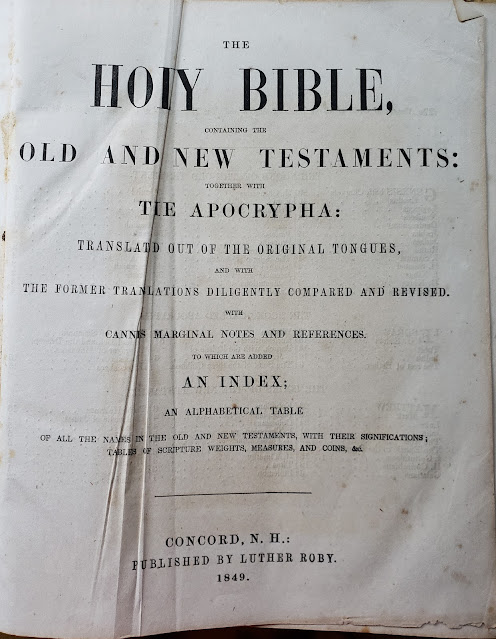 The Family Records pages consist of handwritten entries on the Marriages, Births and Deaths pages. 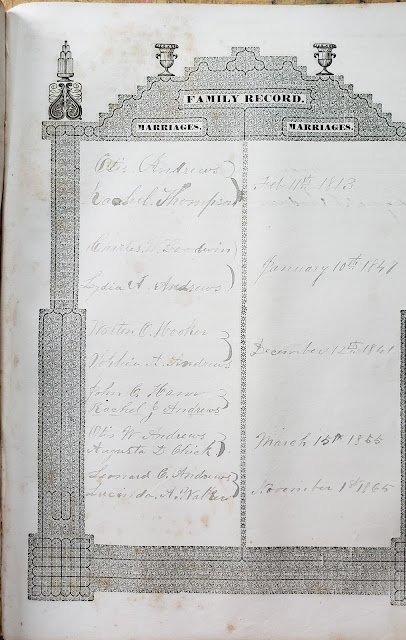 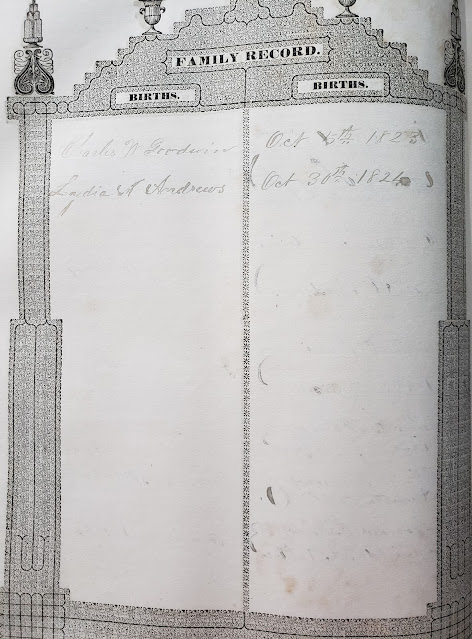 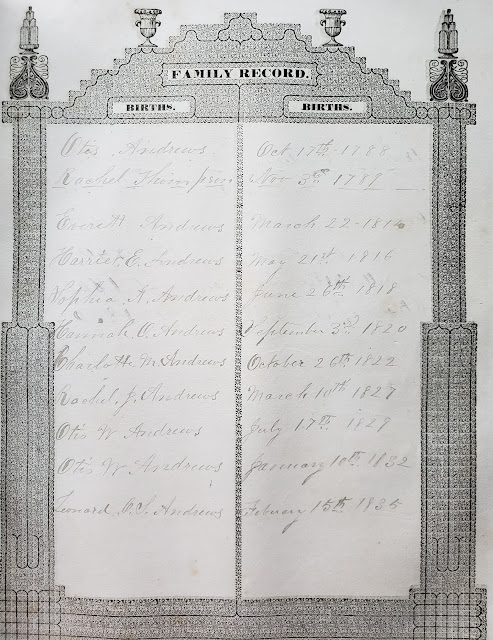 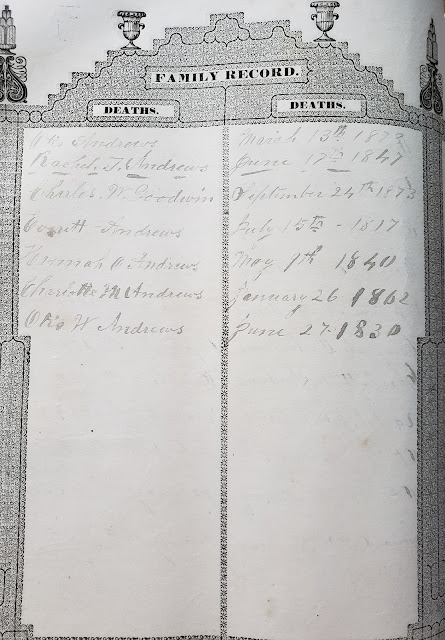 Deaths
If you have information to share on any of the people mentioned, please leave a comment for the benefit of other family researchers.