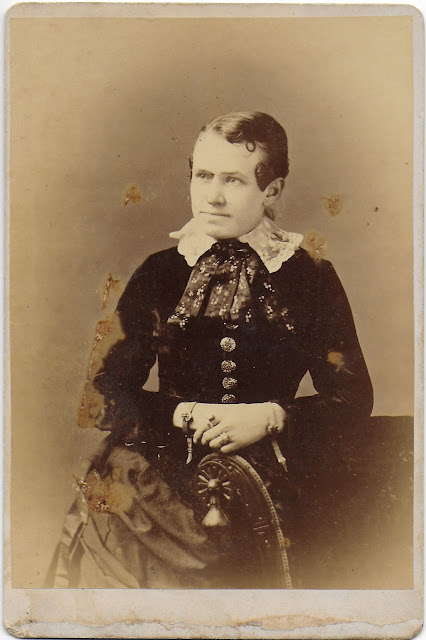 She was Ellen Amanda (Rogers) Swales (1850-1931), wife of George Washington Swales of Jacksonville, Illinois, who were born in New York and Illinois, respectively.

According to Ellen's death record, she was born 5 September 1850 in New York, casting the possible date of of the photograph, noted above as 1860, into doubt.  More likely the photograph was taken in the range from the late 1860s into the 1870s.

Ellen died on 9 December 1932 and is buried in the Jacksonville East Cemetery in Jacksonville, Illinois, with her husband. 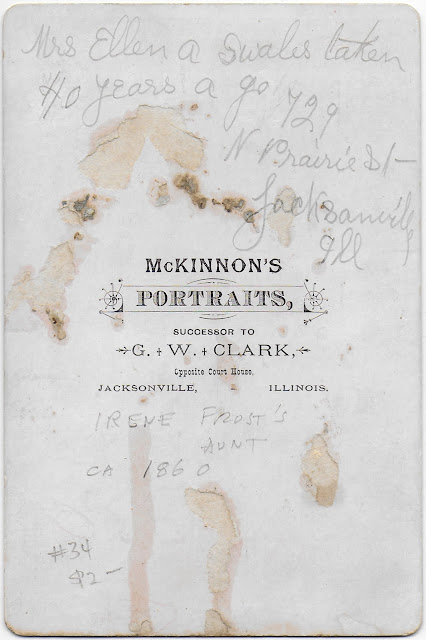 If you have information on the families of Ellen Amanda (Rogers) Swales and George Washington Swales, please leave a comment or contact me directly.

Posted by Pam Beveridge at 1:42 PM