c1899 Photograph of Elton P. Cook of Leeds, Maine, at the Age of Six 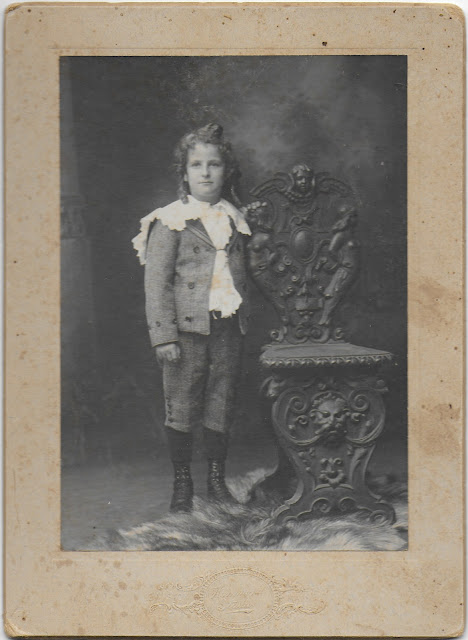 Circa 1899 photograph of Elton P. Cook of Leeds, Maine, at the age of six.  The photograph was taken by the Hammond studio of Lewiston, Maine. 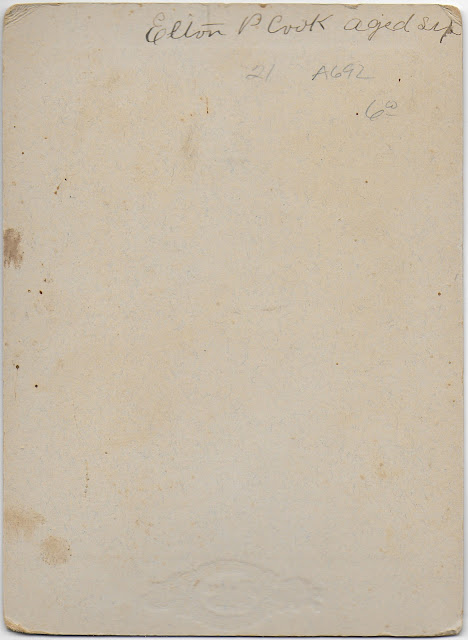 Elton, his older brother Eugene and their parents were enumerated in late June in the 1900 Census of Wales, Maine.  Sadly, Elton died a few months later, on December 6, 1900.  His death occurred within a year or so of this photograph.

Forest also died before his time, as the result of an accident in 1907.  He and Ella had met, presumably, while growing up in Palmyra, Maine.

The surviving son, Eugene Forest Cook (1887-1975), was working as a brakeman for the Maine Central Railroad when he married Lillian Ranco in Old Town in 1915.

Forest, Ella and Elton are buried in the Keenes Corner Cemetery at Leeds, Maine.

If you have information on the Cook and Parkman families, please leave a comment or contact me directly.

Posted by Pam Beveridge at 3:14 PM