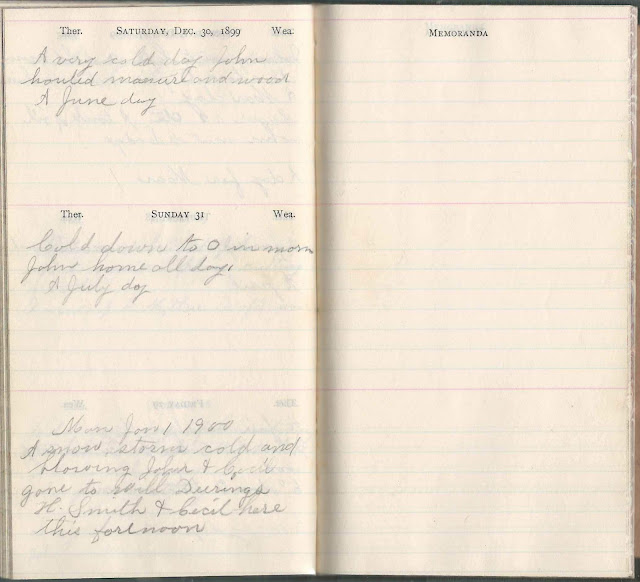 Holdover from the 1899 Foss diary 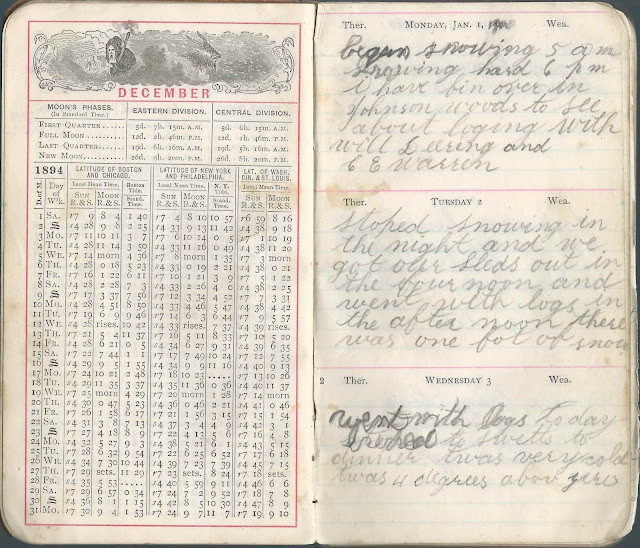 January 1, 1900 - [John]  Began snowing 5 am. Snowing hard 6 pm. I have been over in Johnson woods to see about logging with Will Deering and C. E. Warren.
January 2, 1900 - [John]  Stopped snowing in the night and we got our sleds out in the forenoon and went with logs in the afternoon. There was one foot of snow. 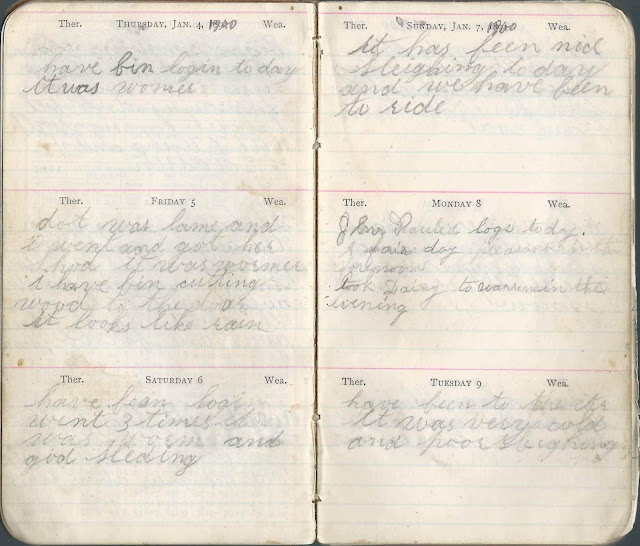 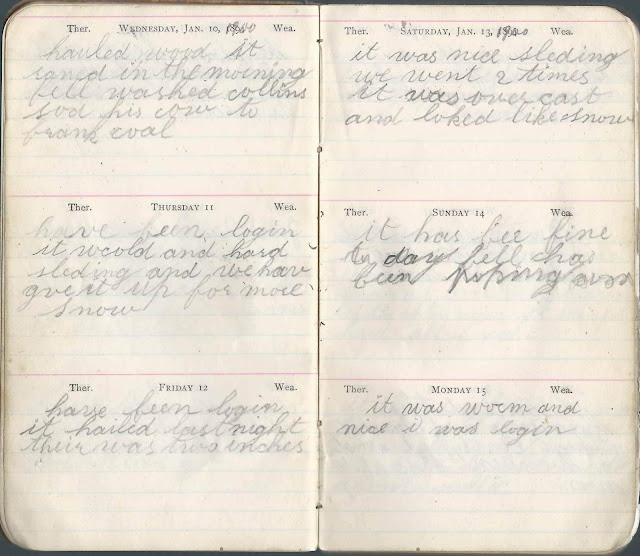 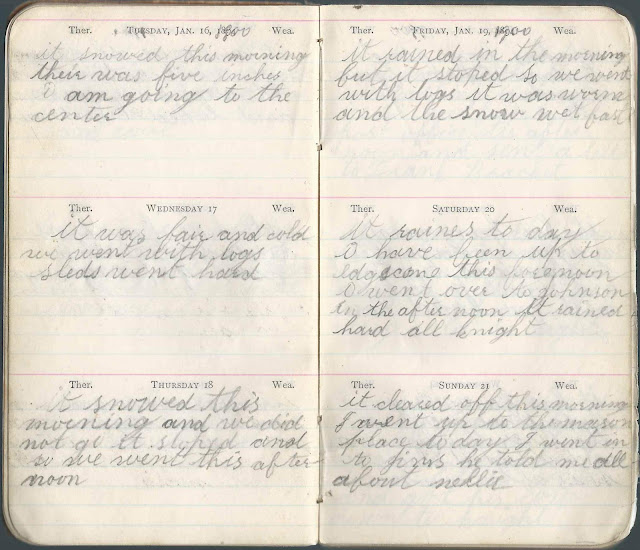 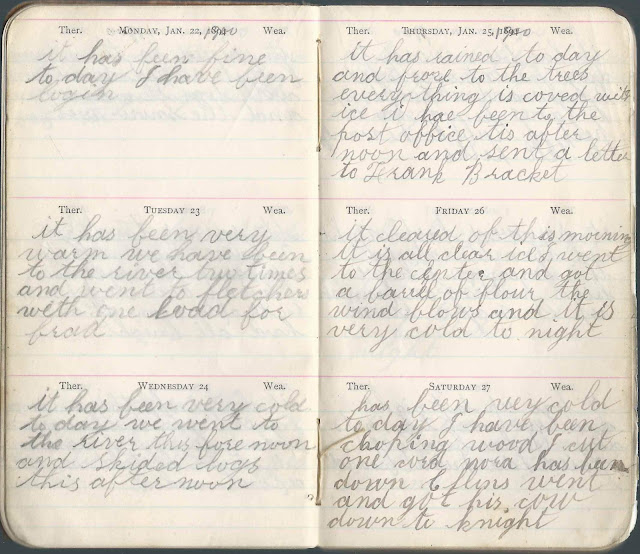 January 25, 1900 - [John]  It has rained today and froze to the trees. Everything is covered with ice. I have been to the post office this afternoon and sent a letter to Frank Bracket.
January 26, 1900 - [John]  It cleared off this morning. It is all clear ice. I went to the center and got a barrel of flour. The wind blows and it is very cold tonight. 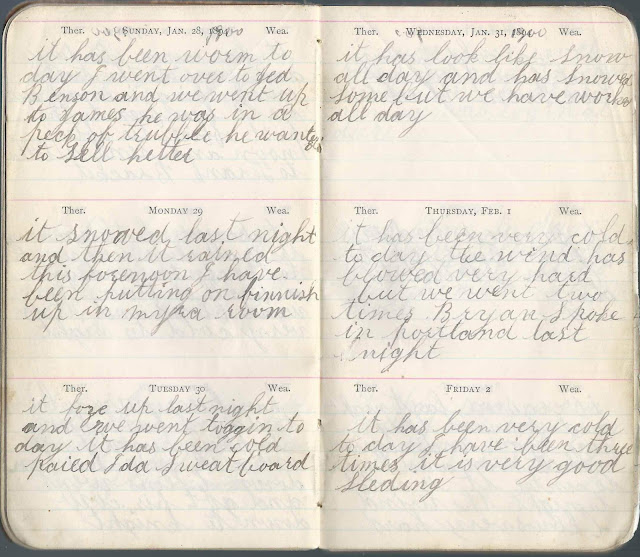