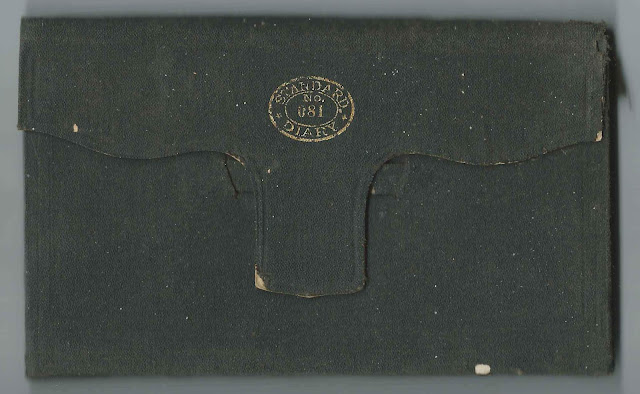 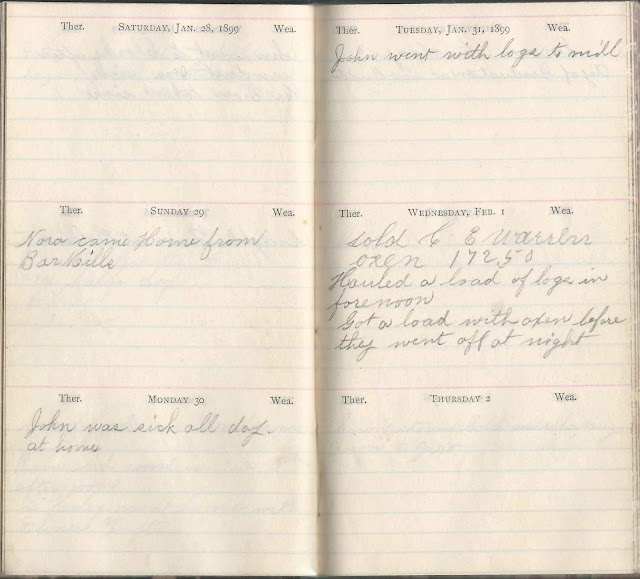 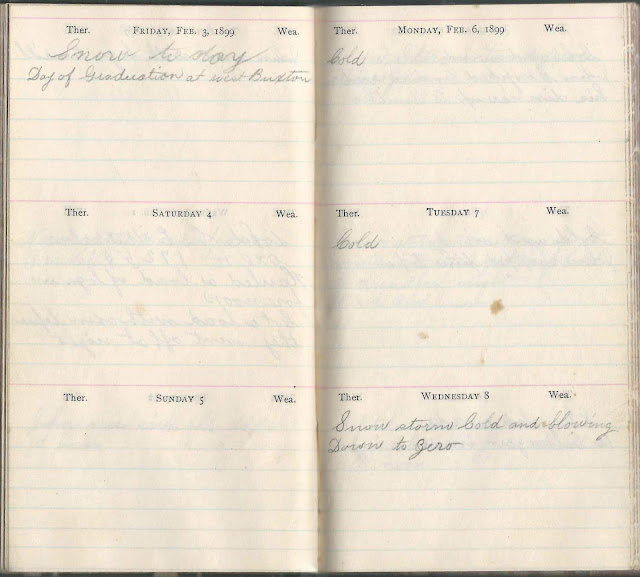 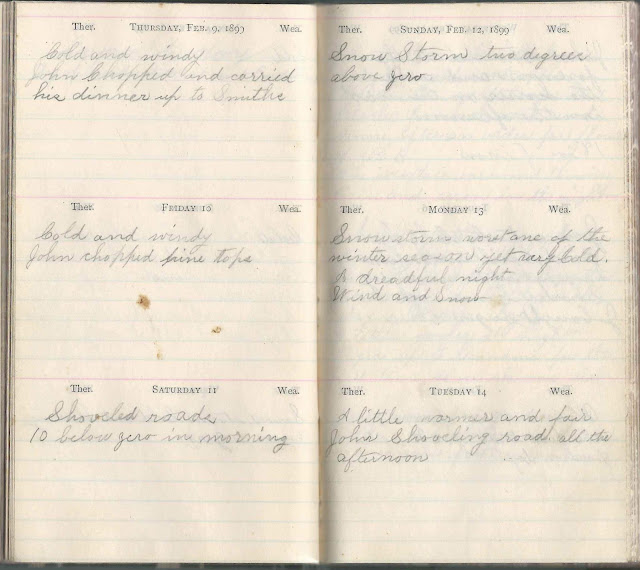 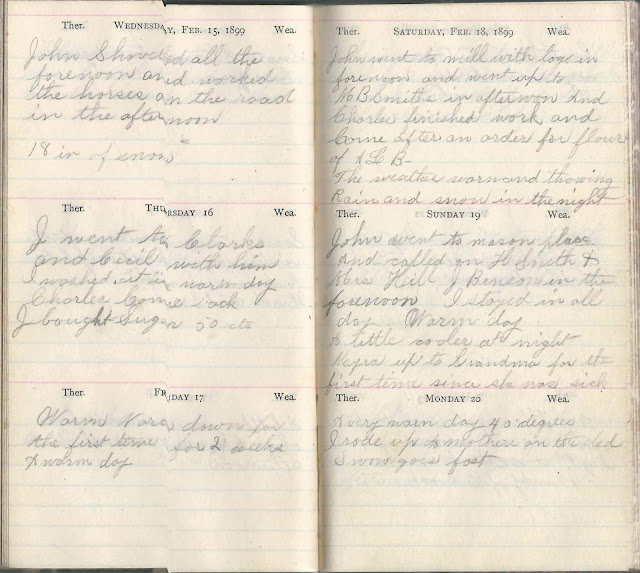 Wednesday, February 15, 1899: [Belle]  John Shoveled all the forenoon and worked the horses on the road in the afternoon.  18 in. of snow. 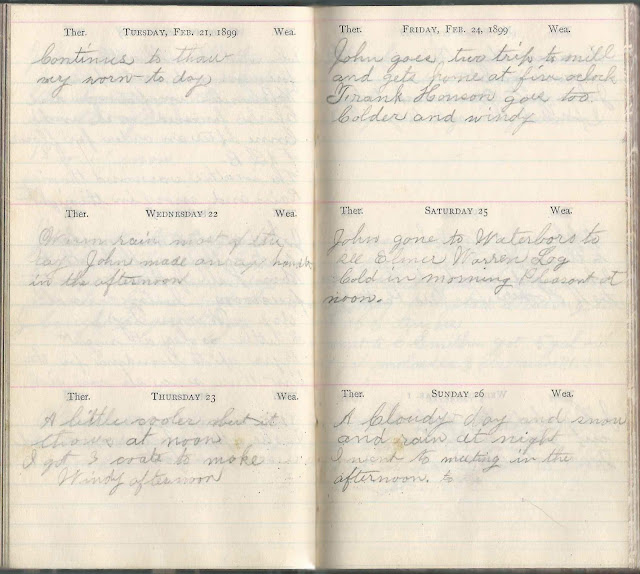 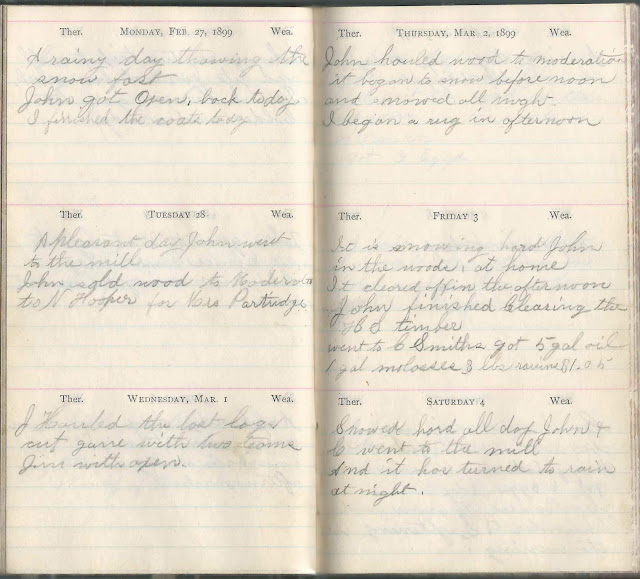 Monday, February 27, 1899: [Belle]  A rainy day, thawing the snow fast. John got Oxen back today. I finished the coats today.

Posted by Pam Beveridge at 2:33 PM