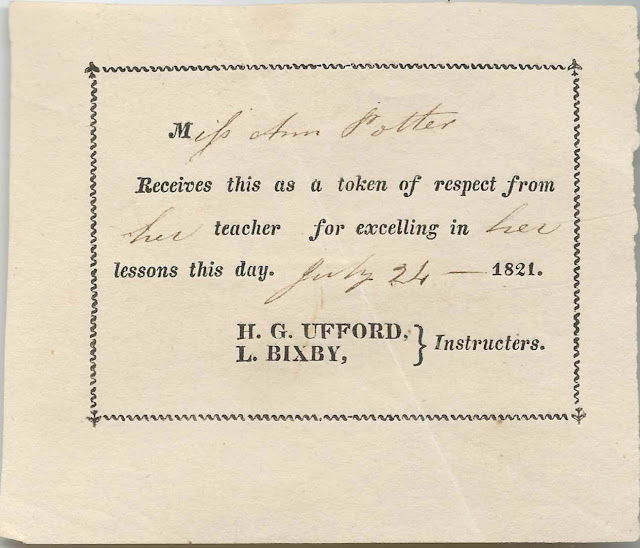 The token of respect came with a group of papers, including Family Record pages removed from a Bible, that pertain to the genealogy of several families:

As noted in the accompanying papers, Miss Ann Potter was Ann Caroline Potter, born in 1808 in New York City and future wife of New York City attorney Frederick Wait Burke, a native of Woodstock, Vermont.  Ann died on August 23, 1882 at Brooklyn, New York; her death record indicates that her father was born in New Jersey and her mother on Long Island in New York.  The Mary Potter living with the Burkes at the time of the 1850 and 1860s Censuses was presumably Ann's widowed mother.

H. G. Ufford was presumably Rev. Hezekiah Gold Ufford, born in 1779 and a graduate of Yale College. Below, his obituary in the Yale publication Obituary Record of Graduates of Yale College Deceased from July, 1859, to July, 1870, noting that he was born April 14, 1779 at Stratford, Connecticut, son of Samuel Ufford and Abigail (Gold) Ufford: 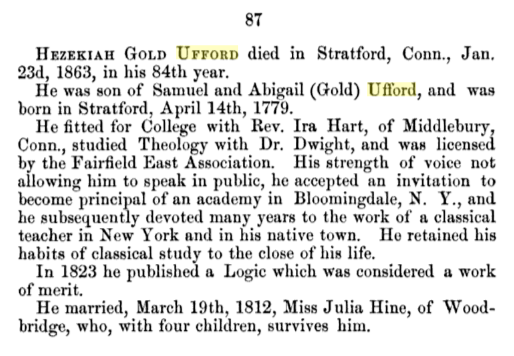 L. Bixby may have been Rev. Lewis Bixby, whose name appears with that of H. G. Ufford in a testimonial of the Story of Jack Halyard, the Sailor Boy.  This Lewis Bixby was born in New Hampshire about 1795, graduated from Yale College and taught in several places in New York throughout his career.

Below, his mention on pages 563 and 564 in A Genealogy of the Descendants of Joseph Bixby, 1621-1701, of Ipswich and Boxford, Massachusetts..., compiled by Willard Goldthwaite Bixby and published in 1914: 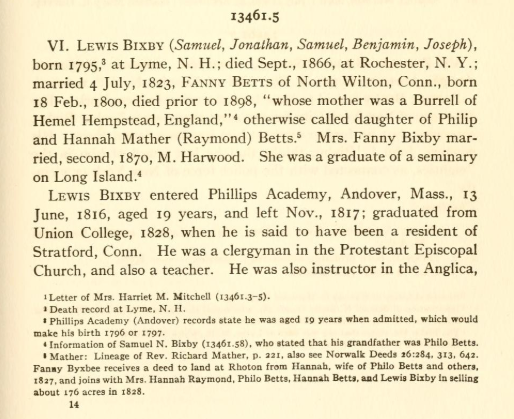 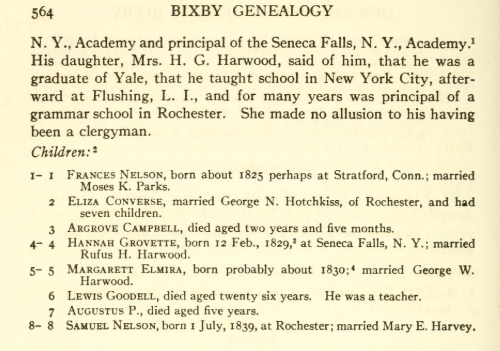 If you have information on Ann Caroline Potter, Hezekiah Gold Ufford and/or Lewis Bixby, please leave a comment or contact me directly.

Posted by Pam Beveridge at 9:29 AM