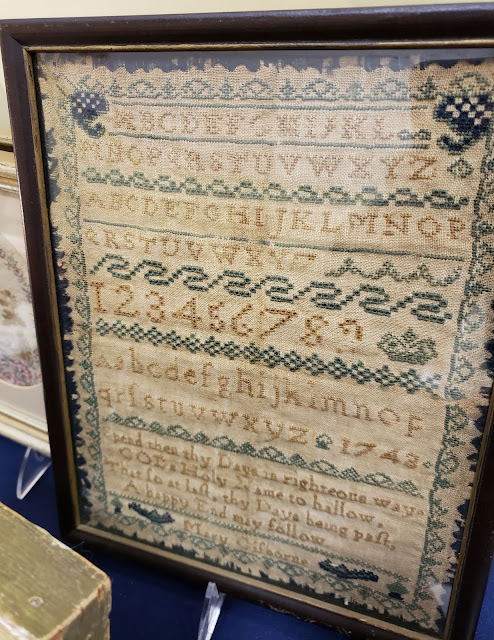 Sampler wrought in 1743 by Mary Gisborne.  A l988 letter on the reverse, shown below, speculates that Mary might have been from New Hampshire, and I did find Gisborne families in New England.

She may also have been the Mary Gisborne who was born at the British Chaplaincy at St. Petersburg, Russia, daughter of Consul Thomas J. Gisborne, though I found an unsourced reference that this Mary died in 1837 at Stockholm, Sweden.

And it would be fun to think that she might have been Maria (?) Reveley Gisborne, to whom poet Percy Bysshe Shelley wrote his "Letter to Maria Gisborne" in 1820. 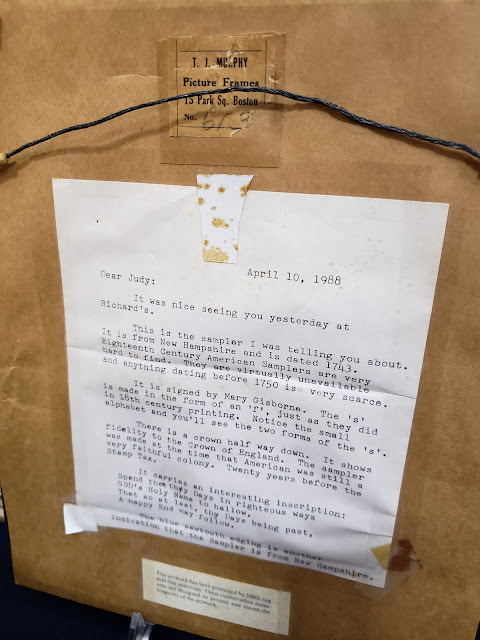 The letter above mentions that the crown in the design indicates a loyal subject of colonial America, but it seems also a likely symbol among needle workers in the British empire.

If you have a theory as to the identity of Mary Gisborne, please leave a comment or contact me directly.  Thanks for stopping by!