Account of Sugar Refined in 1815 in the Sugarhouse of Benjamin West on Cambridge Street, Boston, Massachusetts 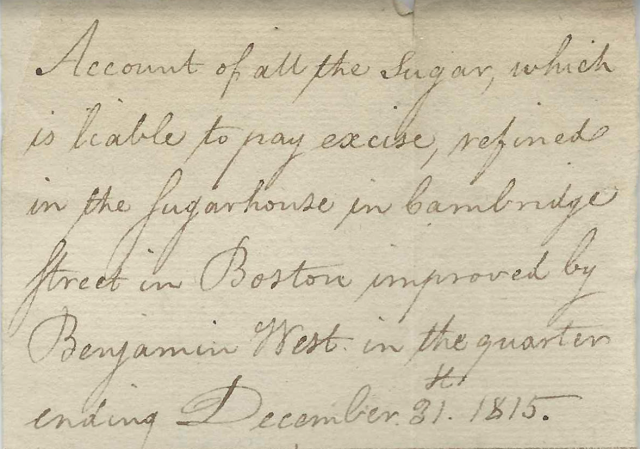 Handwritten account of all the Sugar, which is liable to pay excise, refined in the Sugarhouse in Cambridge Street in Boston, Massachusetts, improved by Benjamin West in the quarter ending December 31, 1815.

The document measures a bit more than 12" long so was too big for my scanner.  The image below was taken with a phone camera and captures the length but not the color.

The reverse of the document has some text right side up and some upside down.

The reverse scanned in two images: 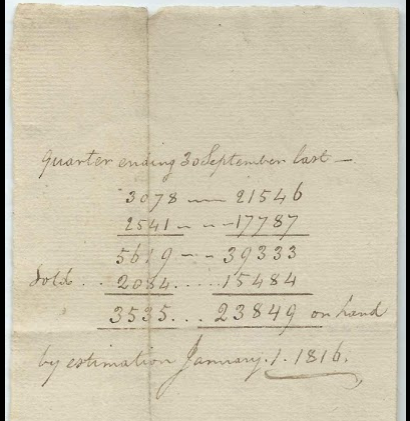 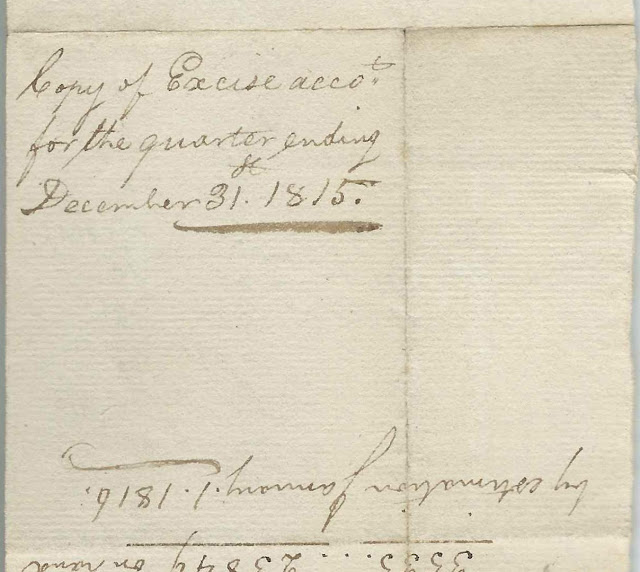 An enlargement of Benjamin West's signature, executed on January 1, 1816. 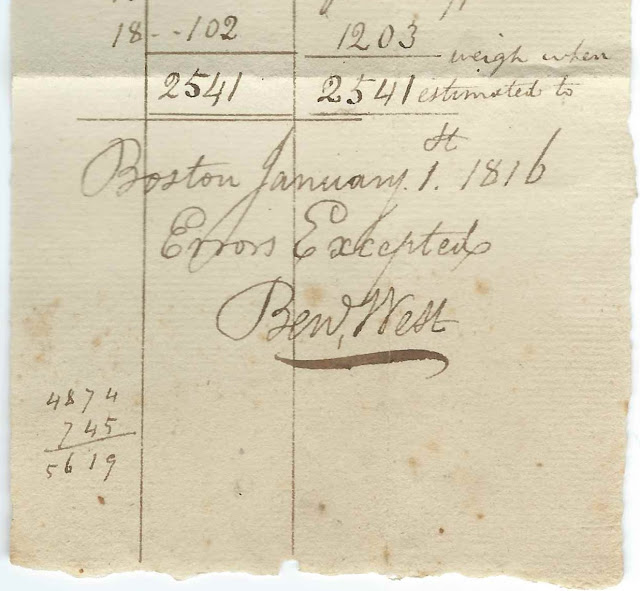 Benjamin, Charity and George are all buried in the Forest Hill Cemetery at Charlestown, New Hampshire with other members of the West family.

An archive of the papers of the West family, mostly concerning Benjamin West's sugarhouse at Boston, is held in the William L. Clements Library at the University of Michigan, Ann Arbor.

If you have information on the West family of New Hampshire and Massachusetts, please leave a comment or contact me directly.