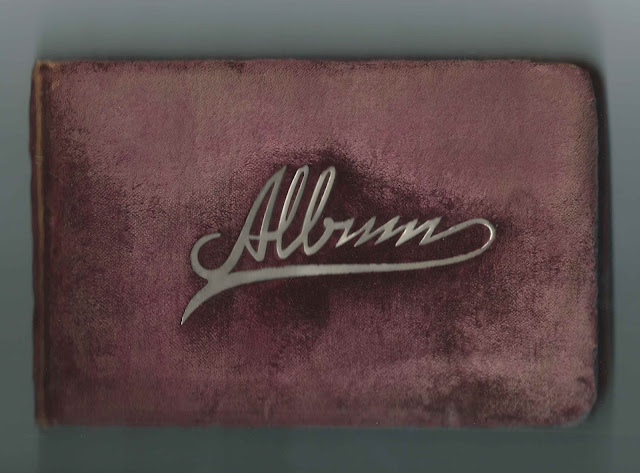 Autograph Album of Amelia Lich of Indiana, a student at E. H. S. and possibly then at Indiana State Normal School at Terre Haute, as inscribers mentioned both institutions.   Most inscriptions are directed to "Amelia"; a couple are directed to "Miss Lich".  Research shows that Amelia's name might have been Emilie Lich.

Many of the inscriptions were made by residents of Evansville, Indiana, so it's tempting to assume that E.H.S. was Evansville High School.   I didn't see Amelia's name in the Indiana State Normal School publication I checked.  She may not actually have been a student or she may have attended short of graduation. 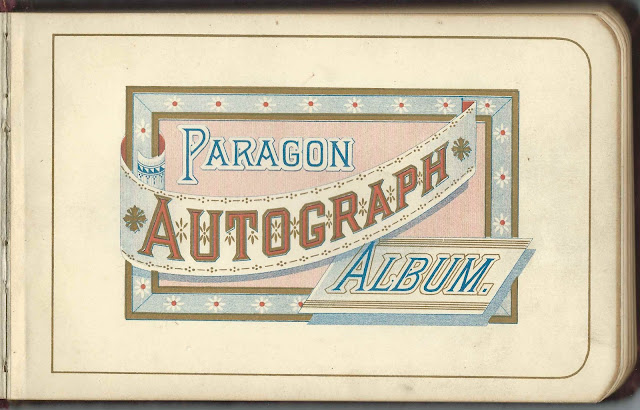 The album measures approximately 7-3/4" by 5" and contains the sentiments of 32 of Amelia friends and schoolmates from Evansville, Indiana, and Terre Haute, Indiana.  An alphabetical list of inscribers, together with any personal information they offered, appears at the end of this post.

From brief online research, hopefully correct and hopefully with the correct Amelia - corrections and additions requested:

Amelia may have been the Amelia Lich who was born about 1870 in Ohio, daughter of German immigrants Rev. Henry G. Lich and wife Sabina, and living in 1880 at New Albany, Indiana.   Sabina may have been Mary S. [Sabina?] (Hoff) Lich, as shown on daughter Anna Dorothea Lich's death record.

An 1887 City Directory of Terre Haute, Indiana, lists the family, except for Sabina, who had died in 1882, as living at 124 North 5th Street, which  might have been the parsonage of the German Methodist Episcopal Church.

Rev. Henry G. Lich, wife Sabina and several other family members are buried in the Fairview Cemetery at New Albany, Indiana.  Interestingly, one of the family members is Emilie Lich Schneider, who may have been our Amelia.  If so, Amelia  was born about 1870, according to the Census, and died on November 29, 1960, according to her stone.  Emilie's husband was George W. Schneider.

If you have corrections and/or additions to the information above, an alternate theory as to Amelia's identity, or information on any of the inscribers listed below, please leave a comment or contact me directly. 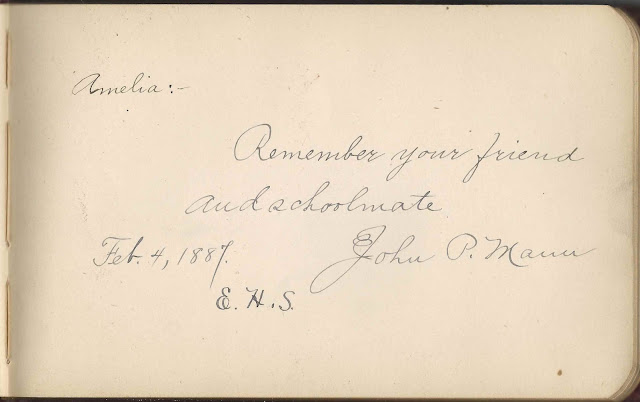 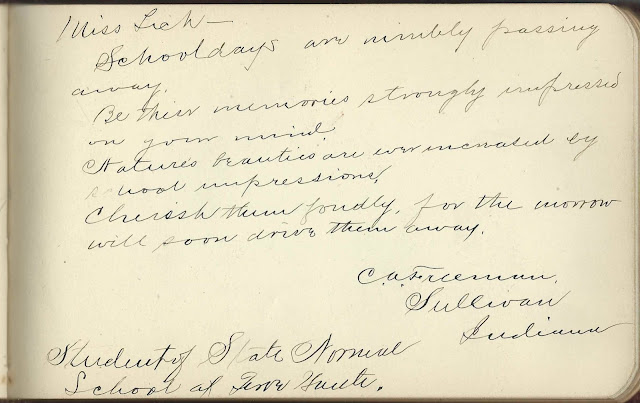