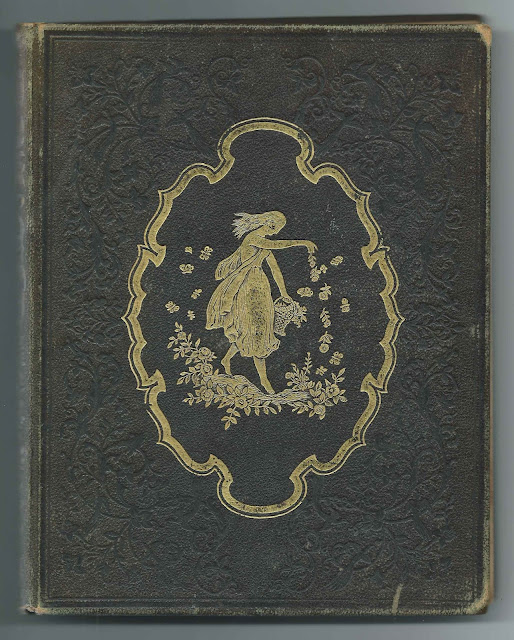 It was presumably Eliza who wrote her name on the title page. 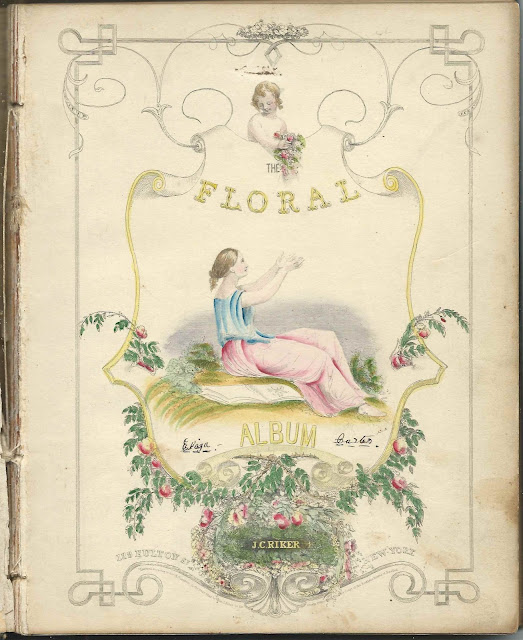 "The Floral Album", which measures approximately 7-1/2" by 6-1/4", was printed by J. C. Riker of 129 Fulton Street in New York City.  The album contains six beautiful hand-painted engravings and the sentiments of 19 of Eliza's relatives and friends.  An alphabetical list of the inscribers, together with any personal information they offered, appears at the end of this post. 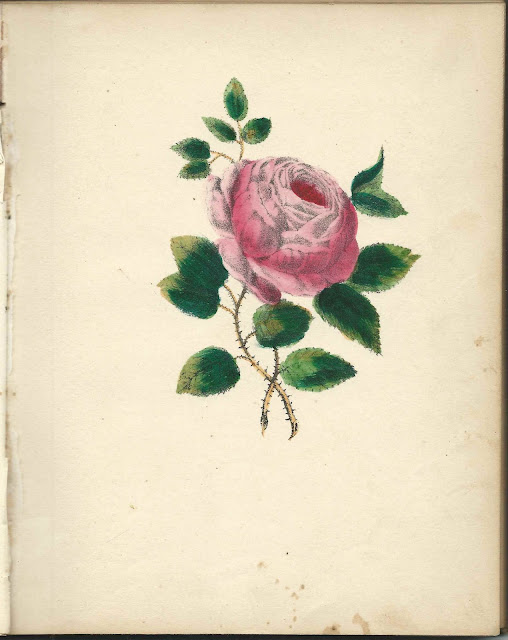 Eliza A. Carter was born about 1832 in Delaware; I don't have the names of her parents.  By 1850 she was living in the household of William Slocomb and wife Seba Hand (Buell) Slocomb.  William at some point adopted Eliza, whether before his 1840 marriage to Seba or after.  William inscribed a page in Eliza's album at Marietta, Ohio, on May 20, 1848. 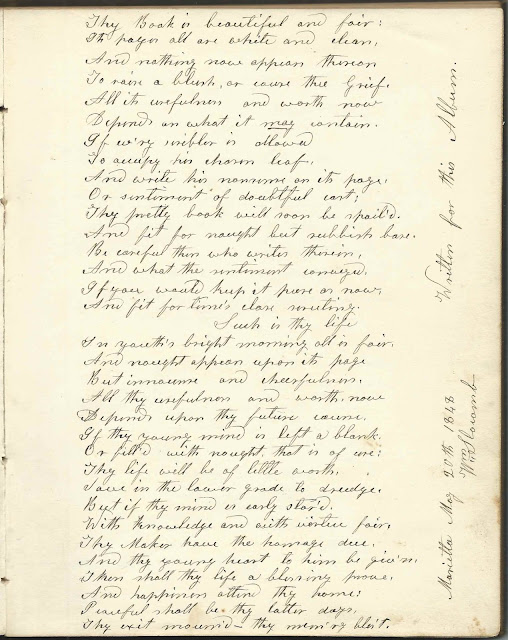 William Slocomb, possibly Samuel William Slocomb, a Massachusetts native, was a teacher in the early years of Marietta College at Marietta, Ohio.  According to information I found online from a Slocomb descendant, William attended theological seminary but was never ordained.

On May 11, 1852, Eliza A. Carter married Joseph Buell Ward, a nephew of Seba Hand (Buell) Slocomb.  Eliza and Joseph moved to Rochester, New York.  At some point, William and Seba joined them in their household.  Eliza, Joseph and daughter Mary Frances (Ward) Williams are buried in the Mount Hope Cemetery at Rochester, New York.  There's also a Find-a-Grave memorial for Seba Hand (Buell) Slocomb, but I didn't see one for her husband William Slocomb.

If you have corrections and/or additions to the information above, or information on any of the inscribers listed after the sample pages below, please leave a comment for the benefit of fellow researchers.

Below:  Inscribed at Marietta, Ohio, on May 29, 1848 by I. M. Preston and Jane S. Woodruff.  Ira Mills Preston and Jane Sophia Woodruff would marry on the date of their inscription.  Ira graduated from Marietta College in 1845 and Lane Seminary in 1848 and then served as a missionary in West Africa from 1848-1867.  The Gaboon Mission West Africa is mentioned under the place and date. 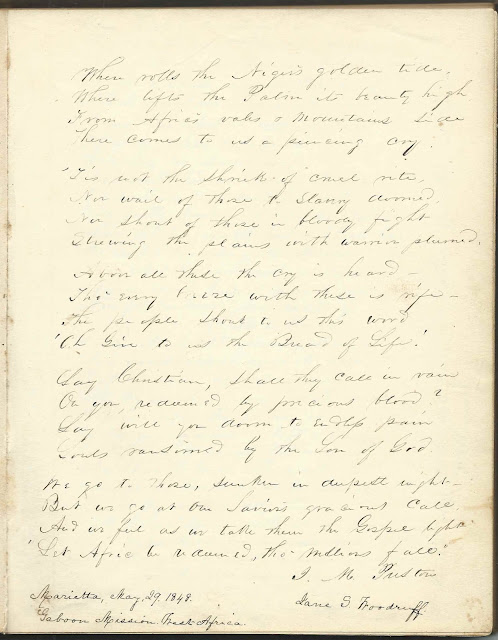 I'm not sure of the initial for the given name of the inscriber shown below and ask for readers' interpretations.  If W. H. J., he might have been William H. Jett, who was about Eliza's age. 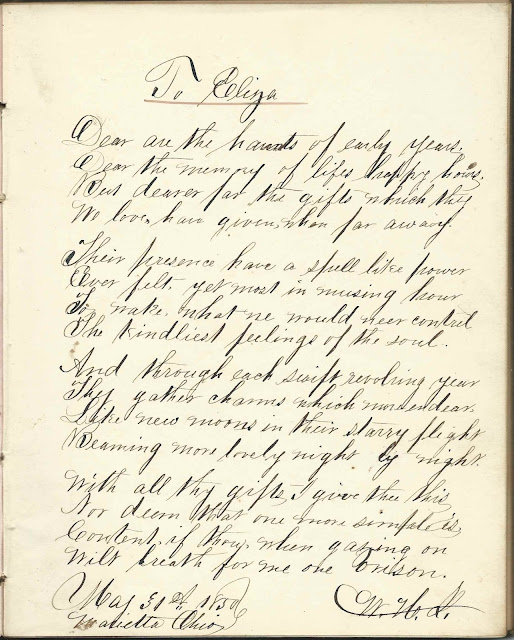 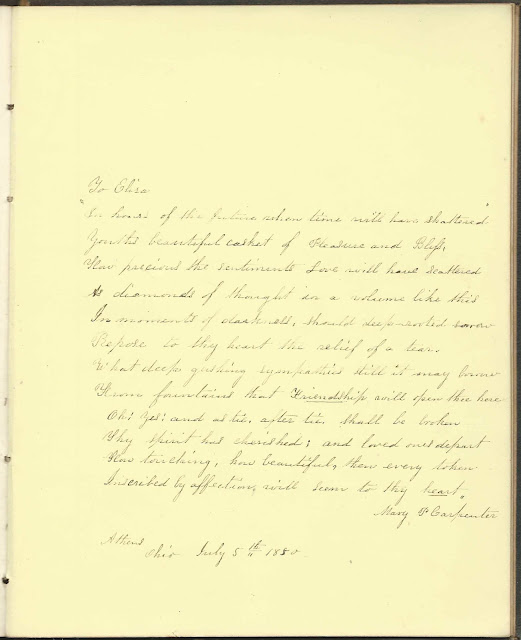