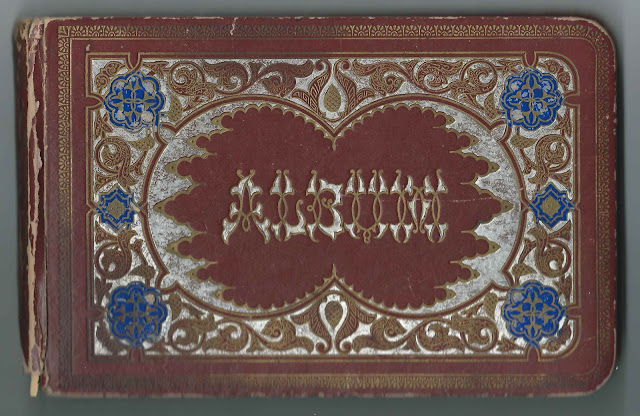 1881-1892 autograph album of Anna Moore of La Porte City, Iowa, with inscriptions from Iowa and Michigan. 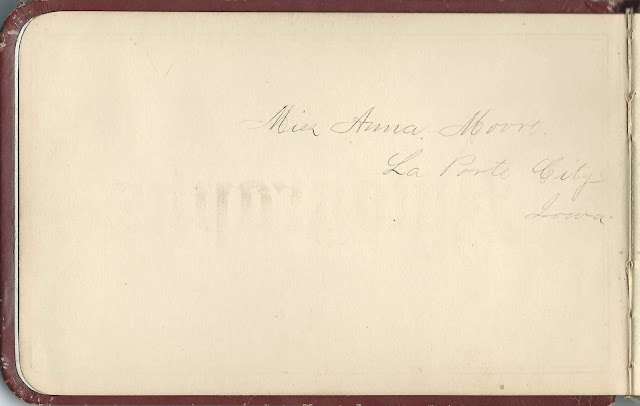 The album measures approximately 7-3/4" by 5" and contains the sentiments of 15 of Anna's relatives and friends.  An alphabetical list of the inscribers, together with any personal information they offered, appears at the end of this post. 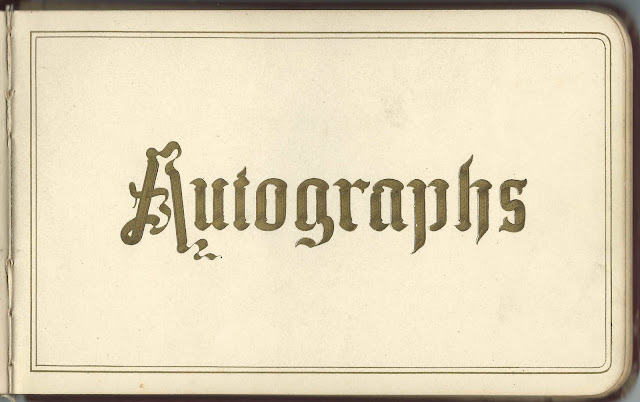 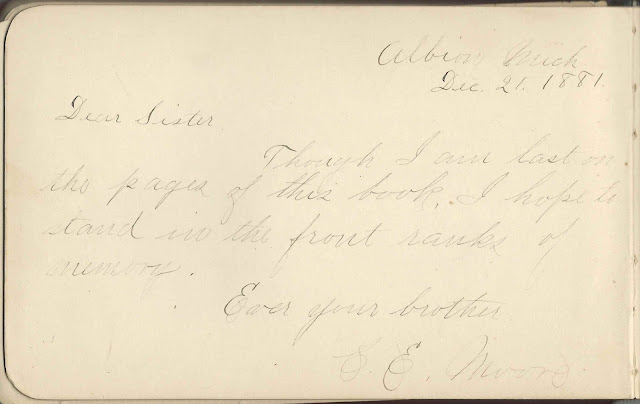 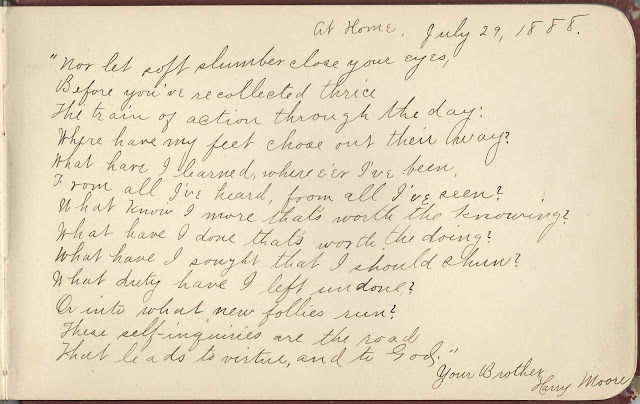 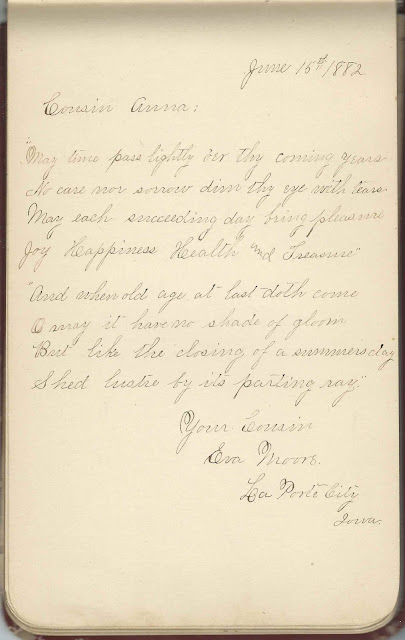 The album didn't contain preprinted designs, so it's very possible that the sketch below was done by inscriber Eva Bigsby of Waterloo, Iowa.  It's wonderful! 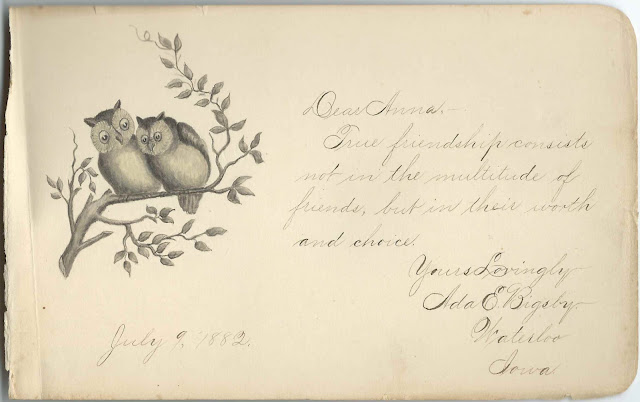