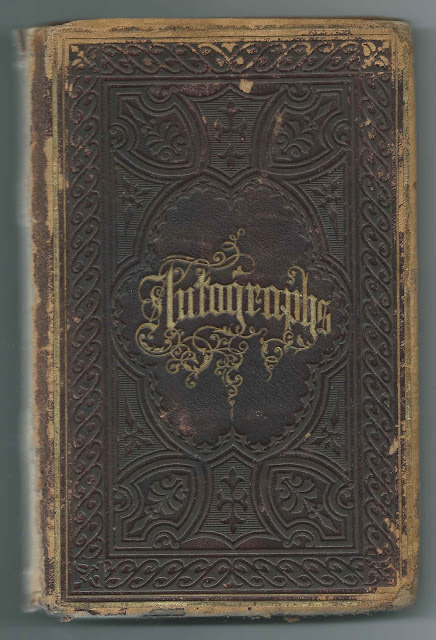 1869-1880 autograph album that belonged to a Mattie, possibly Mattie Sims, presumably from the Buffalo, New York area, where many of her inscribers lived.

The inside front cover bears a name in very tiny handwriting that appears to be Mattie ?, perhaps Sims, and there did happen to be a Mattie Sims, born about 1850, the daughter of Elisha Sims, living at Buffalo, New York during the album's era.  I found an 1853 marriage of Elisha to Louisa Poland, so perhaps Elisha had a previous marriage.

Any comments as to the surname would be most appreciated!

The album measures approximately 8" by 5" and contains the sentiments of 19 of Mattie's friends, most of whom who listed a residence gave Buffalo, New York, or Black Rock, New York.