1878-1900 Autograph Album of Mary Frances Warner, before and after Marriage to Solomon Erb 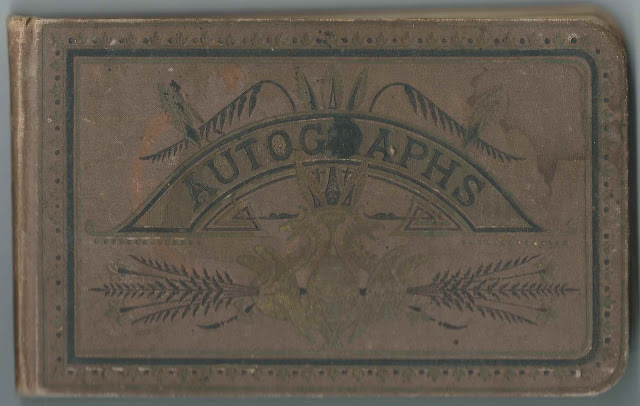 1878-1900 autograph album that belonged to Mary Frances Warner, "Frankie", before and after her marriage to Solomon Erb. 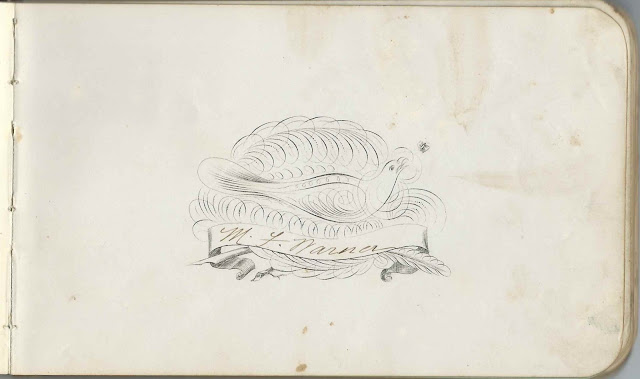 This Aldine album, which measures approximately 7" by 4-1/4", was printed by L. A. Lyman in 1878.  It contains several pages with pre-printed designs and the sentiments of nearly thirty of Frankie's friends and relatives, including three of her children. 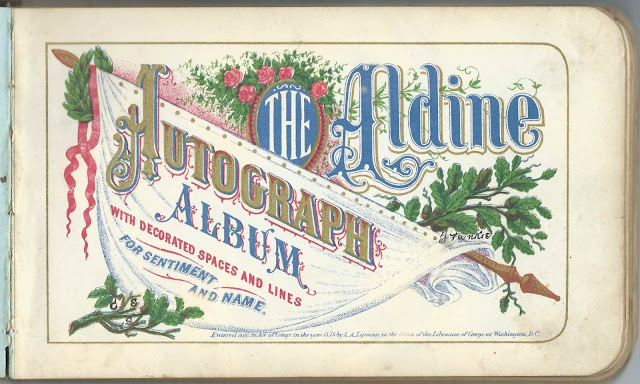 Read about Solomon's Lancaster, Pennsylvania Mennonite ancestor Abraham Erb and other family members, who formed the German Company and purchased 60,000 acres in 1803 in what would become known as Waterloo County, Ontario.

As mentioned above, three of Frankie's daughters inscribed pages in her album.  They were: 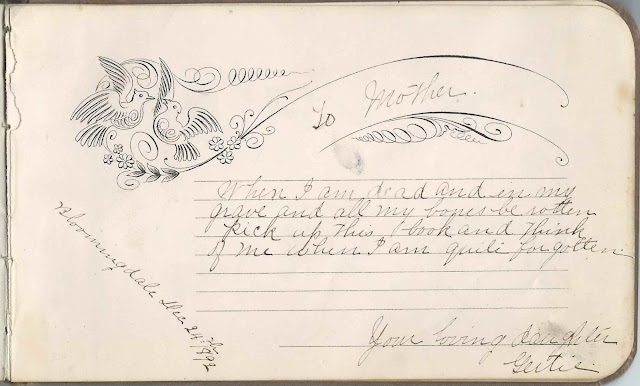 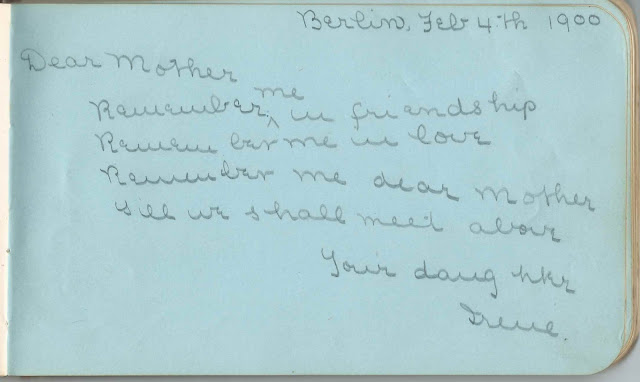 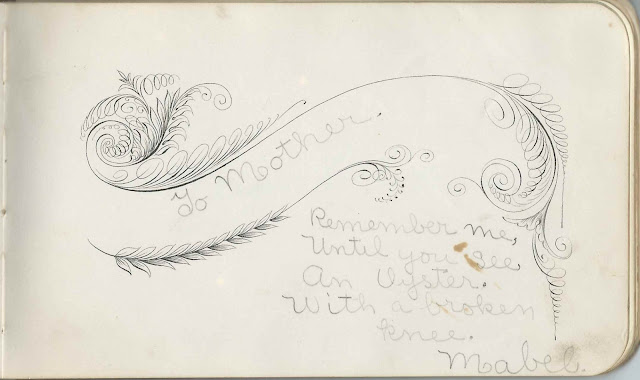 Solomon died in 1899 and Frankie about four years later.  If you have corrections and/or additions to the information above, or information on any of the inscribers listed below, please leave a comment or contact me directly.

The page below was inscribed on August 4, 1879 by someone whose name I can't decipher.  I'm assuming the inscriber was male from the use of "Votre Ami".  If the name jumps out at you, please leave a comment.  One researcher noted that the name appears to have been written in German script as Karl E. Stevens.  If so, he may have been the Charles E. Stevens, who inscribed another page, in similar handwriting, with his wife; Mrs. Middaugh; and M. F. Warner, who I believe was the album owner Mary Frances Warner, inscribed before her marriage to Solomon Erb. 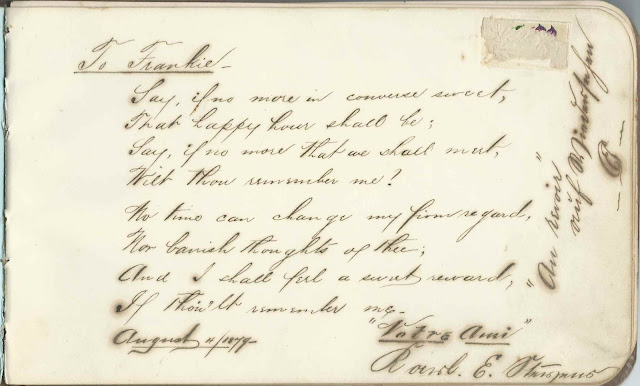 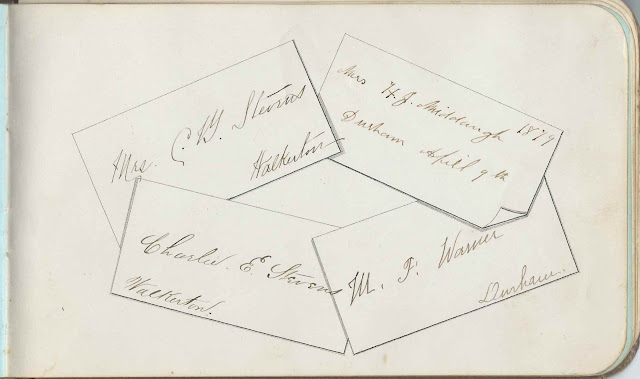