1854-1907 Autograph Album of Harriet Angeline Steele of Elizabethtown, Illinois; Before and After 1856 Marriage to Lafayette F. Twitchell 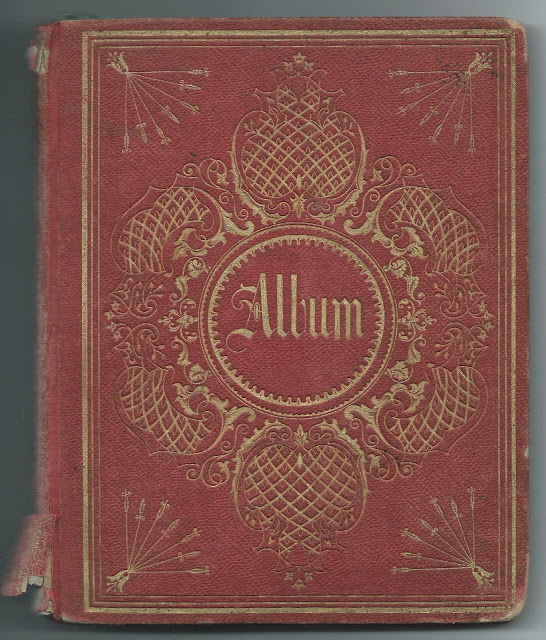 Autograph album that was presented by Renrut - presumably Turner - in 1854 to Miss Harriet Angeline Steele of Elizabethtown, Illinois.  She went by Angeline or "Ange". 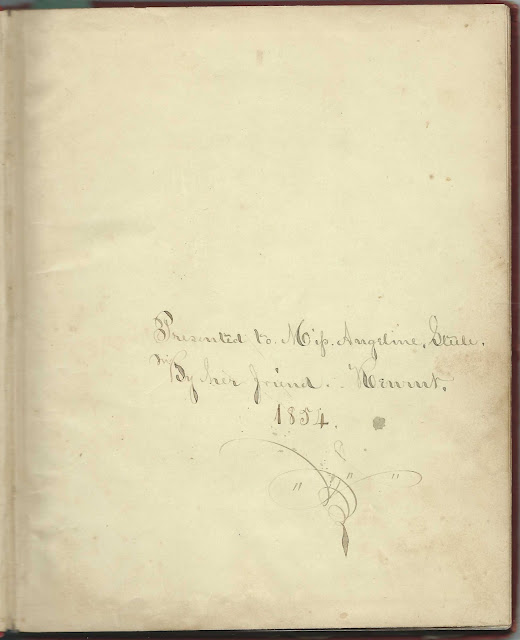 Most of the inscriptions are from the 1850s, with a few from the 1870s and several from the very early 1900s, including one by Ange's granddaughter Edna A. Twitchell, who inscribed her page at Elizabethtown, Illinois, on January 2, 1907.  Edna was born December 25, 1883 in Colorado, daughter of attorney Lafayette Twitchell and Mary (Ledbetter) Twitchell. 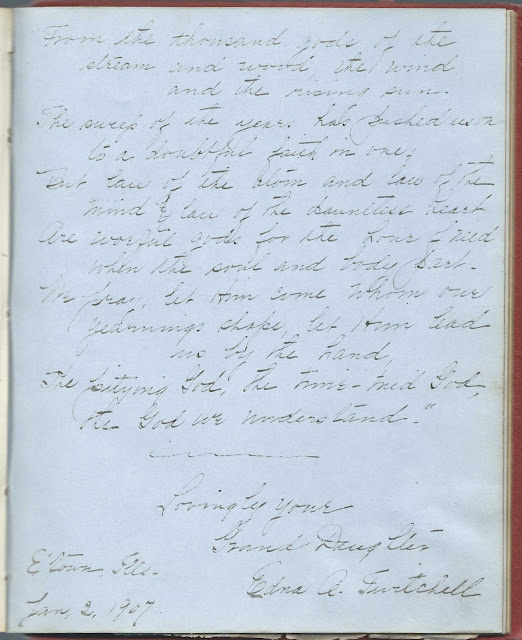 The album, printed by Moss and Brother of Philadelphia, measures approximately 8" by 6-1/4" and contains 6 engravings and the sentiments of over twenty of Ange's relatives and friends, some of whom inscribed in more than one place.  An alphabetical surname list and an alphabetical list of the inscribers, together with any personal information they offered, appear at the end of this post. 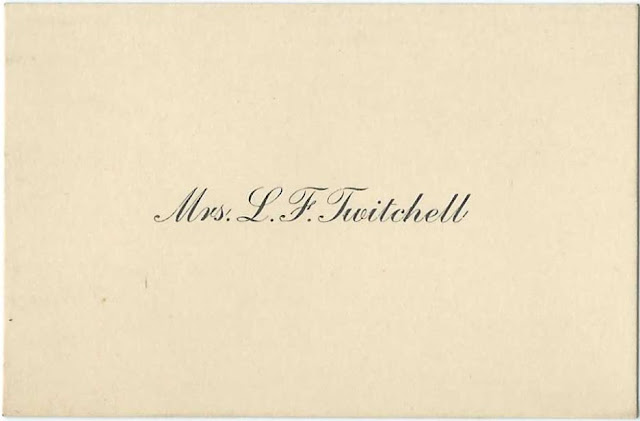 According to her Find-a-Grave memorial, which does not include a photograph of the stone with dates, and a newspaper clipping about her 50th anniversary, Harriet Angeline Steele was born June 1, 1836 in Hardin County, Illinois, and died on November 6, 1915 at Belleville, Illinois.  Some unsourced references have her parents as James and Elizabeth Steele.  Perhaps a reader will provide a link to birth and death records.

About 1856, Angeline married Lafayette F. Twitchell, son of Moses Warren Twitchell and Lydia (Harris) Twitchell, who was born New Hampshire and Maine respectively.  Lafayette was born in Elizabethtown, Illinois, in 1829 and died in 1908.  The Find-a-Grave memorials for Angeline and Lafayette indicate that they had five children, four sons who survived to adulthood and a daughter who died young.  Three of their sons were doctors, the other a lawyer, Lafayette F. Twitchell of Denver, Colorado, who was the father of Edna A. Twitchell, who inscribed the page shown farther above.