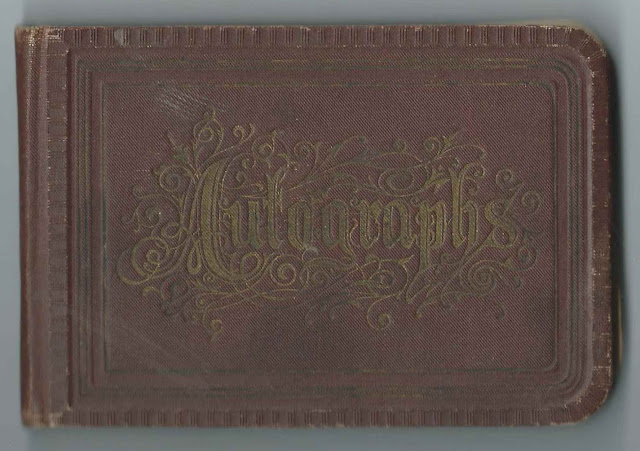 1878-1880s album of Edward Haas of the Buffalo, New York, area.  Edward wrote his name on the reverse of the first end paper. 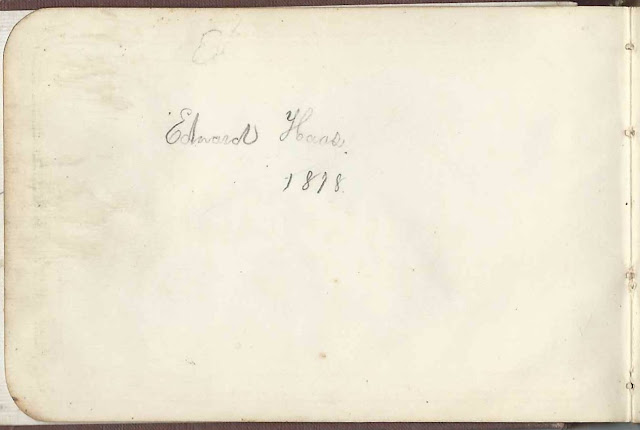 The album measures approximately 4-1/4" by 3" and contains the sentiments of 14 of Edward's relatives, friends and schoolmates.  An alphabetical list of the inscribers, together with any personal information they offered, appears at the end of this post. 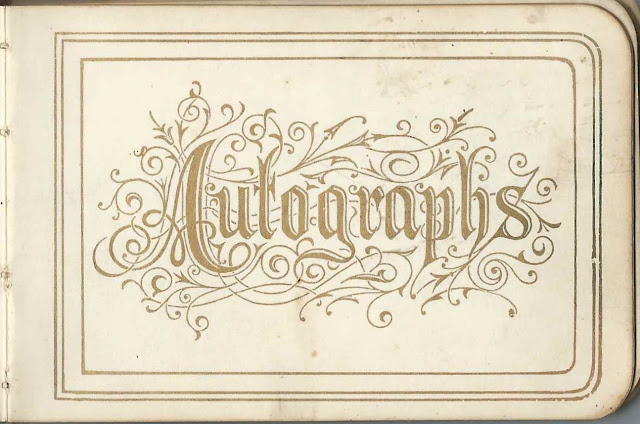 The first inscription was made by Martin Sattler in German, inscribed at Buffalo, New York, on July 24, 1878. 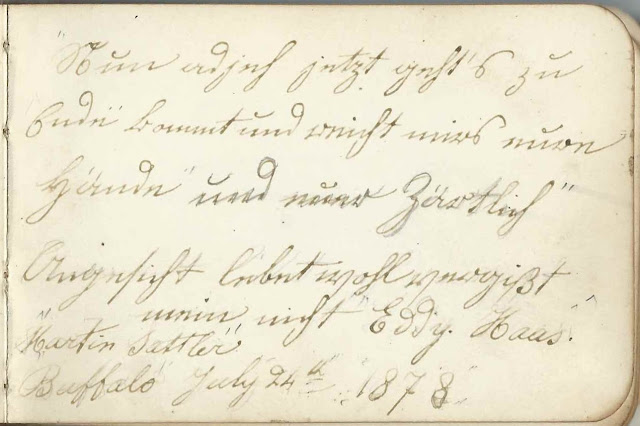 Two of the inscribers indicated they were Edward's sisters.   Minnie inscribed her page in January 1880.  Maria inscribed a page on July 24, 1878. 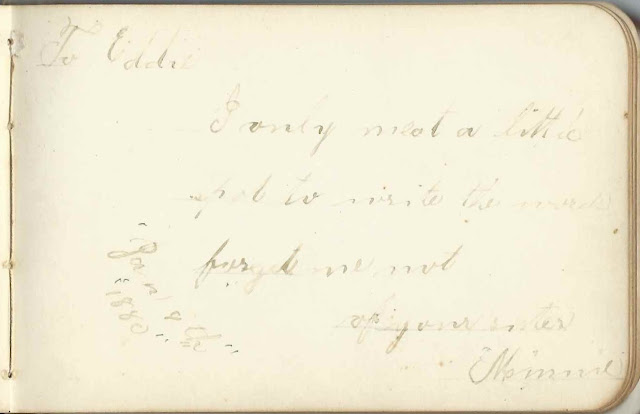 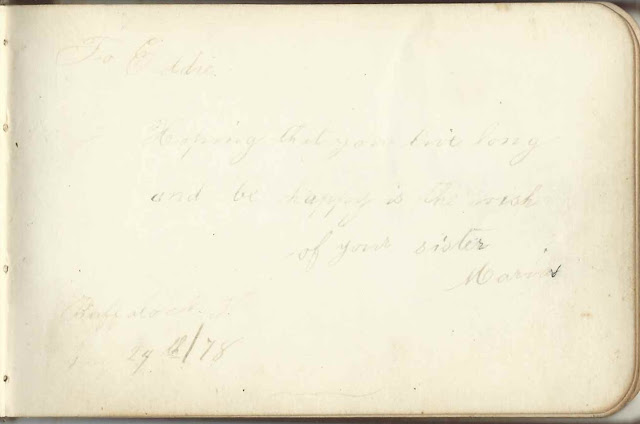 From brief online research, I found at least two young men named Edward Haas at Buffalo, New York, in that time frame, one born in New York and one in Germany.

Among the siblings of Edward J. Haas, born in New York in 1868, were Marie and Wilhelmina, perhaps inscribers Maria and "Minnie".  Their parents were David and Maria Barbara Haas.

Edward J. Haas married Rose Margaret Pond in 1893 and had several children with her, but it appears that most of them died young.  Edward himself died relatively young, in 1912, and is buried in the Saint John Cemetery at Cheektowaga, New York.

Hopefully a reader will weigh in with more information.

Posted by Pam Beveridge at 2:14 PM