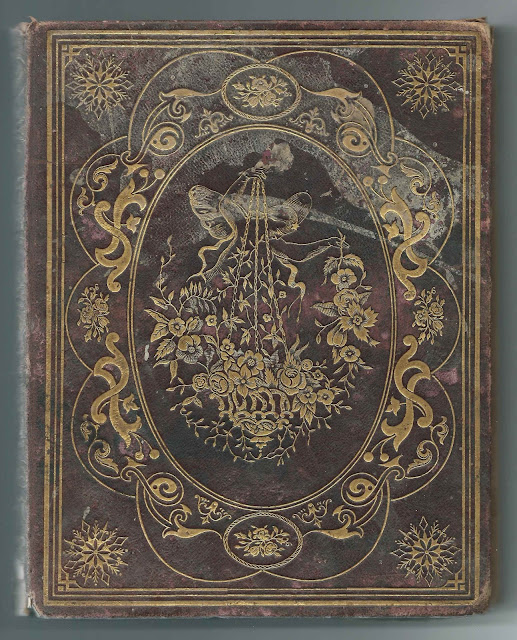 1857 to 1863 autograph album kept by Mary F. Lawrence, "Fannie", who appears to have been a student at a school for young women, presumably at York, South Carolina.

The album was presented to Fannie M. Lawrence, or Mary Frances Lawrence, by her father, whose name was not given.  He may have been Allen G. Lawrence of York, South Carolina. 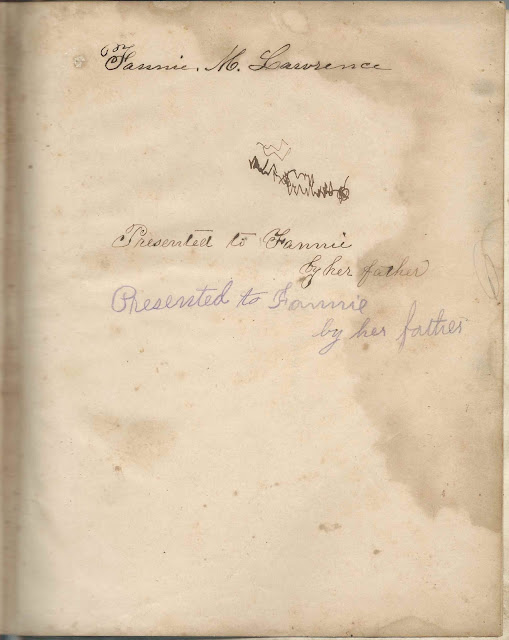 The album, which was published by J. B. Lippincott & Co. of Philadelphia, measures approximately 8" by 6-1/4" and contains four pages with color designs interspersed throughout and the sentiments of 38 of Fannie's relatives, friends and fellow students from South Carolina and North Carolina.

An alphabetical surname list and an alphabetical list of the inscribers, with any personal information they offered, appear at the end of this post.  Mary F. Lawrence, "Fannie", wrote her name on the title page; or perhaps her name was written by her father. 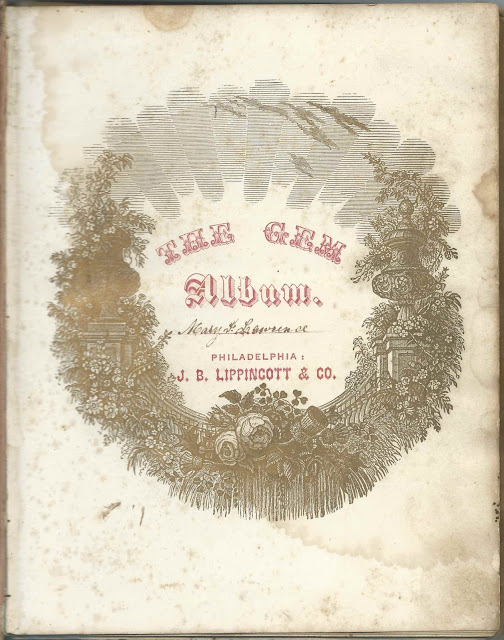 If I have the correct "Fannie", Mary F. Lawrence, presumably Mary Frances Lawrence or Mary Fannie Lawrence, or, as on the presentation page, Fannie M. Lawrence, was born about 1840, the daughter of Allen G. Lawrence and Martha (Peters) Lawrence.  Allen G. Lawrence died in July 1860, during the time frame of this album.

I found a listing of interments in the Bethel Presbyterian Cemetery at York, South Carolina, that shows a Mary Frances Lawrence born 1829 and died 1855.  This, however, doesn't match the York District, South Carolina, Census records of 1850 and 1860, which give her birth year as about 1838 and 1842 respectively, and have her still very much alive in August 1860.  Perhaps the file has transcription errors.

If you have corrections and/or additions to the information above or information on any of the inscribers listed below, please leave a comment or contact me directly. 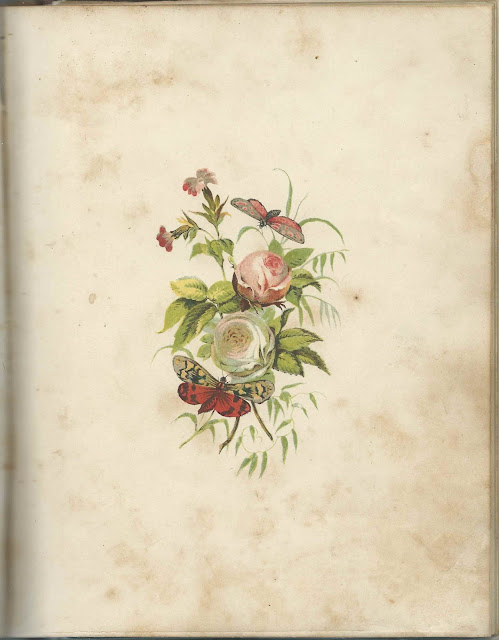 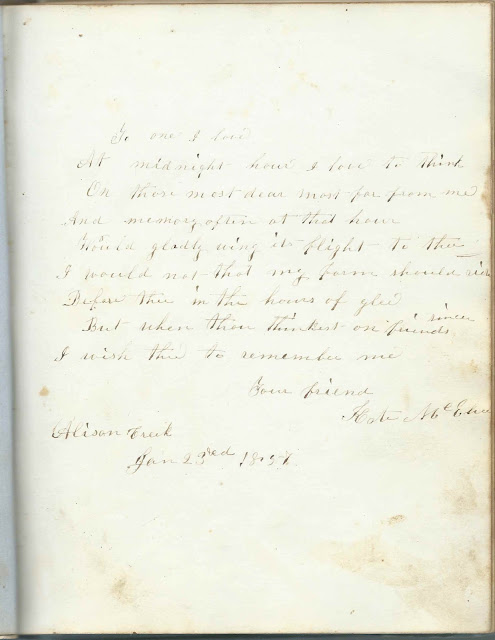 Posted by Pam Beveridge at 6:50 AM