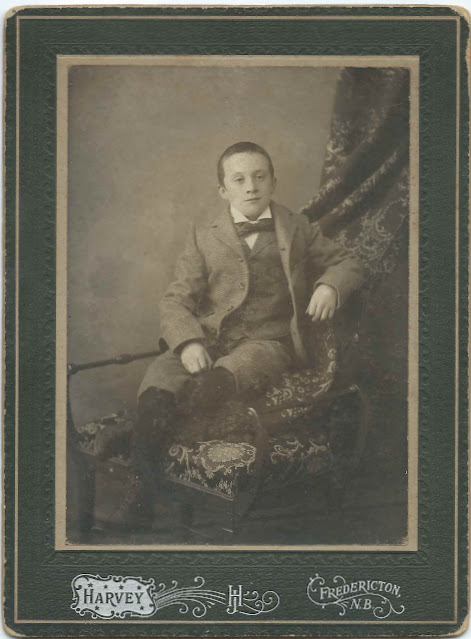 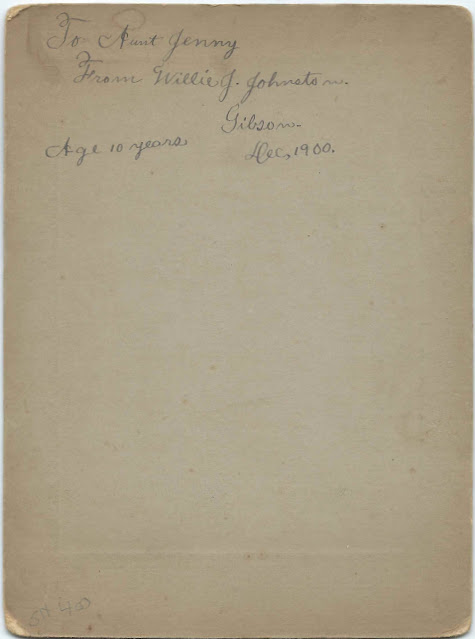 Willie is presumably the William James Johnston who was born January 1, 1891 at Gibson, New Brunswick, son of Edward Johnston and Elizabeth (Love) Johnston, according to his birth record in the collection Canada Births and Baptisms, 1661-1959.  From Census information, it appears that Edward Johnston was born in Scotland about 1861 and Elizabeth (Love) Johnston in New Brunswick about 1866.

Another record, dated September 26, 1917, in the Canada, Soldiers of the First World War 1914-1918 collection, indicates that by 1917, William was working as a civil engineer and living at South Devon, New Brunswick.  South Devon and Gibson were, if not the same place, at least adjacent to one another.

About 1929, William James Johnston married Luella Audrey Cheyne; they had, I believe, three children.  Luella died in 1964 and William in 1976; by the time of their deaths, they were living in Ontario.

If you have corrections and/or additions to the information above, or if you feel that Willie was another person, please leave a comment or contact me directly.

Gibson, named for founder Alexander Gibson, and South Devon are located on the north side of the St. John River, at the mouth of the Nashwaak River at Fredericton, New Brunswick.

Posted by Pam Beveridge at 2:32 PM