1890-1907 Autograph Album of Addie May Peaslee of Jefferson, Maine 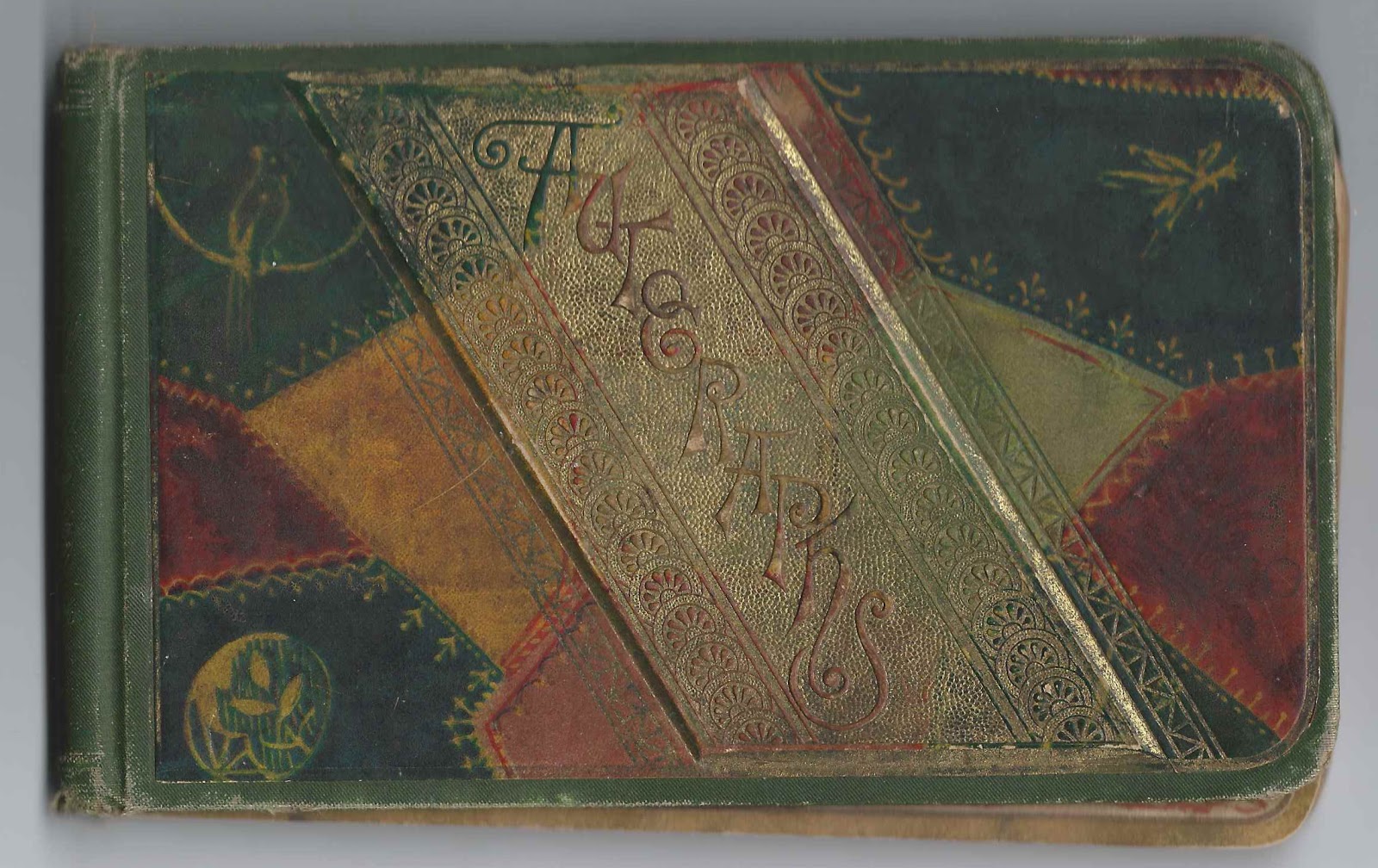 Autograph album that was presented to Addie May Peaslee by her teacher Roswell G. Hilton at South Jefferson, Maine, on January 18, 1890. 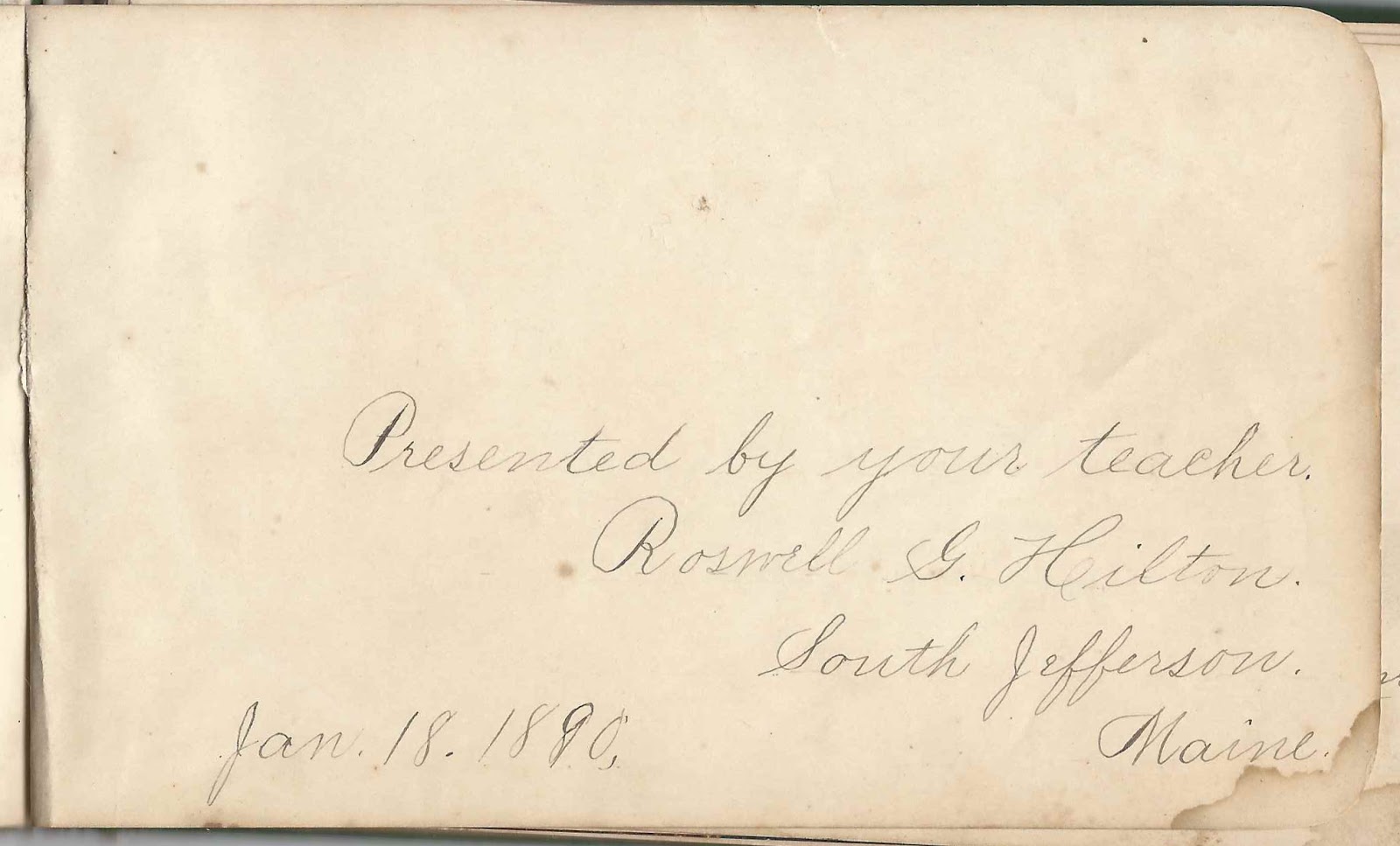 The album is approximately 7" x 4-1/4" and contains the sentiments of 40 of Addie's relatives and friends, as well as several interspersed pages of crazy quilt design like the one that appears on the cover at top.  An alphabetical surname list and an alphabetical list of signers, together with any personal information they offered, appear at the end of this post. 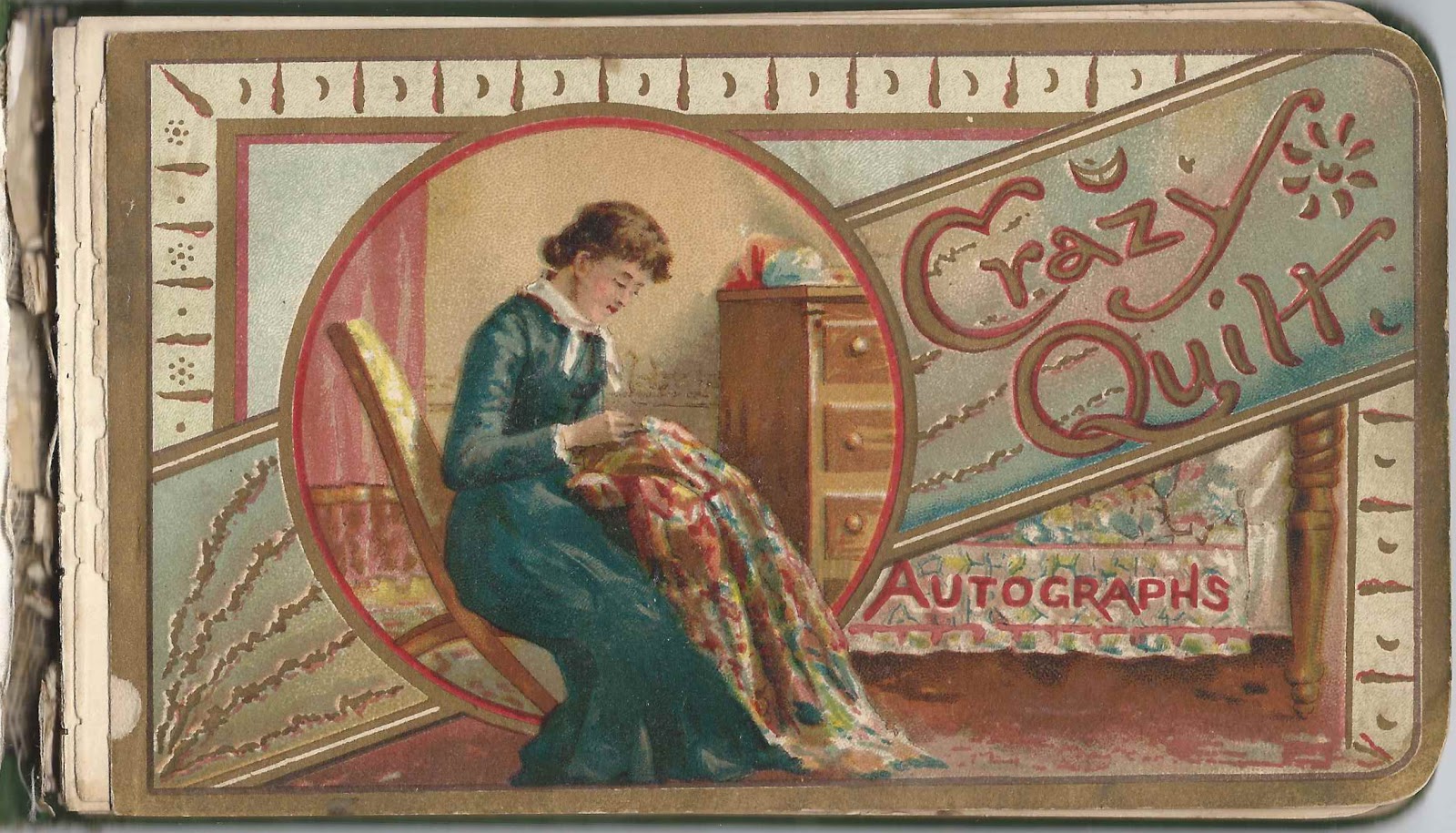 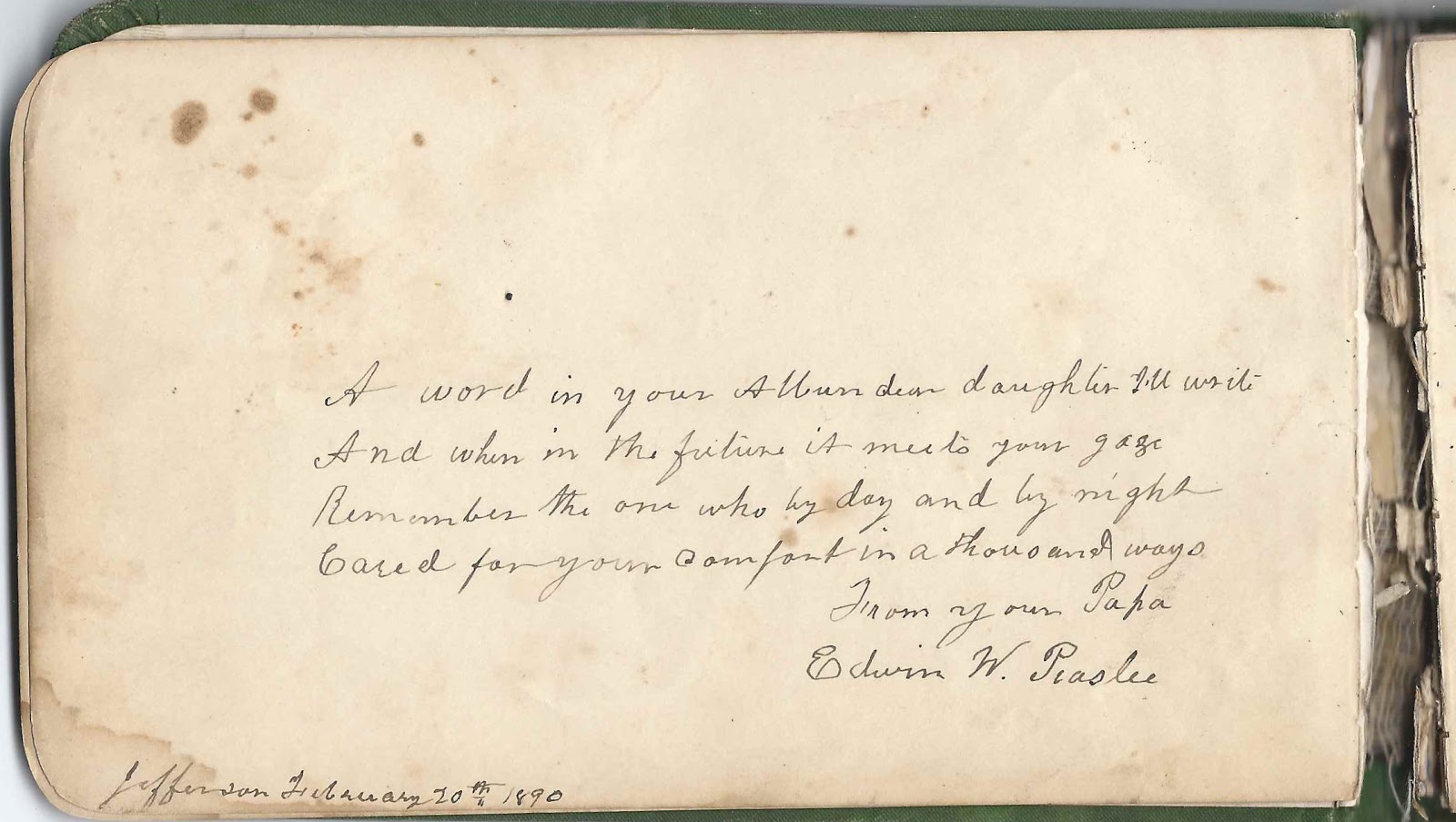 Several members of the Tibbetts family signed pages in the album, including Addie's maternal great uncle, Lewis Tibbetts of Augusta, Maine, who signed a page at Jefferson, Maine, on July 10, 1890, and indicated that he was "71 years old the 20th of April Last". 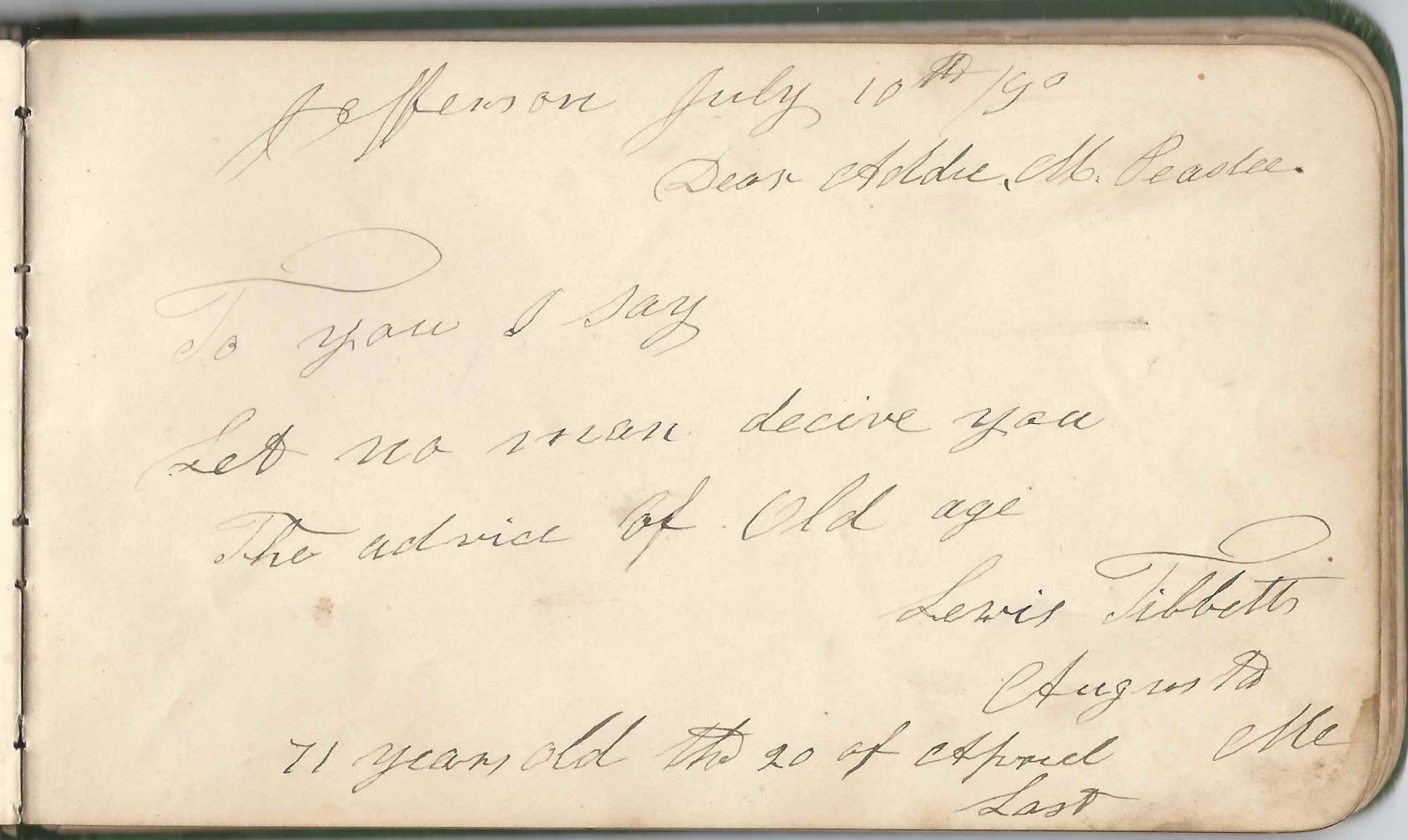 During the period in which Addie collected sentiments for her album, she married to Everett David Jackson on June 17, 1893.  Everett was born at Nobleboro, Maine, on May 25, 1870, son of Eugene R. and Laura Jane (Eugley) Jackson.  Some of Everett's relatives, including his paternal grandmother Rosilla (Kennedy) Jackson, after whom he named one of his daughters, signed pages in the album.  Rosilla's page: 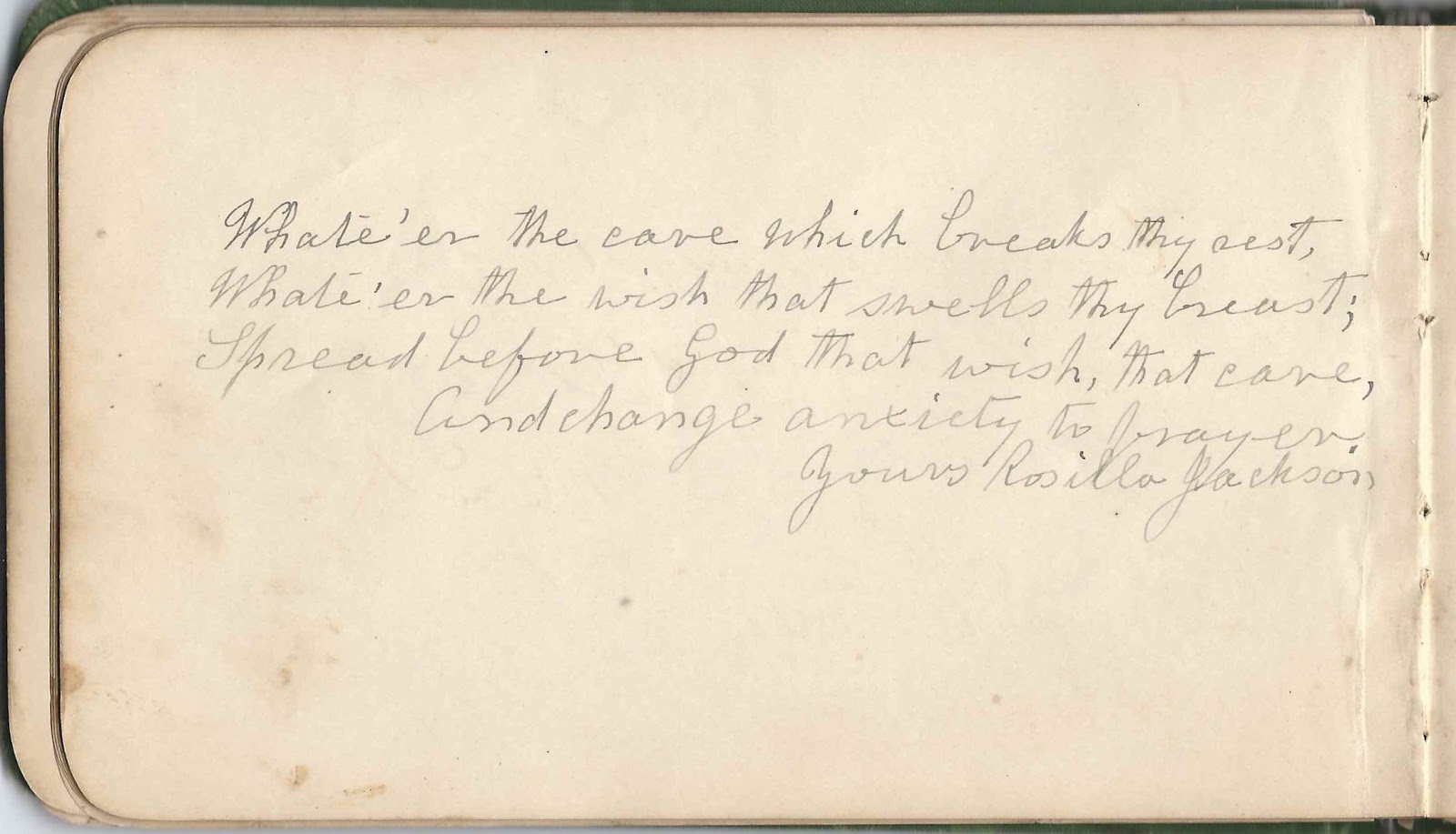 Addie and Everett lived at Jefferson, Maine, and had, I believe, ten children.  After Addie's death in 1928, Everett and two of his sons moved to the home of daughter Bertha E. (Jackson) Lincoln at Flagstaff Plantation, Maine, where they were enumerated in the 1930 Census.  Everett died that fall.