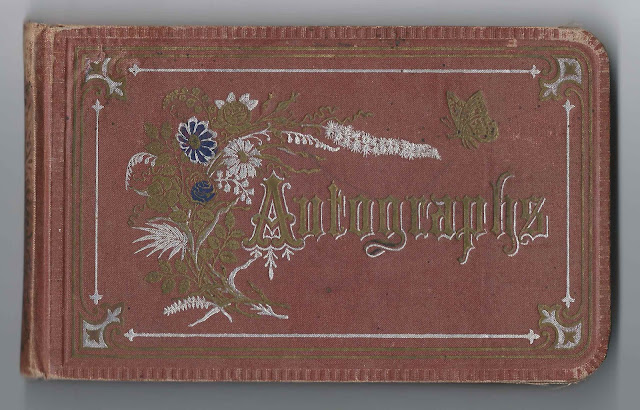 April 11, 2015: two photographs have been added, thanks to a relative.  Information on them is in bold type.

1882 autograph album that Louisa Emma Sherrer kept in the months before her marriage to Francis Edward Lawrey; on her marriage record she gave her name as Emma Louisa Scherrer. 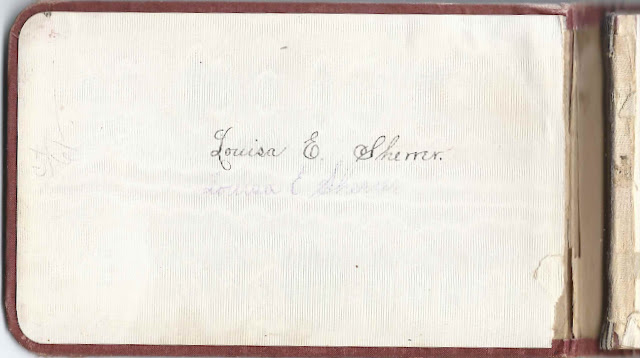 Edit of April 11, 2015: Photograph of Louisa included on her marriage certificate shown farther below, provided by a relative.

The album is approximately 7" x 4-1/4" and contains the sentiments of 21 of Louisa's relatives, friends and schoolmates, from Phoenix, Arizona, and Independence, California, reflecting, apparently, her parents' divorce.  An alphabetical surname list and an alphabetical list of the signers appear at the end of this post. 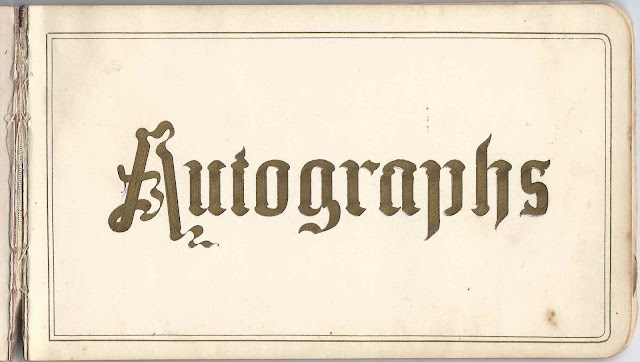 Louisa Emma Sherrer, or Emma Louisa Scherrer, was born 18 October 1865 at San Bernardino, California, the daughter of Carl Scherrer and Frances (Leach) Scherrer, "Fanny", who were born in Bavaria, Germany, and in Canada, respectively.

I found a reference online to Frances "Fanny" (Leach) Scherrer's father, Francis Sawyer Leach, who was born in Maine about 1808, moved with his family in his infancy to New York and then at some point to Canada, where he married Fanny's mother, Abigail Green, and to California.  He was a miner enumerated on the 1850 Census of Sutter, California, living at the minefields, away from his family of wife and two daughters, one of whom was newborn Fanny.  There would be three other children.  If anyone has more information about the family history of Francis Sawyer Leach, please leave a comment or contact me directly.  Thanks!

I believe Louisa had two brothers, Louis N. Sherrer and Frank Carl Sherrer.  Frank Sherrer signed a page at Independence, California, on October 15, but he didn't write a year. 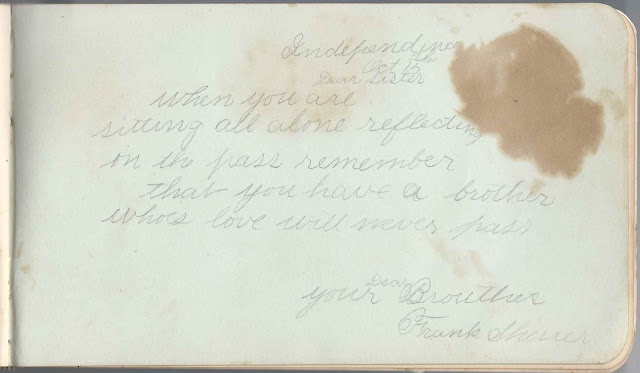 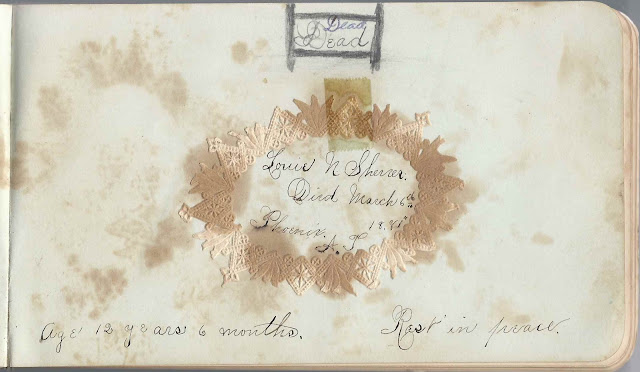 It appears that Carl and Fanny had divorced sometime between 1870 and 1878, at which time Fanny married Elijah Robinson, a farmer at Independence, California, in Inyo County.   Fanny would have at least two more children; she died in 1886.

Signers from both Independence, California, and Phoenix, Arizona, called Louisa their schoolmate.  She may have moved back and forth between her parents.  Among them:

Laura Coats signed a page at Phoenix, Arizona, on January 31, 1882, and called herself Louisa schoolmate. 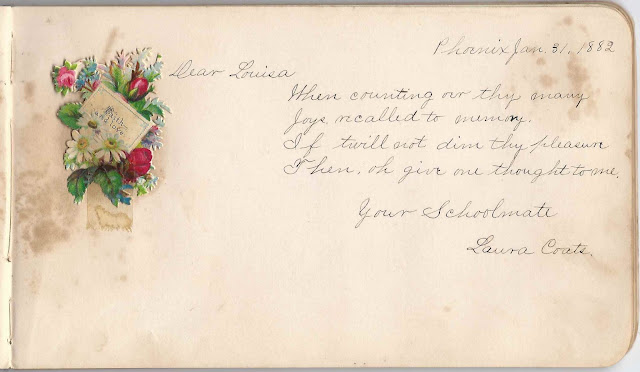 Maggie Conklin signed a page at Independence, California, and called herself Louisa's schoolmate. 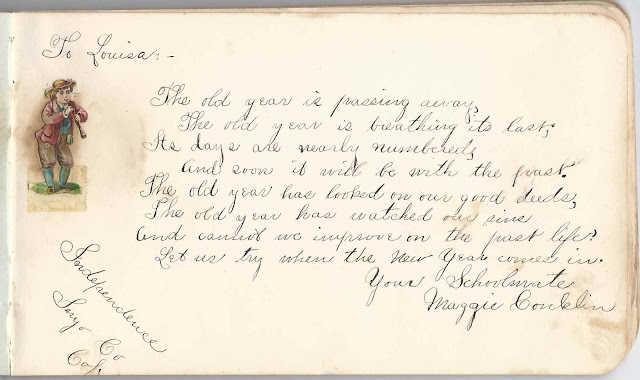 On December 25, 1882, at Phoenix, Arizona, Louisa Emma Sherrer, or Emma Louisa Scherrer, married Francis Edward Lawrey, "Frank", son of Amos G. Lawrey and Margaret Elizabeth (Dickenson) Lawrey.  A relative has uploaded an image of their wedding certificate, which has photographs of them, on a tree on Ancestry.com, as well as other photographs of the family.

Edit of April 11, 2015: A descendant has graciously given permission to add this image of the marriage certificate of Louisa and Frank; the relative's description and transcription follow. 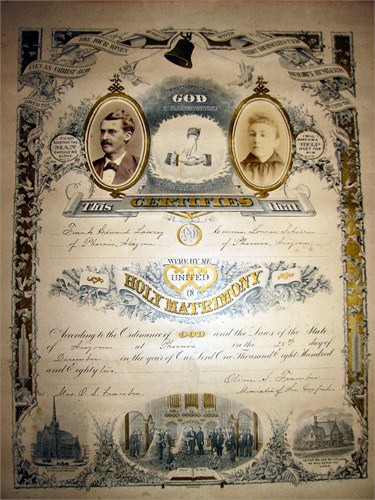 Marriage Certificate for Francis (Frank) Edward Lawrey and Emma Louisa Scherrer. Note the spellings of their names as I've had several question me on this. I will consider, based on this document, the last name of Lawrey is spell as shown upon this document for both Francis and his father Amos Giles Lawrey.

This Certifies that Frank Edward Lawrey and Emma Louisa Scherrer were united in Holy Matrimony by me according to the Ordinance of God and the Laws of the State of Arizona at Phoenix on the 25th day of December in the year of our Lord One Thousand Eight Hundred and Eighty Two. Mrs. O. S. Frambes Oliver S. Frambes Minister of the Gospel

If you have corrections and/or additions to the information above, or information on any of the signers listed below, please leave a comment or contact me directly.  Thanks.

Posted by Pam Beveridge at 5:25 PM