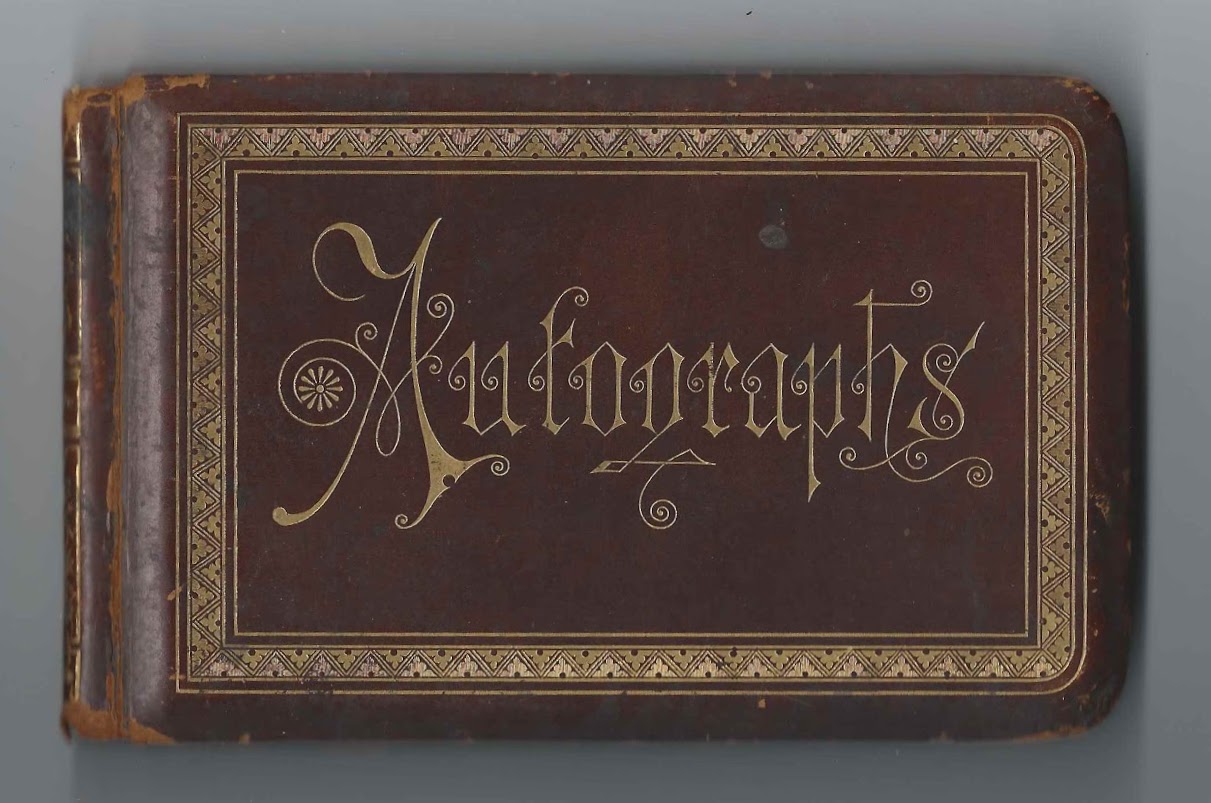 1888-1889 autograph album that belonged to Flora Recie Bliss of Washington, D.C.  The album was given to her on her 14th birthday on July 28, 1888 by her Uncle Ernest.  Hopefully a reader can further identify Uncle Ernest. 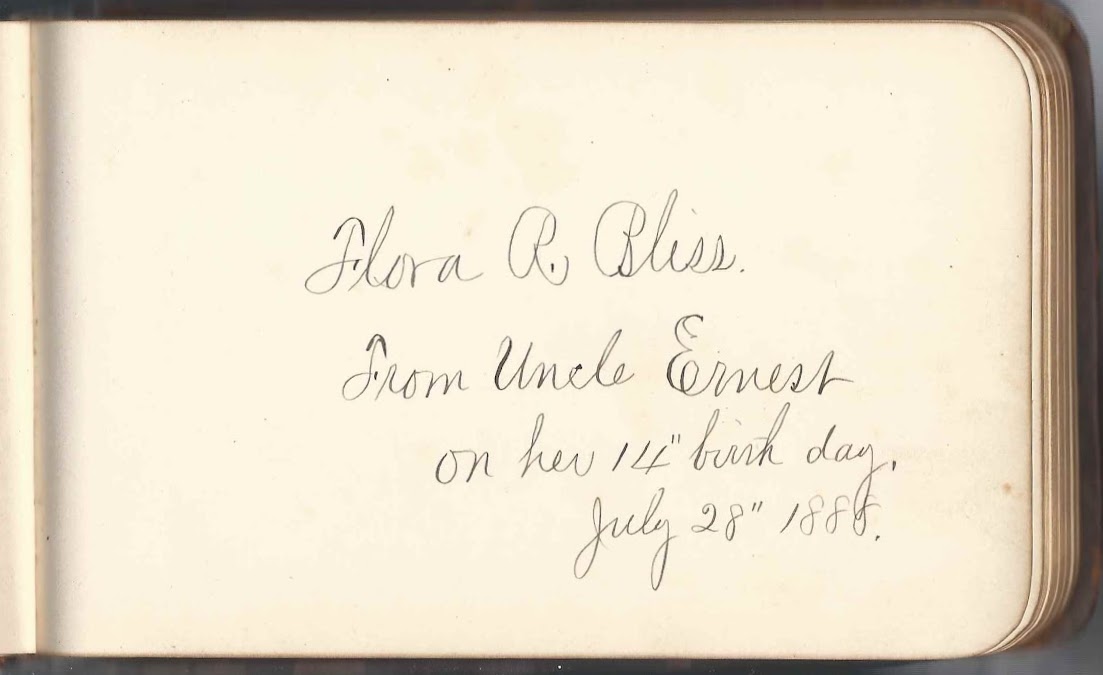 The album is approximately 6-1/4" x 3-3/4" and contains the sentiments of 11 of Flora's relatives and friends.  An alphabetical surname list and an alphabetical list of senders, together with any personal information, appear at the end of this post.