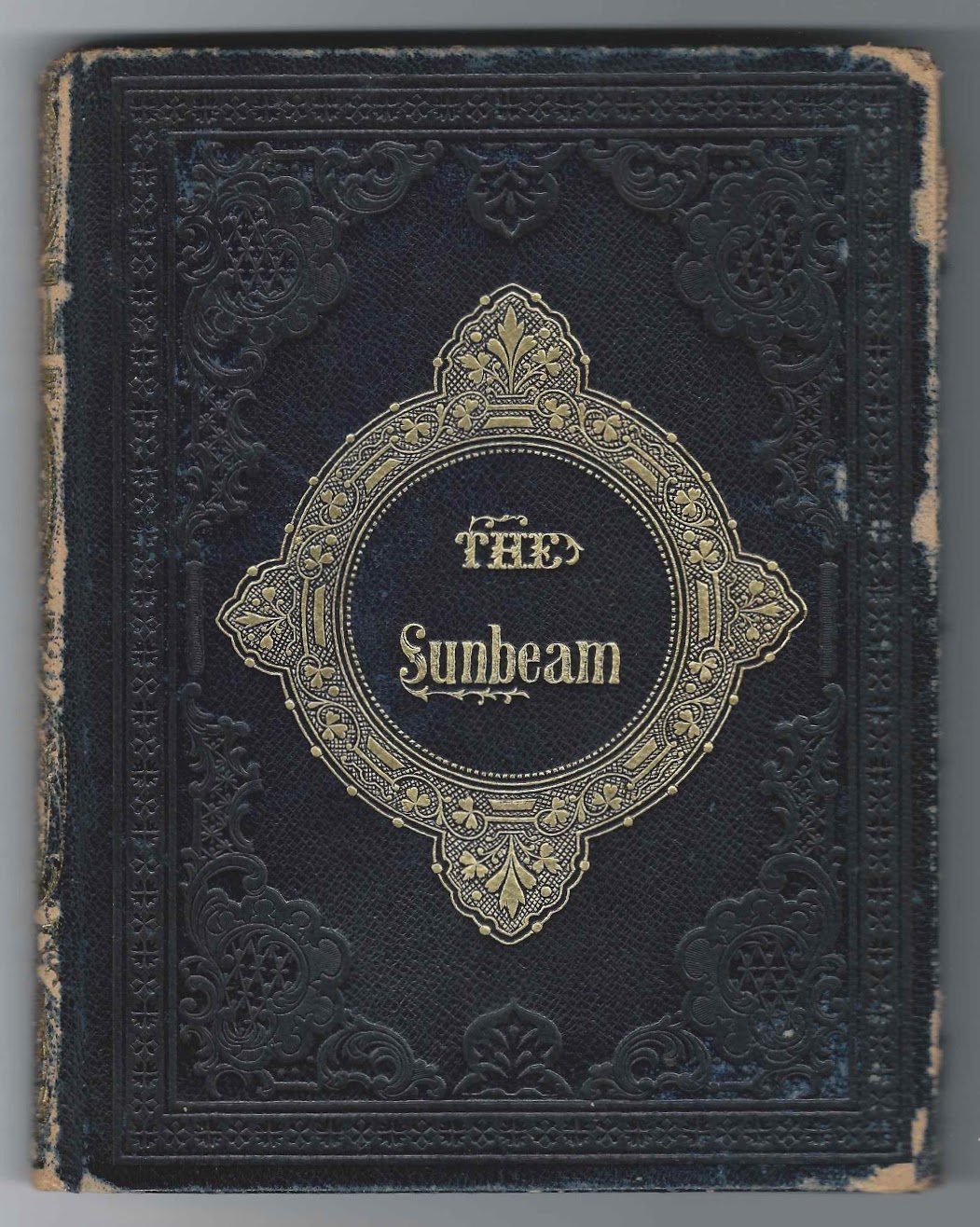 1862-1864 autograph album of Caroline Avery Johnson, "Carrie", from before and after her marriage to Morris Jenness Lamprey. 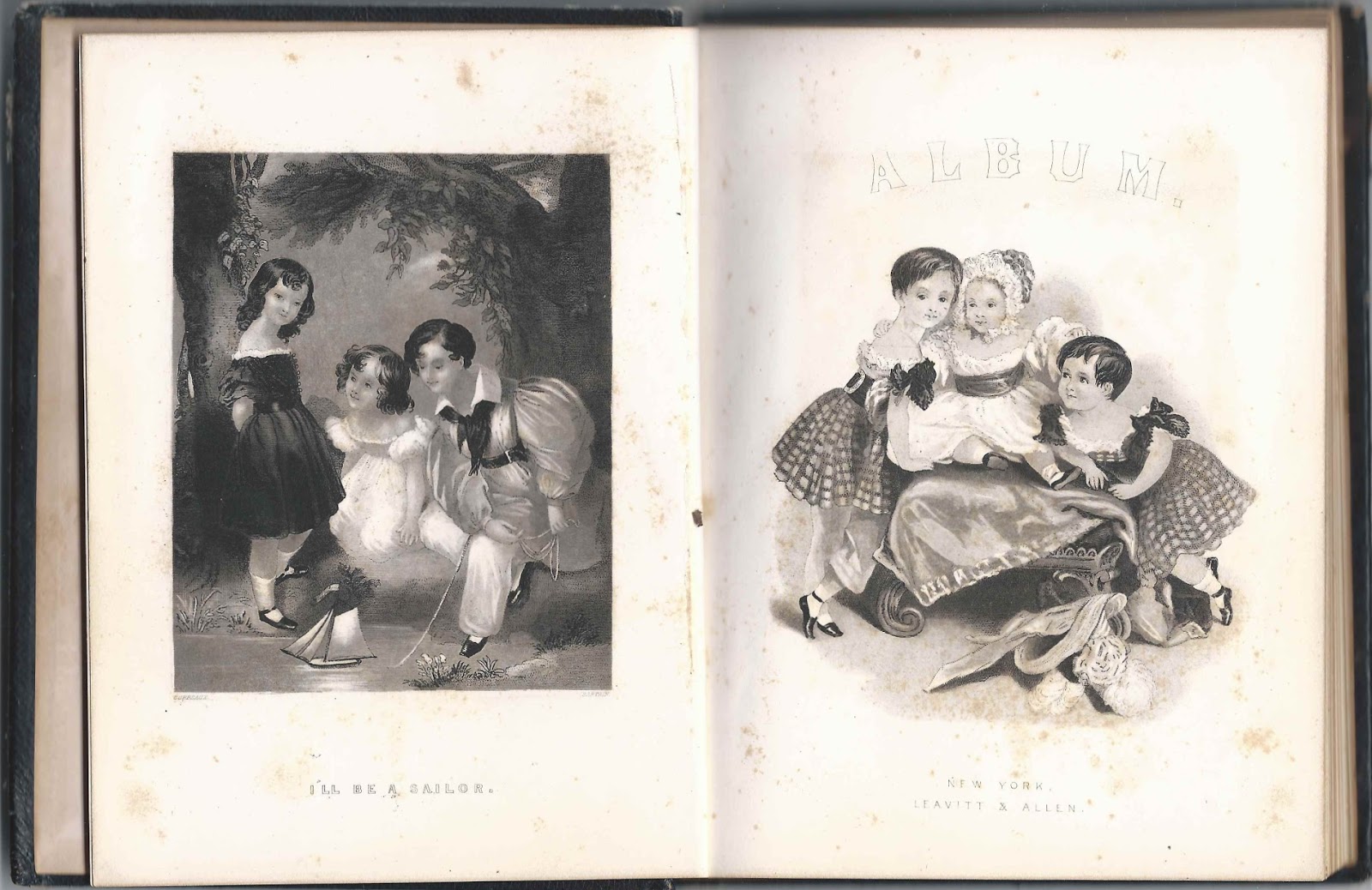 The "Sunbeam Album" was printed in New York by Leavitt & Allen and contains several engravings throughout, as well as an image of a flower that appears to have components that were pasted on the page, either by the printer or perhaps later by Carrie.  Carrie also pasted flowers and what appear to be herbs or seaweed in the album. 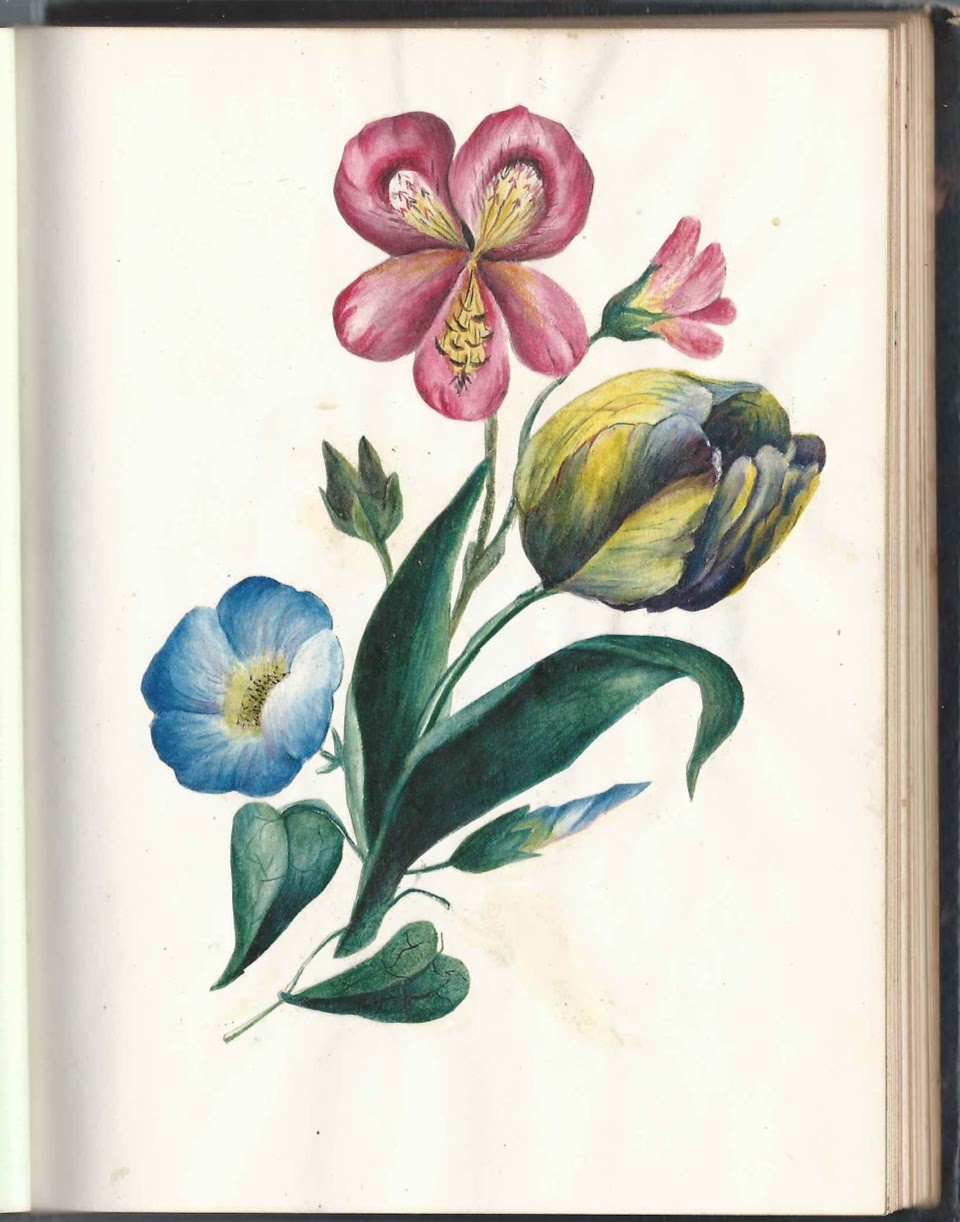 The album measures approximately 7" x 5-1/2" and contains the sentiments of 13 of Carrie's relatives and friends.  An alphabetical surname list and alphabetical list of signers, together with any personal information they offered, appear at the end of this post. 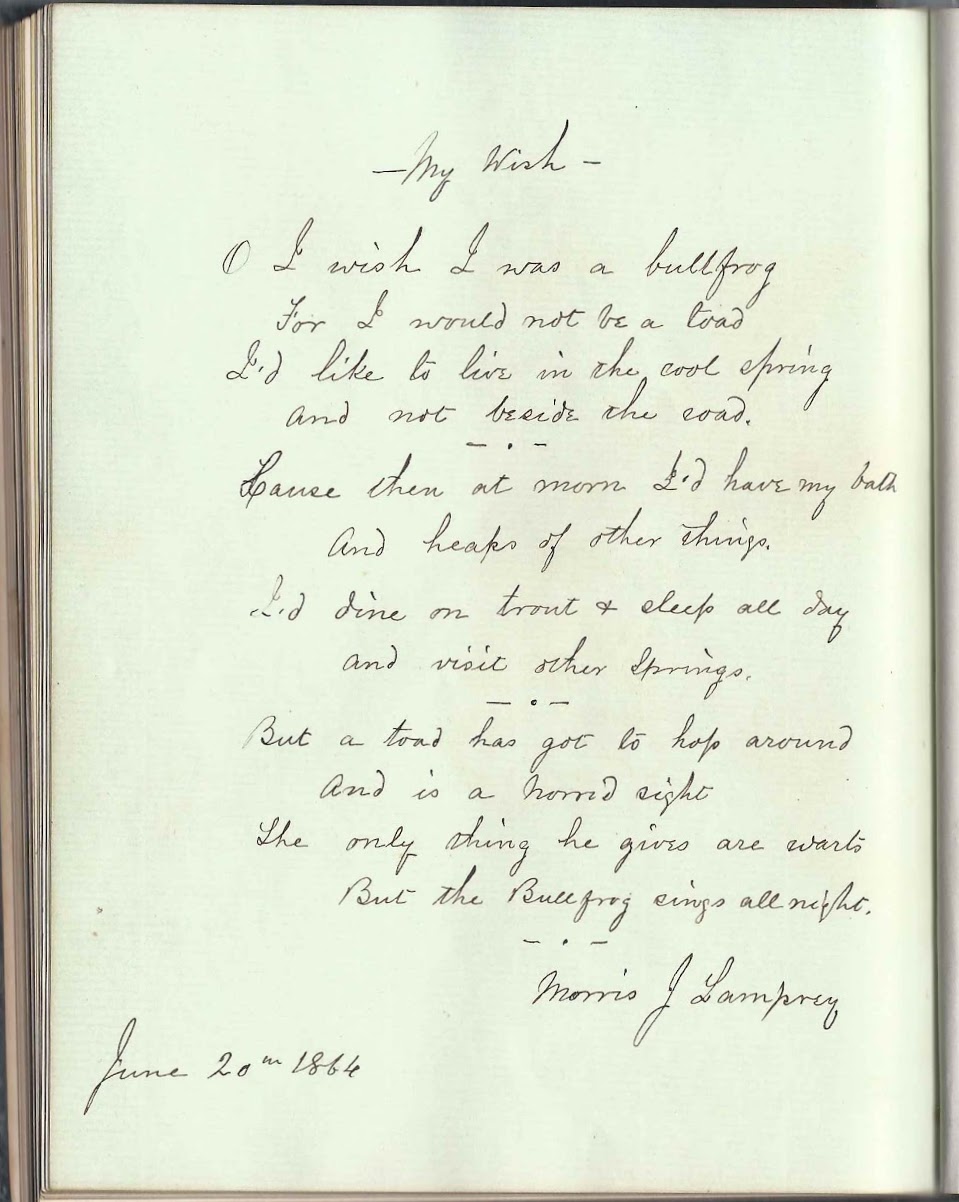 By the time of enumeration of the 1900 Census, Carrie, Morris and their daughter C. Belle Lamprey, perhaps Carrie Belle Lamprey, born about 1867 in New Hampshire, were living at Melrose, Massachusetts.  Morris worked as a machinist.

There's a scrap of paper in the album with a drawing by Dr. George Gray of a woman and child, labeled as "Mrs. Lamprey".  Could this be a drawing of Carrie Avery (Johnson) Avery and baby Carrie Belle Lamprey, perhaps while they were living or visiting at Nashua, New Hampshire?  There was a Dr. George Gray at Nashua, born April 29, 1829, son of John and Hersina (Knight) Gray.  Read more about him and see an image of him here. 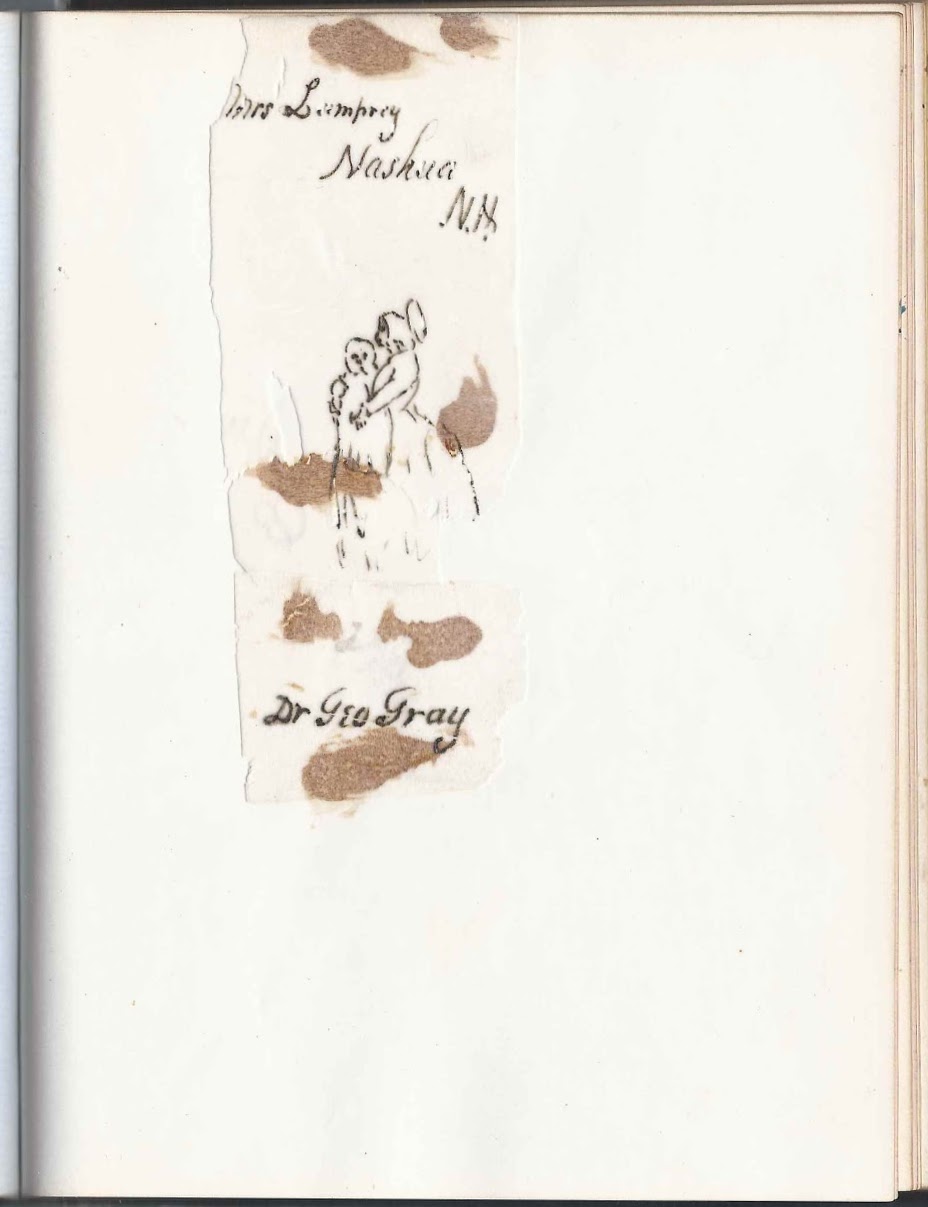 Melrose directories have listings, under the heading "Illustrator", for C. Belle Lamprey and Belle Lamprey.  Presumably she is the artist whose painting appears in this brochure from the "Melrose Mirror".  See another Belle Lamprey painting here. 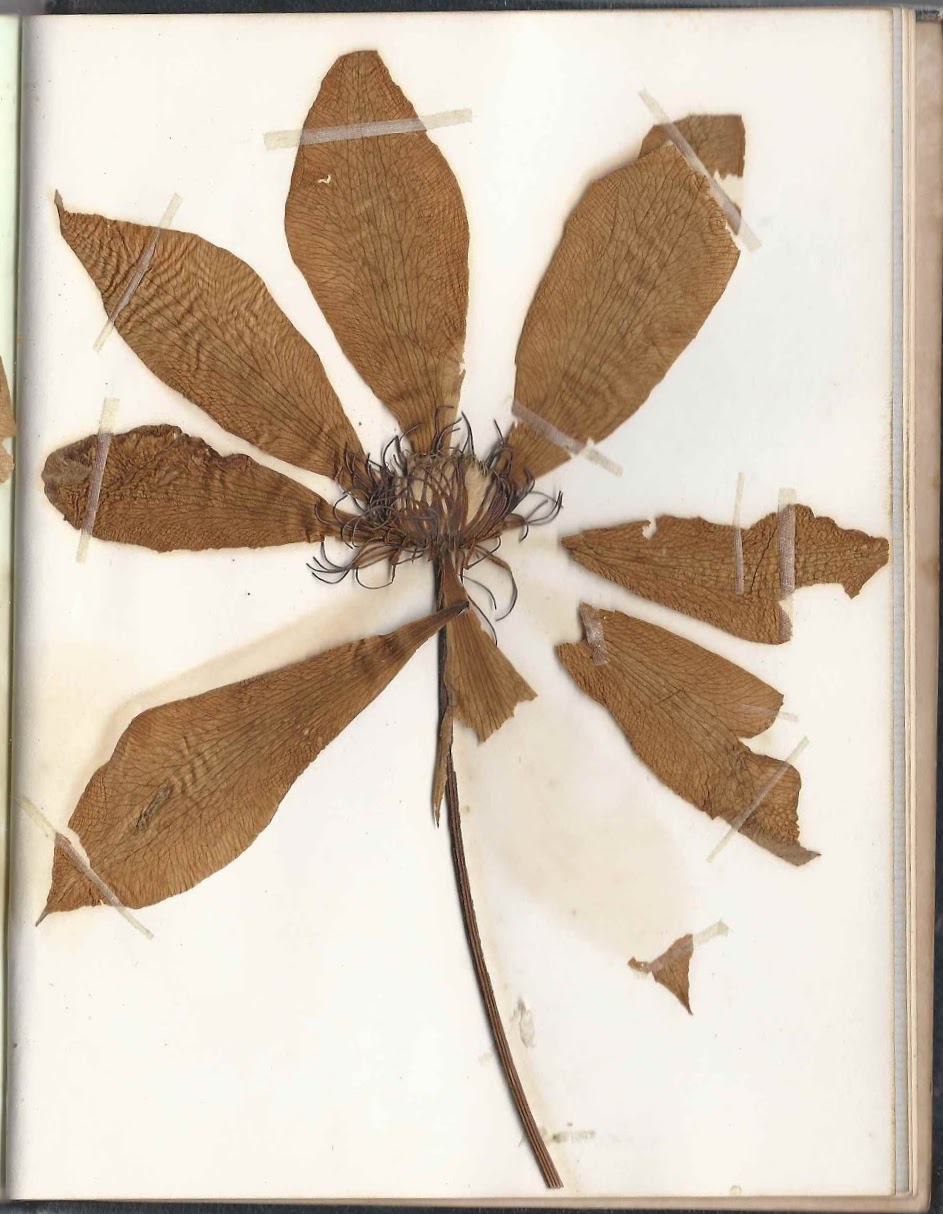 One of the more interesting features of the album is a two-page spread where Dr. B. is leaving a sentiment to Carrie, whom he calls Carrie Avery Johnson Lamprey, as he is about to embark on a journey to Europe in 1864.  It's intriguing to think of what his travel purpose might have been during such a difficult time in the United States. 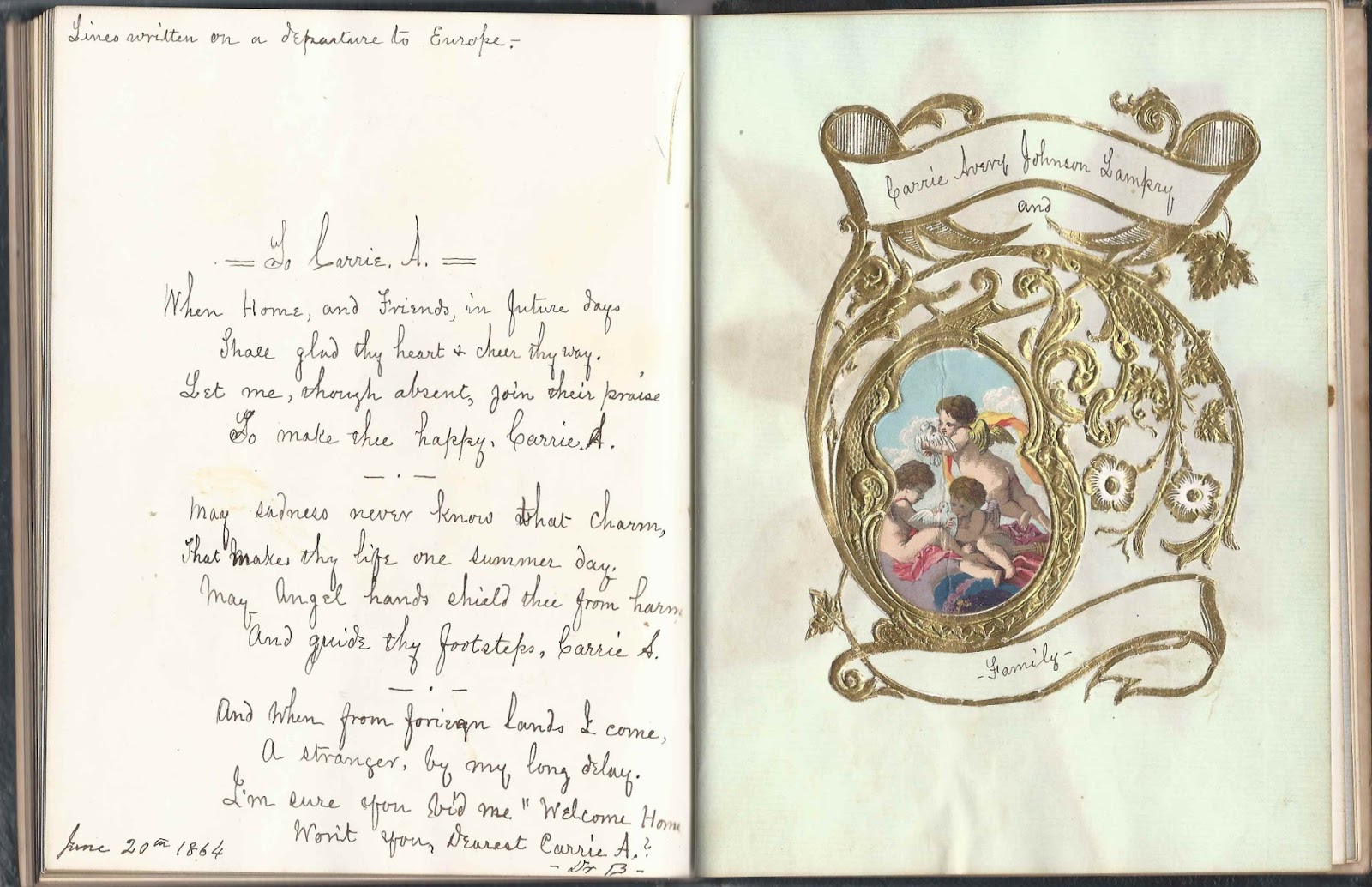 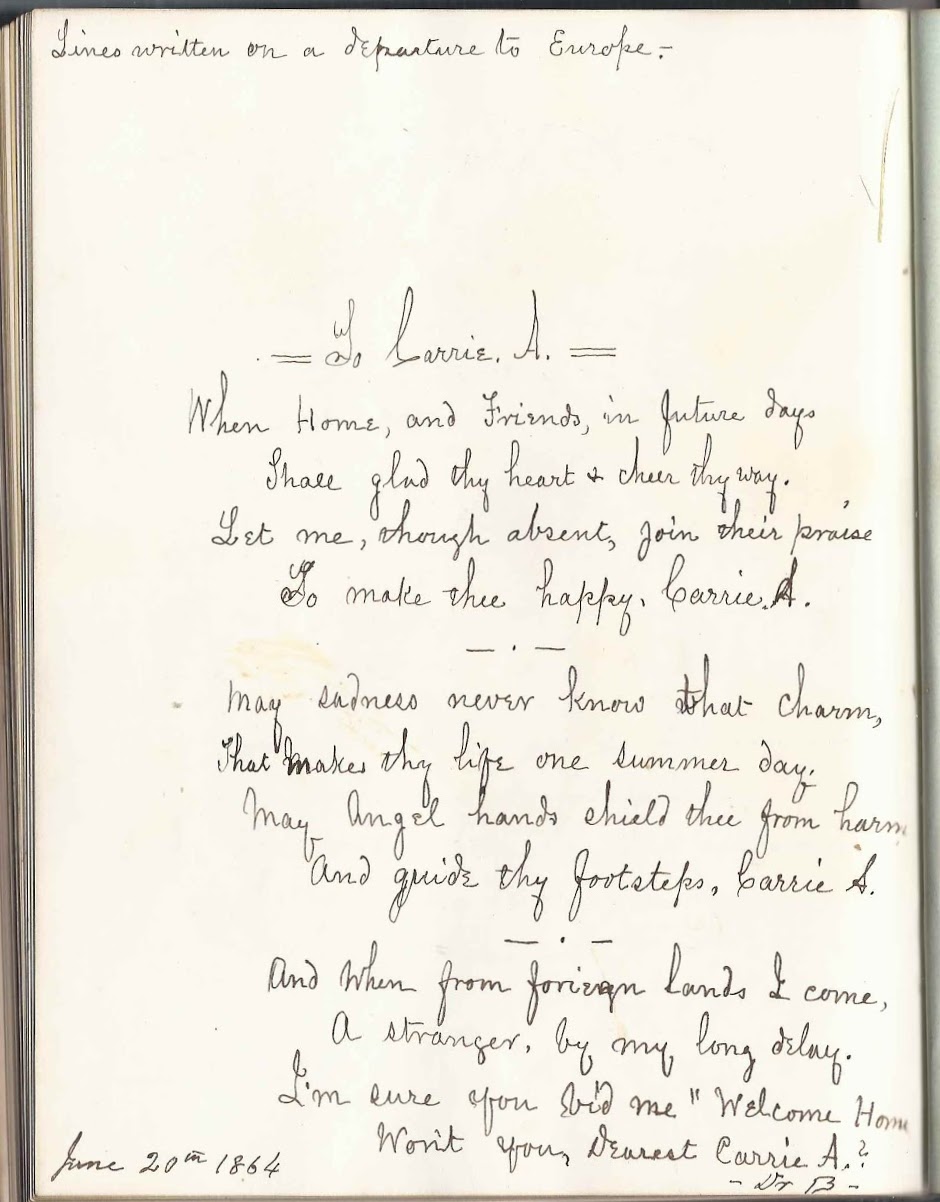 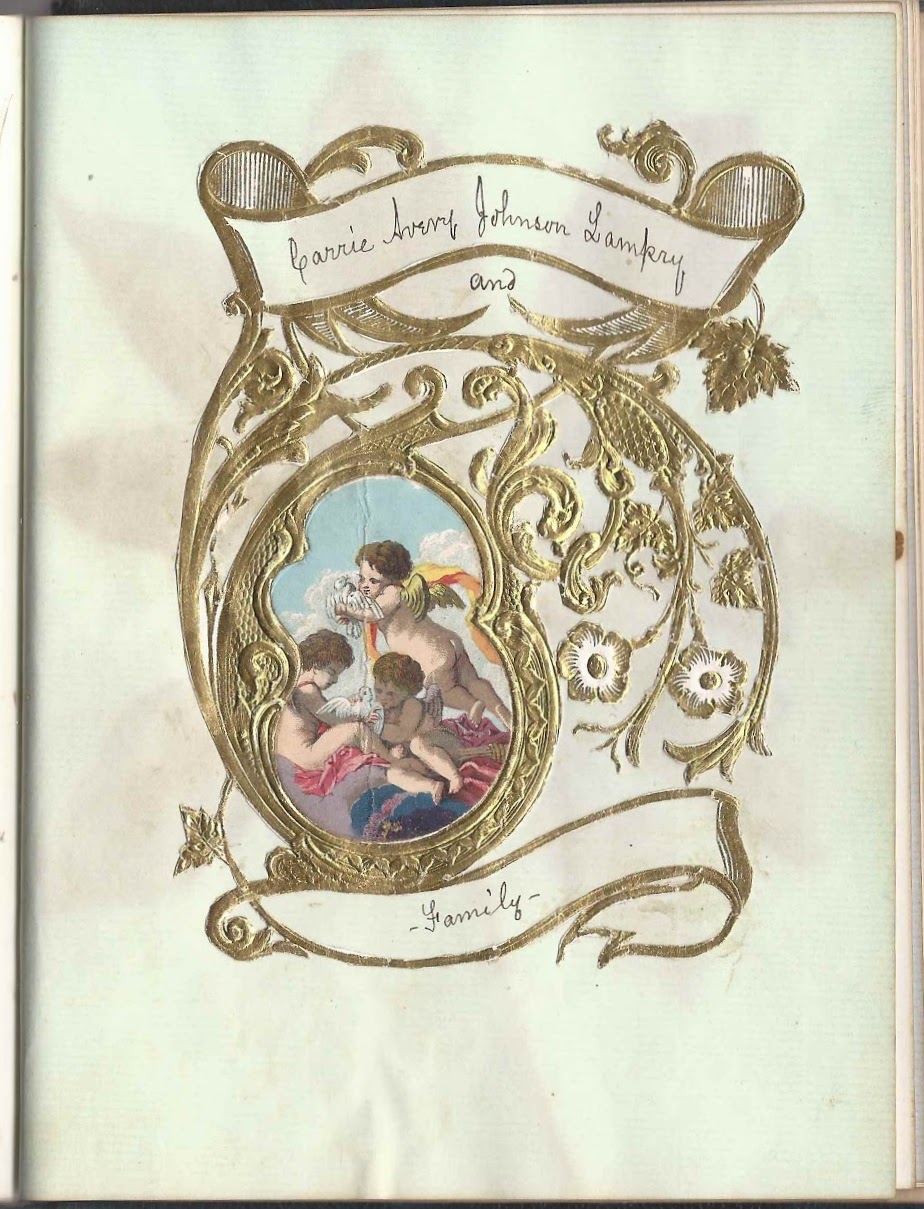