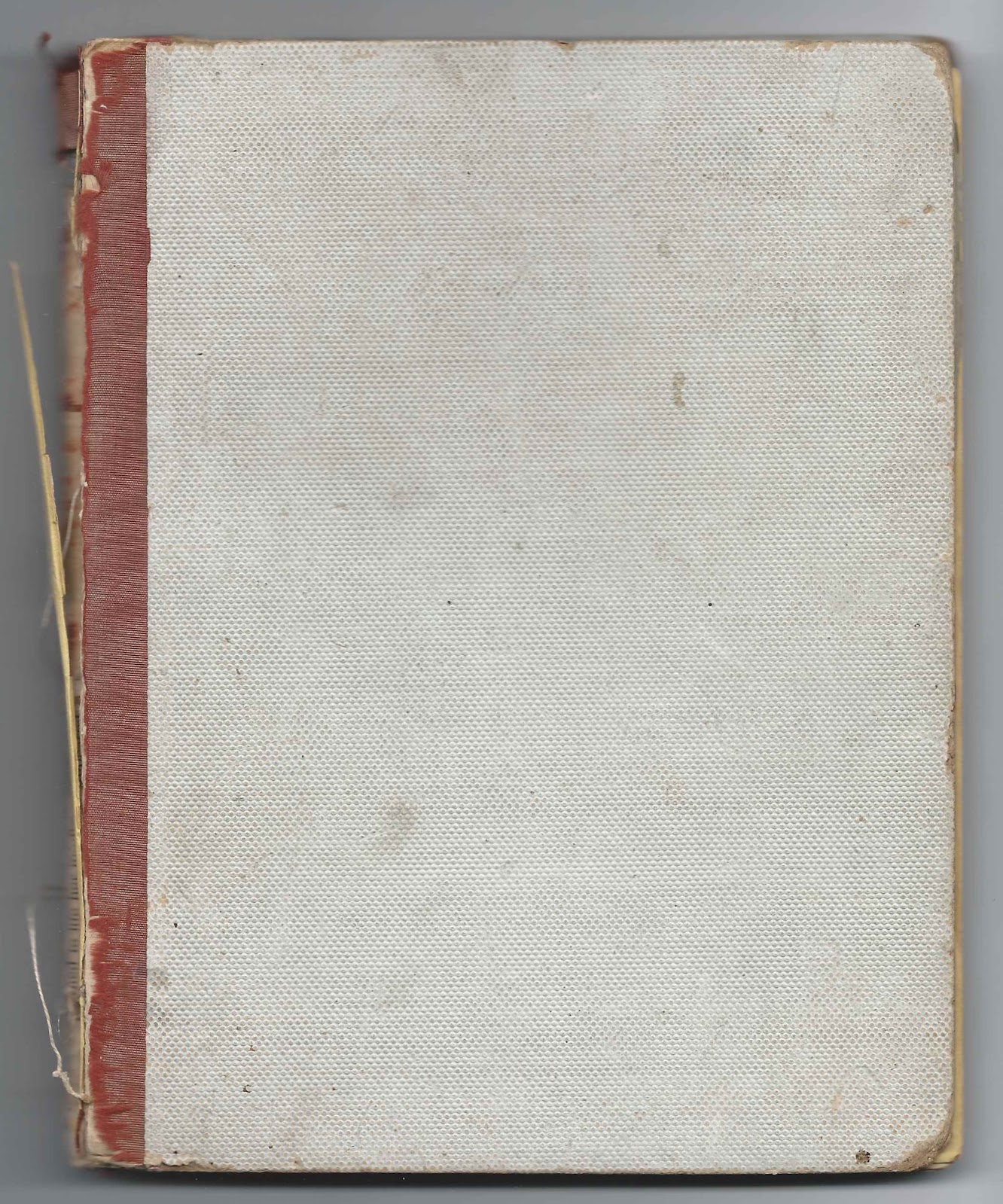 1830s autograph album of Betsey Beardsley of Scipio, New York.  The album was presented to Betsy by A. Tupper, as shown on a blue scrap of paper pasted on the first end paper. The first two inscribed pages, facing pages, in the album were signed by Asa Tupper and the third by A. Tupper, presumably the same person as above.  I believe he was Dr. Asa Wilbur Tupper (1816-1895), son of Josiah and Mercy Mary (Wilbur) Tupper. 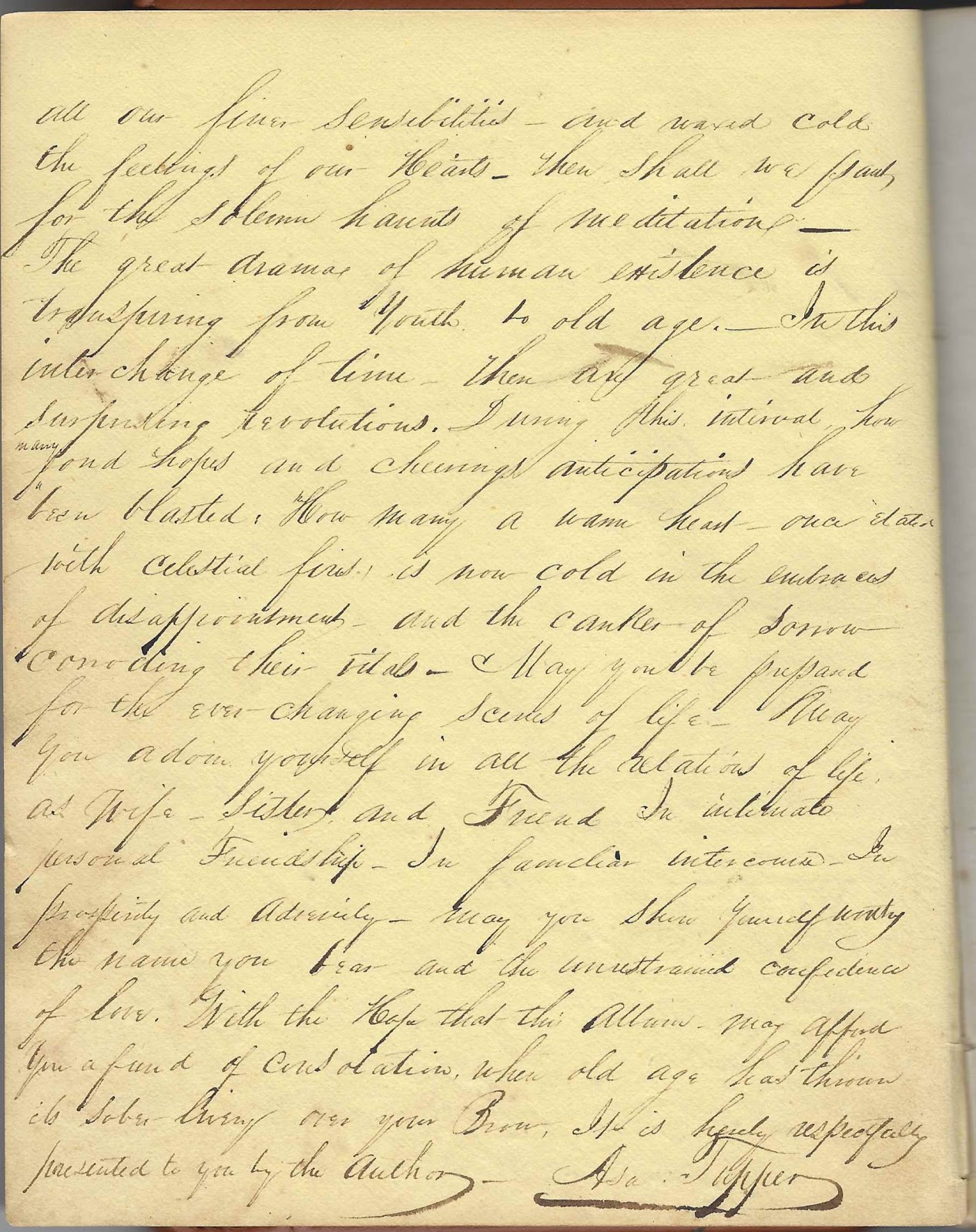 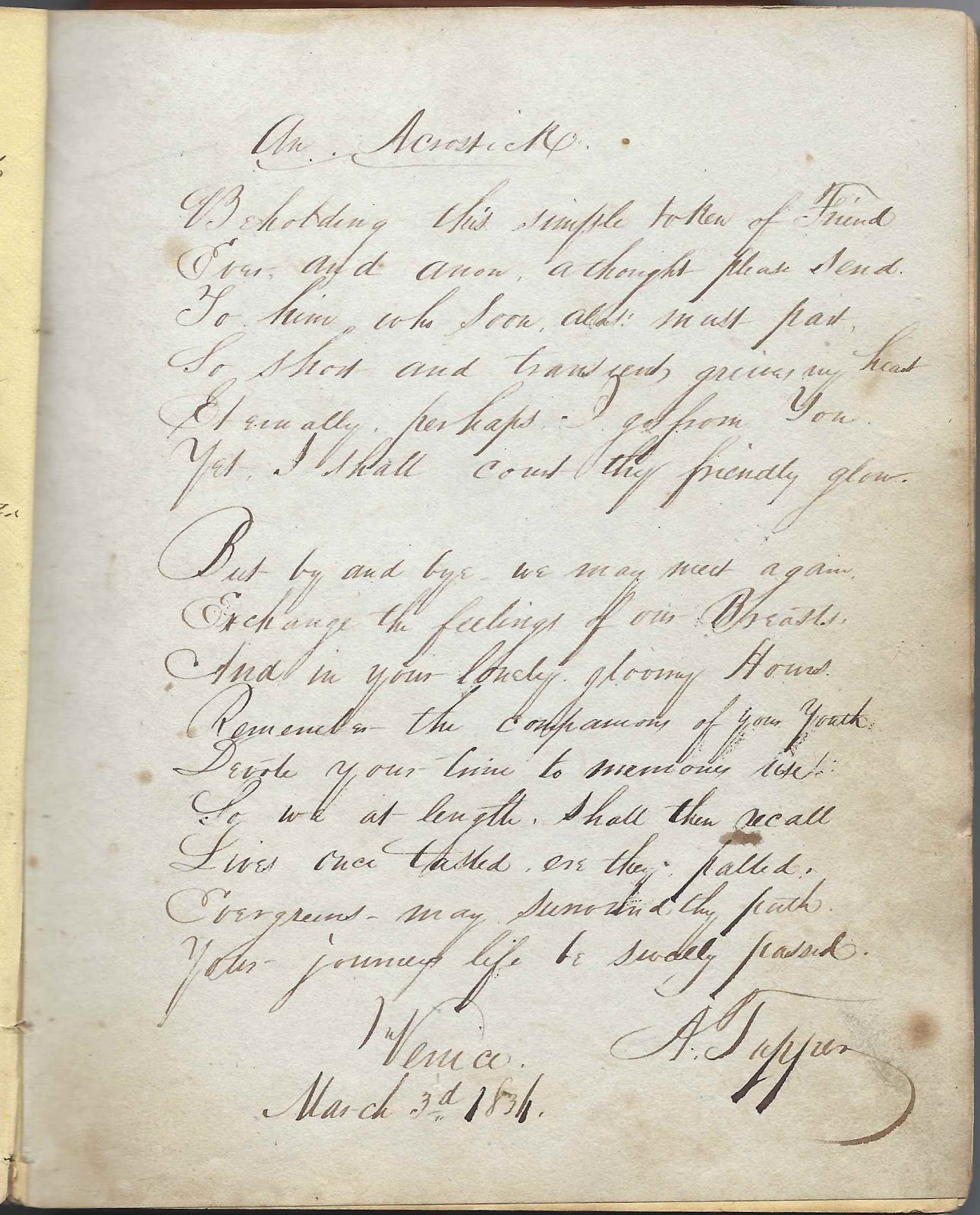 The album is approximately 7-3/4" x 6" and contains the sentiments of 39 of Betsey's relatives and friends.  An alphabetical surname list and an alphabetical list of the signers, together with any personal information they might have offered, appear at the end of this post.

The Young Lady's Remembrancer was published in New York by J. C. Riker in 1833 and includes several engravings interspersed throughout. 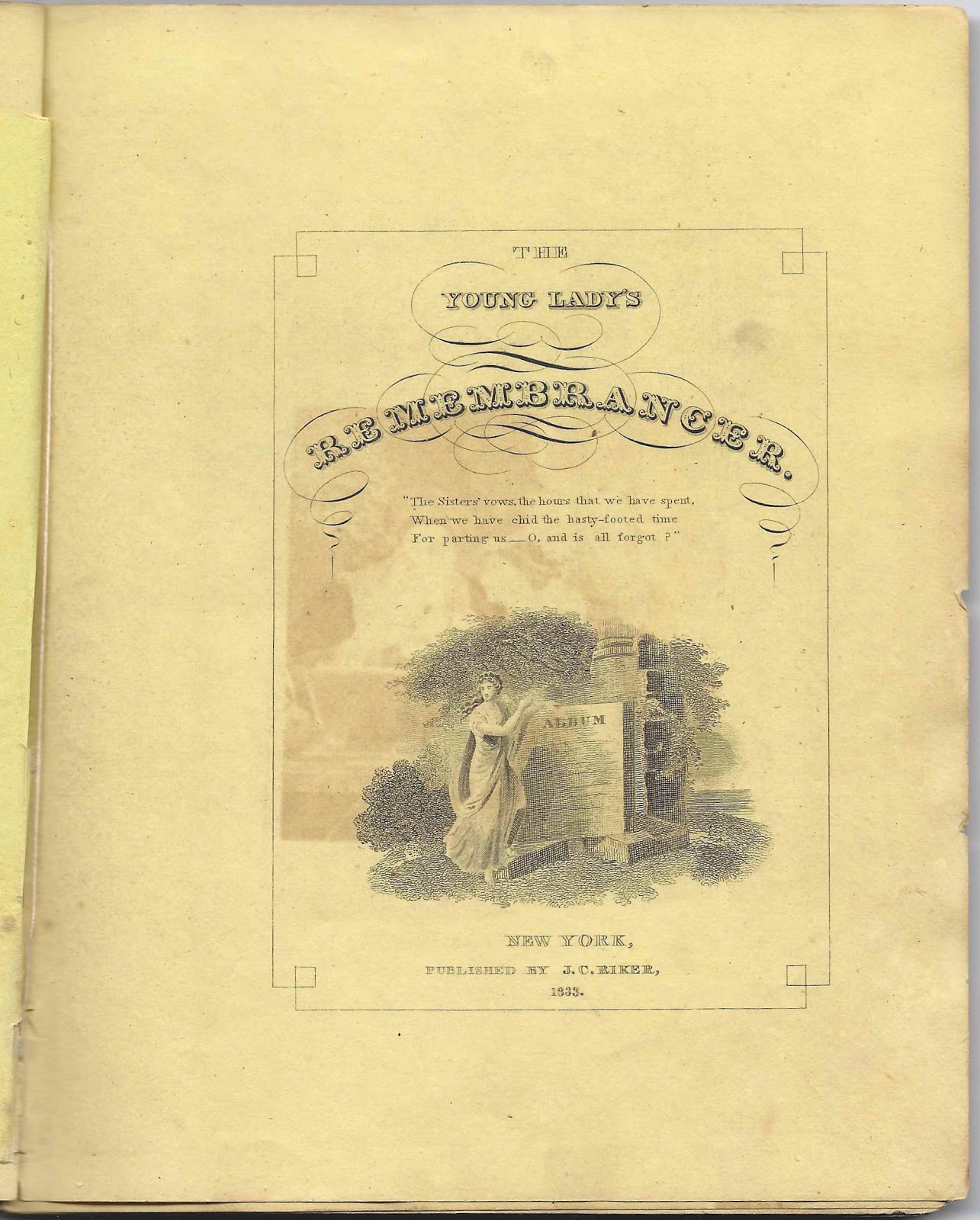 Elizabeth Beardsley, "Betsey", was born 17 June 1820 in New York, I think at Scipio, the daughter of Jared and Betsey (Bennett) Beardsley, both Connecticut natives. 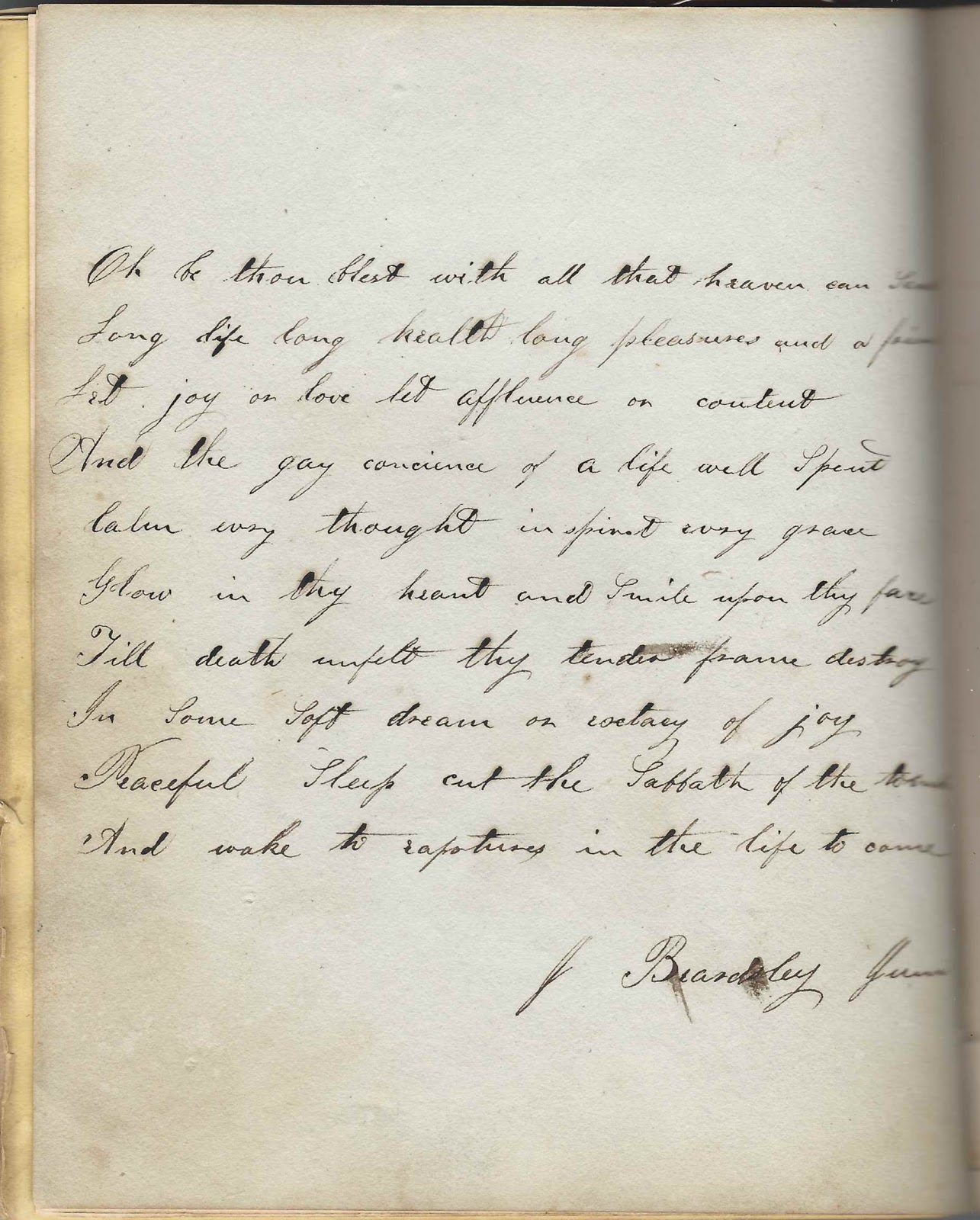 Two people mentioned that they were Betsey's cousin.  One was A. B. of Naples, presumably in New York, who signed a two-page sentiment. 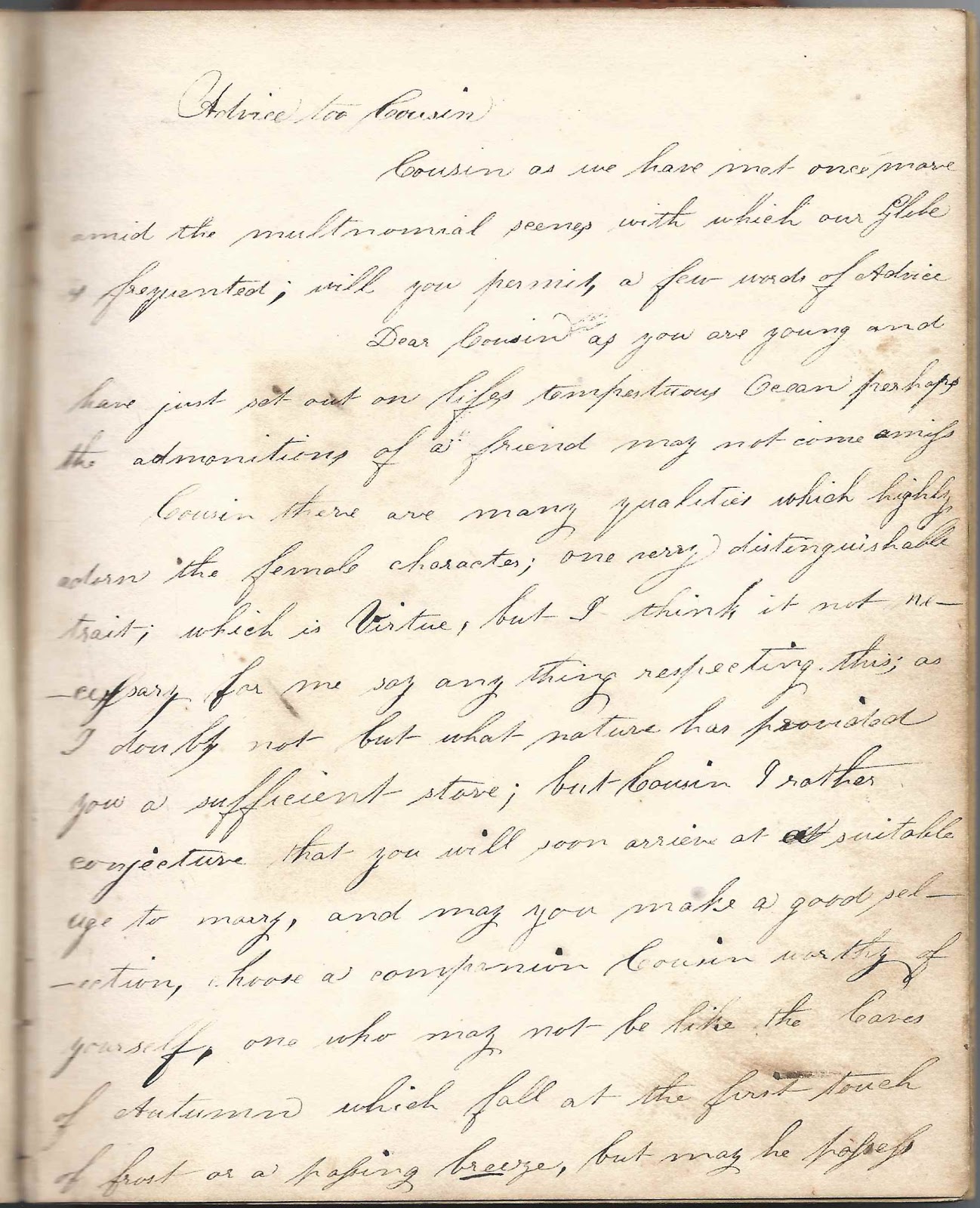 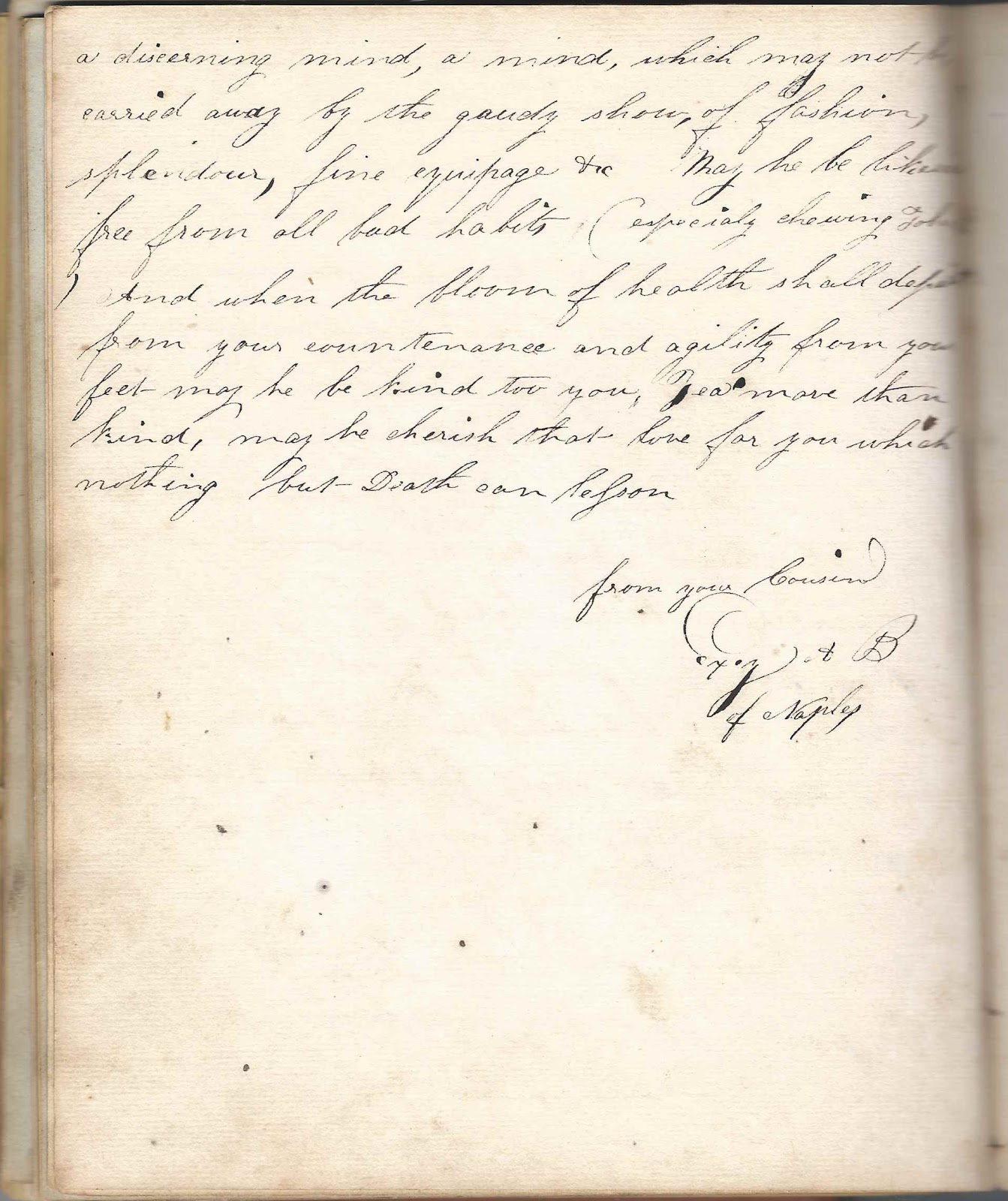 The other was cousin Fayette, who signed on the inside back cover of the album. 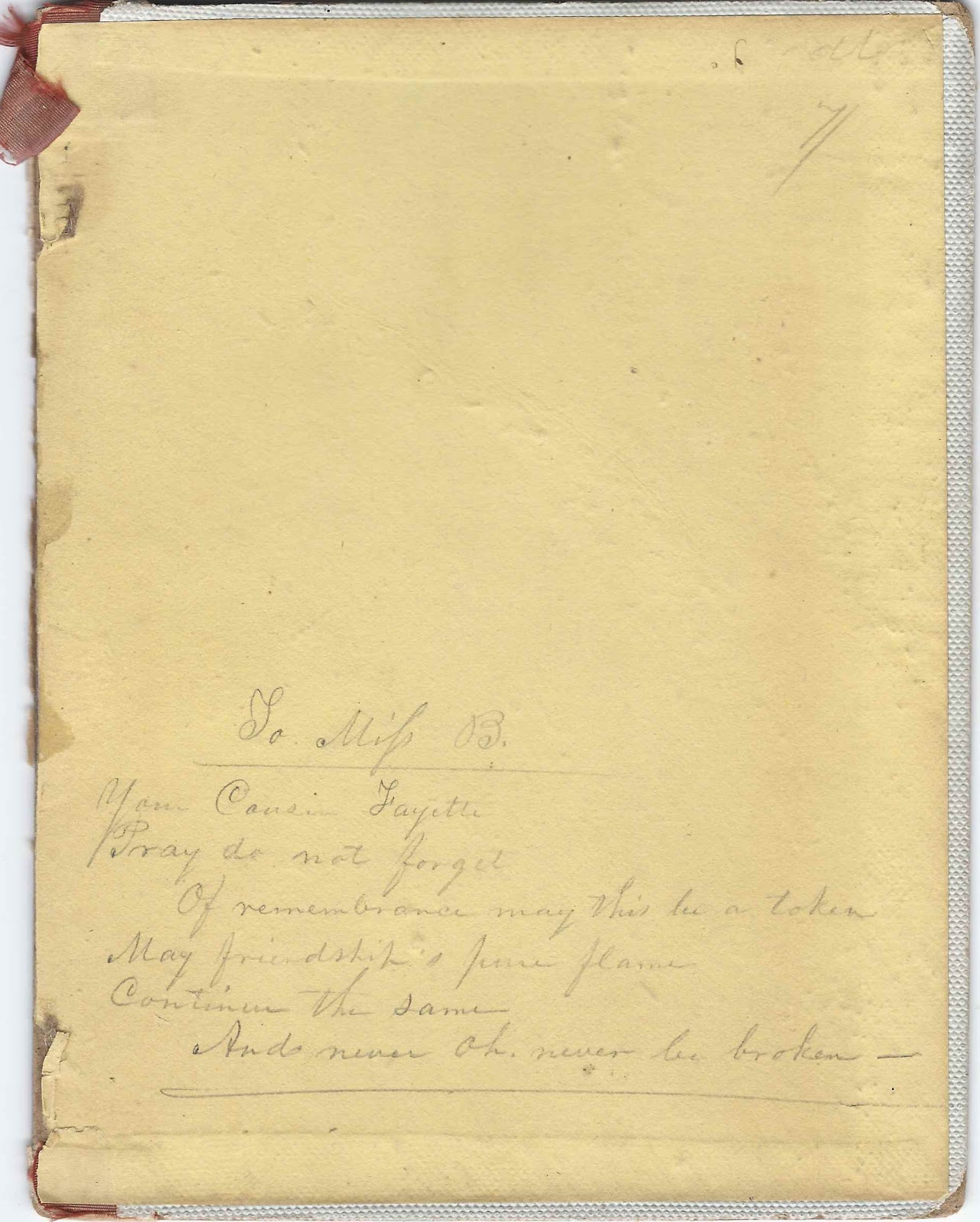 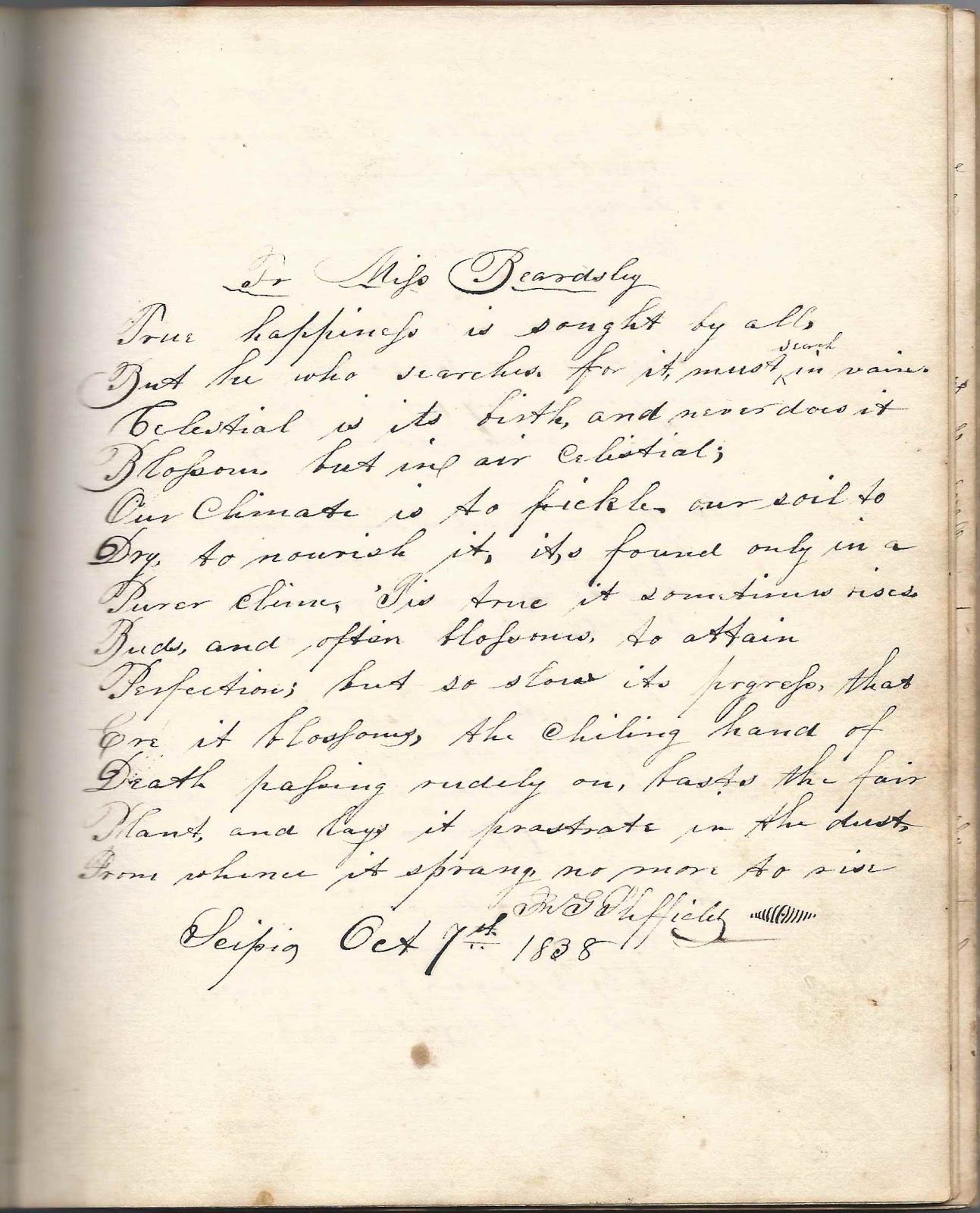 Betsey and John lived at Auburn, New York, at least until the time of the 1860 Census.  Betsey died in 1862, according to the book "William Beardsley of Stratford, Connecticut & His Descendants", though I haven't substantiated that.  After that, it appears that John headed to Michigan and married again.  He died in 1892 and is buried at Battle Creek, Michigan.