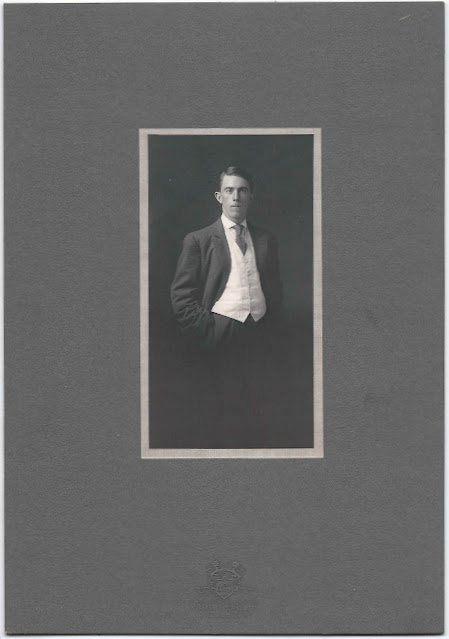 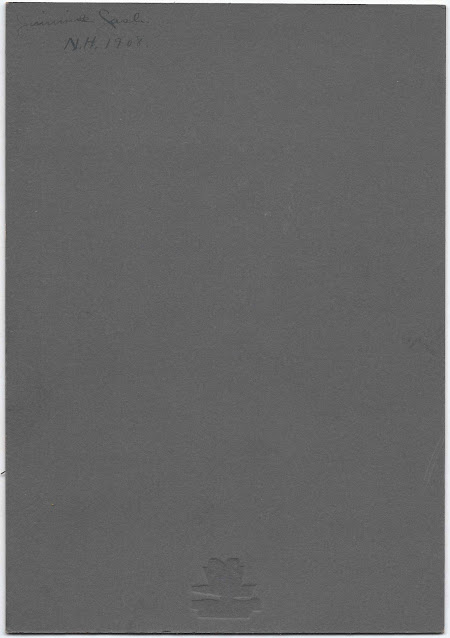 The photograph was found with another 1908 graduation photograph from the same college, that of Oren Lovell Farwell of Harrisville, New Hampshire.

Read the "Individual Record" of James Dennis Cash at New Hampshire College of Agriculture and the Mechanic Arts here.  A 1909 publication, State of New Hampshire Reports 1907-1908, published in 1909, indicates that he was a teacher in New Hampshire.

On 27 June 1923 at Manchester, New Hampshire, James married Esther M. Maloney, daughter of Stephen and Ellen (McCarthy) Maloney.  They had, I believe, two children, a daughter and a son.

If you have corrections and/or information to share, please leave a comment for the benefit of other researchers.  Be careful about leaving information in the comments section about living people.

Posted by Pam Beveridge at 7:32 AM